In the law enforcement area, the vacuum that will be created by the removal of the independent character of the judges will be filled by the Ministry of Defence 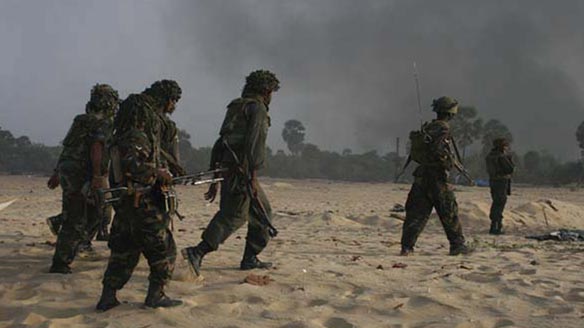 Basil Fernando
The impeachment is not about the individual that is Shriyani Bandaranayake, the Chief Justice. The real issue is about ending the position of the judiciary as a separate branch of the state.

What is now being faced is a momentous transformation of the very structure of governance in Sri Lanka. It is the final completion of the objective of the 1978 Constitution and of the 18th Amendment to that same Constitution.

The process that is now being completed has been pursued for several years through many important events. A brief history of this change is as follows:

b. The 1978 Constitution also removed the power of judicial review which the Supreme Court had from its very inception in 1802. This was a fundamental limitation on the judicial power.

d. Several judges who were in the Supreme Court and the Court of Appeal were not reappointed after the promulgation of the 1978 Constitution. This is known as the dismissal of judges by the Constitution.

e. Article 4 (c) of the Constitution states that “The judicial power of the People shall be exercised by Parliament through courts, tribunals and institutions created and established, or recognized, by the Constitution, or created and established by law, except in regard to matters relating to the privileges, immunities and powers of Parliament and of its Members, wherein the judicial power of the People may be exercised directly by Parliament according to law”. By this the courts were placed below the parliament.

f. Article 107 created an impeachment procedure controlled entirely by the parliament and not in conformity with the principle of the separation of powers and the principles of fair trial as found in Article 14 of the International Covenant on Civil and Political Rights.

g. One more method of undermining the judiciary was to not provide the resources needed for the recruitment of qualified personnel to ensure the quality of the judiciary.

Besides such constitutional provisions there were many other methods by which the judiciary was undermined. Many of the emergency laws and the anti-terrorism laws removed the power of the judiciary to protect the rights of the individual through what has come to be known as ‘ouster’ clauses.

The appointment processes were tampered with by the executive, which took upon itself to appoint the judges of its choice instead of following the proper procedures, which would have ensured that the judges were chosen on the basis of merit and through a fair procedure.

In the case of Sarath N. Silva, the executive directly chose him as a person who would cooperate and collaborate with them and thus created an internal process of undermining judicial independence. The actions done by Sarath N. Silva as CJ to undermine the independence of the judiciary and also displace the legal guarantees on which the rule of law system rested make for a long list, which included the serious harassment of many lower court judges, considerable undermining of established legal procedures, the misuse of the contempt of court law and the continuous harassment and intimidation of lawyers.

The threat of impeachment was used on independent judges, including the first Chief Justice under the 1978 Constitution, Neville Samarakoon.

The use of the media to attack the judges that the government was displeased with as another aspect of this attack.

This is just a short list of measures that have been used to undermine the judiciary.

This long battle against the judiciary is now coming to a final clash by using the impeachment process in the most callous manner, quite blatantly for political purposes.

The result expected is that the judges will be reduced to the same position as other government officers and their unique character as members of a separate branch of the state will be brought to an end.

The consequence of this will be beyond imagination. There are countries where judges are not considered as part of a separate branch of the state but merely as government servants like others of similar status. Some examples are China, Vietnam, Cambodia and Burma. In these countries the judges do not have judicial independence and they mostly perform administrative functions.

The direct results of the judges losing their character as persons belonging to a separate branch of the state are that the citizens will not have any possibility of protecting their individual rights. The protection of individual rights is the sole prerogative of an independent judiciary.

In the law enforcement area, the vacuum that will be created by the removal of the independent character of the judges will be filled by the Ministry of Defence. The paramilitary and the intelligence services will play the role of accusers, judges and executioners. There will be no place to complain with the expectation of a fair hearing. The fate that befell the tens of thousands of disappeared persons will be the same fate that will befall the remaining citizens.

In the coming weeks this final shift will take place unless the people themselves come forward willingly to defend their independent institutions of justice.