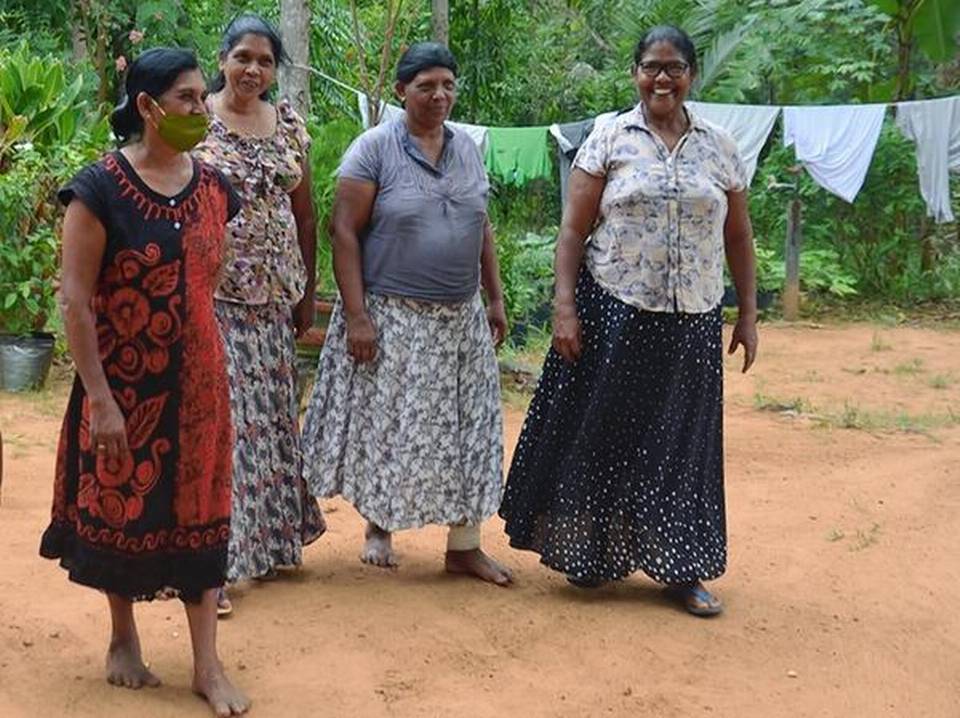 Disillusioned farmers in Polonnaruwa district ask why they must vote when their suffering persists amid unkept electoral promises.

A week ahead of Sri Lanka’s parliamentary elections R.A. Karunavathi, a farmer in Chandana Pokuna village in Polonnaruwa, located in the island’s North Central Province, is looking for a reason to vote. “Why not boycott? We are forced to think like that,” she says, obviously fatigued with polls and politicians.

Polonnaruwa district is known internationally for its evocative rock-cut Buddha sculptures and ancient city — now a UNESCO World Heritage Site — that one strand of popular history traces to the Cholas. It is also the country’s rice bowl, with the district’s farmers producing the highest amount — 3 lakh metric tonnes last year — of paddy in the country.

As droughts, floods and pests took turns in affecting their crop over the last few years, nearly 60 women farmers in Ms. Karunavathi’s village are neck-deep in debt. “It began with one loan to cope with a failed crop.” And then led to another loan to cope with the first loan. And soon, to a third. “Today, we’re trapped in four, five loans each with no way to repay,” she says, speaking of the stifling impact of microfinance loans that came to their doorsteps, with the exorbitant interest rates hidden in fine print.

“We didn’t know or understand the terms when we signed up for these loans. But now, we realise we are paying up to 200 % interest in some cases,” says K.A. Irangani Siriyalatha.

Struggling to repay their loans, some women in their group mortgaged their farmland, while a few died by suicide, amid growing anxiety and harassment from collection agents of the lending companies, according to the women who have got together to make their plight known and seek relief. Their collective effort to build awareness showed them that the problem was bigger than they had imagined. Just like them, thousands of women in the district had taken predatory microfinance loans to survive.

They met several local and national leaders in power. Their campaign drew attention from the highest levels of the former Maithripala Sirisena–Ranil Wickremesinghe government. They even got specific assurances from the Ministry of Finance and the Central Bank. Except that none of the promised relief plans was executed in time.

They voted for a new promise last year. “When President Gotabaya Rajapaksa stood for presidential elections, he said he would solve our problem. He even mentioned it in his manifesto. Since he is not a regular politician, we felt he might be different,” Ms. Karunavathi says, explaining her vote for the retired Lieutenant Colonel nine months ago. “Nothing much has changed so far, but we really hope his government will do something after this election.”

It is widely expected that the Rajapaksas’ Sri Lanka Podujana Peramuna (SLPP or People’s Party)-led alliance will secure a parliamentary majority in the August 5 general elections.

But the women of Chandanua Pokuna have very low expectations from the aspiring elected representatives, including former President Sirisena, from their district.

Mr. Sirisena, who hails from the neighbouring Laksha Uyana village, is in the fray to enter Parliament after re-aligning himself with the Rajapaksas.

While in office, Mr. Sirisena launched the ‘Pibidemu [Awakening of] Polonnaruwa’ programme that included large development projects, and notably a specialty hospital that China gifted to treat chronic kidney ailments common among farmers in the region. But many small farmers remain untouched.

“They thought Polonnaruwa begins and ends in the town area,” says K. Suneth Aruna Kumara, a community worker. The women agreed with him, asking how big development could help those caught between drastically low cultivation and mounting debt.

The challenge facing the women is a more recent symptom of a long-ignored problem, according to farmer groups. Nearly three lakh people in this district are engaged in agriculture, some of whom are landless. While paddy production here is the highest in the country, its procurement and sale are controlled by a handful with known links to powerful politicians, according to M.K. Jayatissa, a farmer and long-time activist. “It is an irony that farmer producing all this paddy are kept like beggars. And those procuring their paddy for low prices, sell it in the market for millions and make huge profits. This situation will change only when farmers are able to take control of the value addition as well,” he notes.

The discontent among farmers, in a country where people eat at least one rice meal a day, tells a larger story of Sri Lanka’s diminishing focus on agriculture, according to T.B. Sarath, General Secretary of the All Ceylon Farmers’ Federation affiliated to the Opposition Janatha Vimukthi Peramuna, who is also contesting polls from Polonnaruwa.

In his view, the trend began after Sri Lanka liberalised its economy in 1977. The sector’s contribution the GDP dropped significantly since. A World Bank survey of 1973 on agriculture, “the largest productive sector” then, states that it contributed 34.7% of the GDP in 1970. By 2018 agriculture’s share to the national GDP dropped to 7%, according to official data.

The last few years have not only witnessed severe droughts and floods, but also recurring farmer protests in different parts of the country, demanding irrigation, fertilizer subsidies and better paddy prices. “But we have not had any serious discussion on our national agriculture policy. Governments don’t care,” Mr. Sarath notes. Barring a few garment factories, the district has seen few industries being set up. Wary of hasty or thoughtless industrialisation, locals emphasise the need for industries based on local resources, including paddy, vegetables and fruits such as wood apple and guava.

Meanwhile, farmers leading precarious lives, wait to see if their distress might reduce, at least a little.

“That is why we vote despite everything, but sometimes I wonder what is the point,” says N.R. Gnanavathy Menike, another farmer repaying multiple loans. “You know, it has been a long time since I slept at night.”