In Sri Lanka, NCDs account for three in four (75%) deaths. 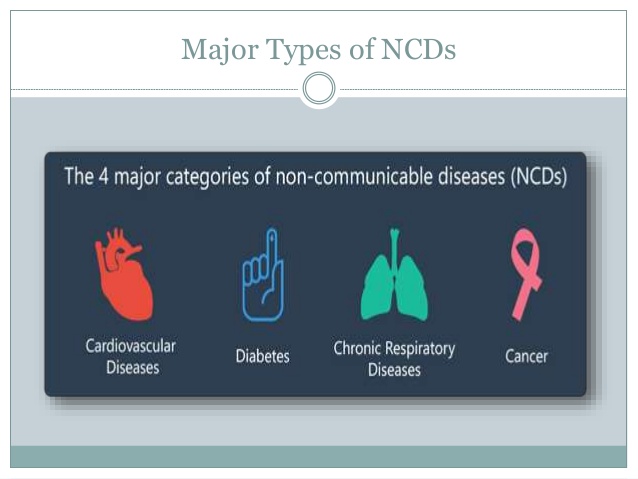 The UN Interagency Task Force (UNIATF) on Non-Communicable Diseases (NCDs) is to visit Sri Lanka to critically assess the country`s action plan, review progress and provide further guidance on how to continue their fight against NCDs.

The UN office in Colombo said that the Task Force mission is scheduled for 23-27 April 2018.

Sri Lanka is among one of the leaders in a global movement striving to beat one of the largest health threats impacting our world today: non-communicable diseases. Typically regarded as conditions of the west, `the big 4’: cardiovascular diseases, cancer, chronic respiratory diseases and diabetes are now a major global health threat that cause over 14 million premature deaths per year.

In Sri Lanka, NCDs account for three in four (75%) deaths, with most deaths being attributed to cardiovascular disease (40%)2. More astoundingly, almost one in five (18%) die before their 70th birthday due to NCDs.

With an increasing number of Sri Lankans taking on the habit of using tobacco, together with the high consumption of alcohol and a lack of physical activity the population are faced with a steady rise in obesity prevalence and other related chronic diseases.

One quarter of the total population is overweight or obese. Excessive salt intake, as much as two to three times the recommended limits, makes hypertension a public health probelm.

These numbers are unacceptably high and with communicable diseases and vaccine preventable diseases entirely under control, NCDs are now Sri Lanka`s biggest public health threat. Modifiable risk factors account largely for the health burden that NCDs are causing Sri Lanka including tobacco use, unhealthy diet, physical inactivity and alcohol use which if not reversed, will reduce the productivity of the workforce, curtail economic growth and trap populations in poverty.

There is growing recognition of the health and societal challenges posed by NCDs, as well as the opportunities that exist for flicking the switch on these epidemics and other related conditions.

To achieve success in the efforts and generate global support and resources for NCD control and prevention, in 2013 the United Nations Secretary-General established the UN Interagency Task Force on NCDs (UNIATF), led by the World Health Organization (WHO).

The Task Force first visited Sri Lanka on a joint programming mission in October 2015. Since then, there has been major progress in Sri Lanka`s fight against NCDs. With support from the UNIATF in working across all sectors, the country has shown powerful commitment in strengthening its fight against NCDs by implementing the National Multi-Sectoral Action Plan on the Prevention and Control of NCDs.

This action plan has seen the introduction of plain packaging for cigarettes, restrictions placed on alcohol availability and taxes placed on both, but there is still more work to be done.

In Sri Lanka, the UNIATF will continue to undertake the joint programming mission, teaming with the UN Country Team to support the Sri Lankan government in its efforts to implement robust, national responses to help the country meet its NCD-related targets in the SDGs.

The health and economic impacts of NCDs are well known. So too are the measures that can be taken to reduce the burden. These include implementing comprehensive programmes on tobacco control, reducing salt consumption, taxing sugary drinks and promoting healthy diets and physical activity, to enhance treatment of and palliative care for people living with a NCD. (Colombo Gazette)