Impeachment: A view form NGOs- A danger of international isolation 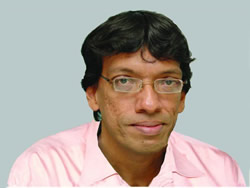 Jehan Perera
The impeachment process launched by the government against Chief Justice Shirani Bandaranayake has entered its most contentious and controversial phase. The Parliamentary Select Committee appointed to look into the charges against her has declared that she has been found guilty on three counts and innocent of two others. There were a total of fourteen charges against the Chief Justice. The Opposition members appointed to the committee had earlier withdrawn from it and the Chief Justice herself had refused to continue to appear before it citing bias.
The belief that justice is being done in these circumstances would require a leap of faith. The Bar Association of Sri Lanka has taken a decision to go on a token strike on Wednesday. Many international legal and judicial associations, in which Asians have leadership roles, have got activated in opposition to the impeachment. This is generating a negative wave of opinion internationally.

It is unfortunate that the government so dominant within the country should be isolating itself from the international community. The government appears to believe that opening embassies in hitherto unknown African countries will make it new friends and receive the votes at international forums that will safeguard it from international sanctions. But, the government also needs to keep its international stature and reputation high within its own Asian neighborhoods and not be lulled into a sense of complacency by their diplomatic statements. There was a time when Sri Lanka was the cynosure of the world on account of the relatively high quality of life it provided to its people even with limited economic resources. The governmental leaders of some of these countries may speak today at international forums in favour of Sri Lanka and expect the favour to be reciprocated at a future date. However, what they really think about Sri Lanka’s government and its leadership may be quite different.

An international conference recently took place in Singapore that was attended by academics, media professionals and political analysts from several Asian countries. The theme of discussion was how the media could contribute to counter terrorism and violent extremism. The conference was hosted by the National University of Singapore, which is the premier State-run university in that country. Singapore is known as a country that is by no means sympathetic to either terrorism or to violent extremism. On the contrary it is a country that gives a very high priority to national security. At the same time it gives a great deal of emphasis to ensuring that there is inter-ethnic harmony by treating its different ethnic and religious communities with equal respect and trust. The off-the-record opinions voiced by participants about the situation in Sri Lanka were more negative than what appears in the public domain. It is a serious cause for concern by Sri Lankans who think about the future.

It was noteworthy that none of the participants at the conference regretted the demise of the LTTE. The issue of how the war ended did not loom large to them. The war ended over three and a half years ago and is a fading memory to the world at large, including the vast majority of its academics, media professionals and political analysts. What they are concerned about is what is happening today in post-war Sri Lanka. Like many in Sri Lanka they, too, expected there to be a sharp improvement in the human rights situation, especially in relation to the political rights of the Tamil minority. The common opinion that was expressed at this conference was disappointment that Sri Lanka had not gone forward to sustainable peace after the end of the war, by finding a solution to Tamil grievances. Now the impeachment of the Chief Justice makes them think that lack of democratic practice is at the root of the problem.

The government’s post-war foreign policy priority appears to be one of protecting its leadership and the military from international war crimes charges. The government leadership is rightly concerned, along with the general population, that the issue of alleged war crimes in the last phase of the war is a threat to it. International human rights organizations and those who function as custodians of the international criminal justice system will continuously exert pressure on Sri Lanka until these matters are investigated to their satisfaction. This has to be a matter of concern to all in the country, but most specially those who can one day be charged for these offenses. However, the issue of how Sri Lanka ended the war with the LTTE is not the only or even the main concern of many in the international community.

It can be believed that the international community as a whole, possibly including Russia and China, would wish to see Sri Lanka resolve its ethnic conflict that gave rise to war through a political solution. They would also stand for the rule of law and respecting the independence of the judiciary. This was the clear message that came out at the conference in Singapore. The opinion of those few academics, media professionals and political analysts interested in Sri Lankan affairs will go a long way in shaping the thinking of the foreign ministries of their countries. The government and its leadership will be making a serious mistake if they believe that they can protect themselves from this problem by ensuring that Russia and China are there to deliver a veto to any international move at the UN. Those are also countries that seek to be respected members of the international community and will not wish to be identified as supporters of countries that defy international norms.

In winning the war against the LTTE the government achieved a victory that few thought was possible and thereby gained international recognition. Political and military analysts in all parts of the world will now study the Sri Lankan model of militarily quelling the challenge posed by terrorism. However, the government is losing out where it concerns post-war developments, most notably the provision of full democratic rights to the Tamil people and now, the respect for the independence of the judiciary. By not dealing with the roots of the political problem that gave rise to terrorism and extremist violence the government is losing the battle for favourable international opinion.

Most of the participants at the conference in Singapore had the impression that the government was suppressing the Tamils after winning the war. The absence of a political solution that the government can credibly show the world contributes to this negative impression. This is added to by acts of violence and suppression of democratic freedoms that occur at regular intervals. The assault by security forces on university students in Jaffna who were lighting lamps on Nov. 27, the date formerly commemorated by the LTTE as their Heroes Day, and the manner in which the security forces handled the situation has added to this negative impression. Even journalists who were covering the incident were assaulted. Now, making an even worse impression, the government is impeaching its own Chief Justice who has been the country’s first ever woman to hold that position.

The government is engaging in this act of impeachment in defiance of the public opinion voiced by the totality of the country’s religious leadership and also the bar associations in the country. The rapidity with which the Parliamentary Select Committee, or what is left of it, has been proceeding with the impeachment cannot impress any objective outsider as being the actions of a government that respects democratic procedures.  It is necessary to recognize that in the absence of a political solution these incidents will serve to polarize Sri Lankan society and convince the international community that the ethnic minorities cannot expect justice from the government when its own Chief Justice is being treated unjustly. Tragically, such actions can be expected to be to the detriment of the country and its political leadership in the years to come unless the government changes course even now, as it can.
Courtesy – The Island