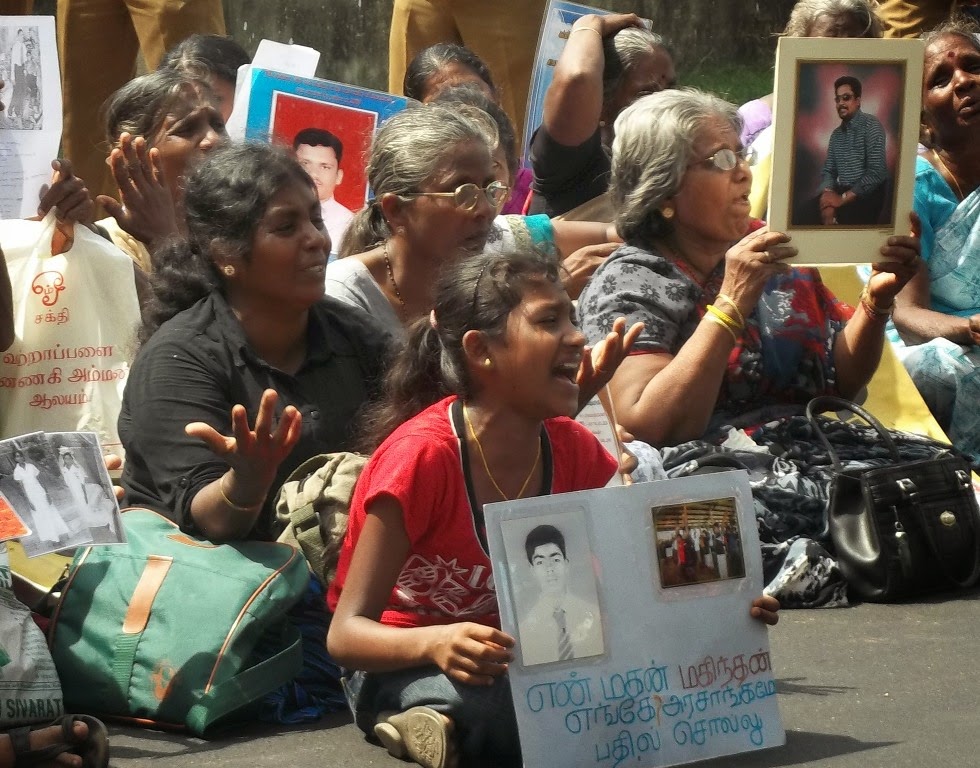 Additionally, she has mobilised families in Killinochchi to attend various hearings, protests and meetings and has received visiting diplomats and media personnel. She is the mother of three boys, two of whom have been killed and one of whom is missing, as well as her daughter.

That night, a police spokesperson stated on BBC Tamil that a shooting incident had taken place in Tharmapurum that morning in which a police officer had been injured. He stated that the suspect had escaped but that the house where the suspect was hiding had been identified and two women are being investigated.

In Sri Lanka, the protracted civil war between the government and the Liberation Tigers of Tamil Eelam (LTTE) resulted in continuing violence and political tension which still obstructs the work of human rights defenders. The freedoms of expression, assembly and association are seriously limited in the country.

Front Line Defenders is concerned that the house arrest and continuing investigation of Balendran Jayakumari and her daughter are solely motivated by the human rights defender’s peaceful and legitimate work for justice and a free and open society in which all human rights are respected.

Front Line Defenders urges the authorities in Sri Lanka to:
Immediately and unconditionally release human rights defender Balendran Jayakumari and her daughter as the investigation against them is solely motivated by her peaceful and legitimate work in defence of human rights;

Carry out a thorough, impartial and immediate investigation into the killing of Balendran Jayakumari’s two sons and the disappearance of the other with a view to publishing the results and bringing those responsible to justice in accordance with international standards;