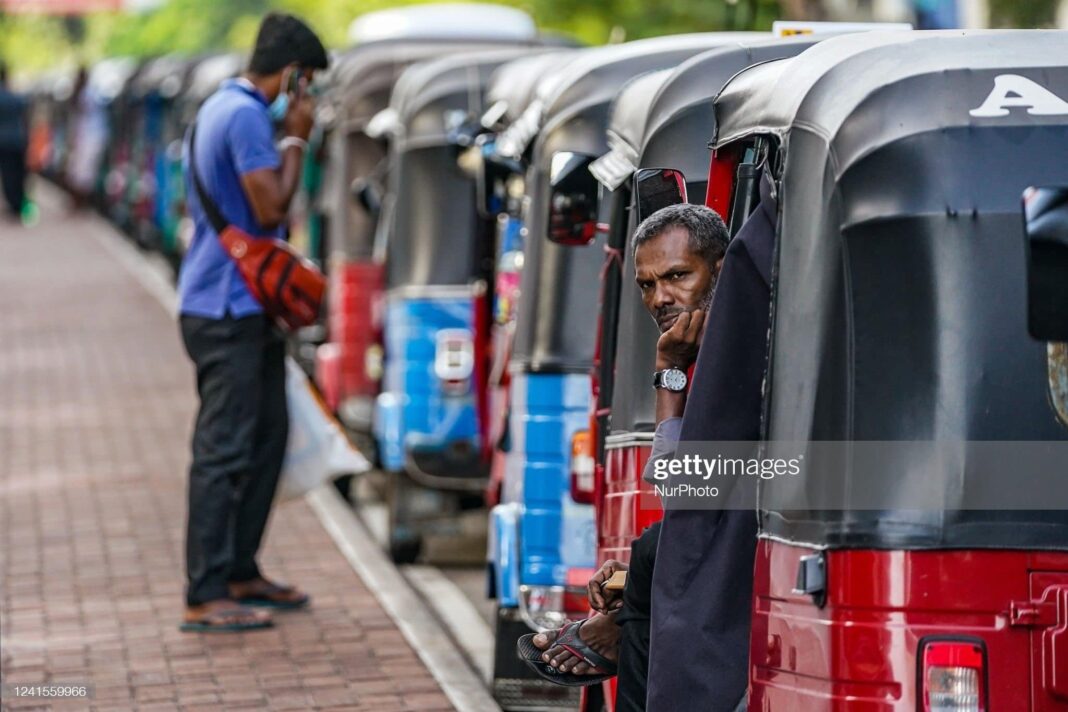 The International Monetary Fund has ended talks with Sri Lanka, failing to conclude a deal for a bailout package for the near-bankrupt nation after 10 days.

Nevertheless, in a statement released around noon Sri Lanka time on Thursday, the IMF promised to keep up the talks, which began on June 20. “The discussions will continue virtually with a view to reaching a staff-level agreement on the extended fund facility or EFF arrangement,” it said.

The EFF was established to assist countries with “serious payment imbalances,” according to the IMF. In addition, it provides support for policies “needed to correct structural imbalances over an extended period.”

Sri Lanka, an island nation of 22 million people, is facing its worst financial crisis since independence in 1948, which has left it struggling to pay for fuel and forced it to default on some foreign debt.

Left with just enough fuel for about a week and fresh shipments at least two weeks away, Sri Lanka has imposed restrictions on supplies, limiting them for use for public services like trains and buses and those relating to the health sector, Reuters reported. The ban is scheduled to last two weeks.

Noting that public debt is assessed as unsustainable, the IMF said executive board approval of a package would require “adequate financing assurances from Sri Lanka’s creditors that debt sustainability will be restored.”

The lack of a bailout package defied the expectations of an expert CNBC spoke to earlier in the day.

″[Sri Lanka is] very close to reaching what is called a staff level agreement [with] the Fund [on] the set of policies and programs that Sri Lanka would undertake in order to bring down the fiscal deficit and make the fiscal debt sustainable,” Devarajan told CNBC’s “Squawk Box Asia” on Thursday.

VIDEO03:27
Sri Lanka is on the verge of becoming a ‘fragile state,’ says professor

He traced the genesis of the current problem to tax cuts three years ago. “We are in this mess at the moment…because in November 2019, the government cut taxes substantially. The value added tax rate went from 15% to 8%,” Devarajan said.

He added that the country is on the verge of becoming a “fragile state.”

“It has all the characteristics [of a fragile state] at the moment. It’s not just the protests in the streets, but … the queues for fuel,” he said, adding that there are now confrontations with the army and the police in various places.

“People have been killed; there have been some shootouts. So this is a very dangerous situation to be in,” Devarajan said.

Sri Lanka has closed schools in urban areas and officials have urged the country’s residents to work from home.

Meanwhile in the end of the mission statement IMF says:

At the end of the mission, Messrs. Breuer and Nozaki issued the following statement:

“Sri Lanka is going through a severe economic crisis. The economy is expected to contract significantly in 2022, while inflation is high and rising. The critically low level of foreign reserves has hampered the import of essential goods. During the in-person visit, the team witnessed some of the hardships currently faced by the Sri Lankan people, especially the poor and vulnerable who are affected disproportionately by the crisis. We reaffirm our commitment to support Sri Lanka at this difficult time in line with the IMF’s policies.

“The authorities’ monetary, fiscal policy and other actions since early April were important first steps to address the crisis. The team had constructive and productive discussions with the Sri Lankan authorities on economic policies and reforms to be supported by an IMF Extended Fund Facility (EFF) arrangement. The staff team and the authorities made significant progress on defining a macroeconomic and structural policy package. The discussions will continue virtually with a view to reaching a staff-level agreement on the EFF arrangement in the near term. Because public debt is assessed as unsustainable, Executive Board approval would require adequate financing assurances from Sri Lanka’s creditors that debt sustainability will be restored.

“In this context, discussions focused on designing a comprehensive economic program to correct the macroeconomic imbalances, restore public debt sustainability, and realize Sri Lanka’s growth potential. Discussions advanced substantially during the mission, including on the need to reduce the elevated fiscal deficit while ensuring adequate protection for the poor and vulnerable. Given the low level of revenues, far-reaching tax reforms are urgently needed to achieve these objectives. Other challenges that need addressing include containing rising levels of inflation, addressing the severe balance of payments pressures, reducing corruption vulnerabilities and embarking on growth-enhancing reforms. The authorities have made considerable progress in formulating their economic reform program and we are looking forward to continuing the dialogue with them.

“We would like to thank the authorities for the candid approach and warm hospitality and are looking forward to continuing our discussions in support of Sri Lanka and its people.”