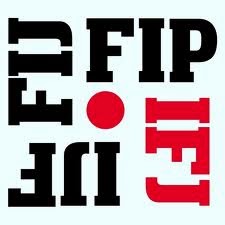 The International Federation of Journalists (IFJ) has called for a strong international protest in response to the outrageous arrest of two highly-respected human rights advocates in Sri Lanka late last night.
Ruki Fernando, one of Sri Lanka’s most prominent human rights activists and close friend of the IFJ, was detained alongside Fr. Praveen Mahesan, a Roman Catholic priest and the former director of the Jaffna-based Center for Peace and Reconciliation, around 10 p.m. on March 16 in Kilinochchi by Sri Lanka’s Terrorist Investigation Division. The pair was meeting villagers in the area to investigate recent police and military harassment of villagers.
Grave fears are held for the safety of the two men while they remain under arrest. A division spokesperson Ajith Rohana said they were arrested on charges of “creating communal disharmony and inciting racial hatred.” The two were transferred to Colombo for further interrogation.
IFJ said: “It is reprehensible that the Sri Lankan Government would lay these charges against brave and dedicated campaigners for human rights and free speech. These arrests are part of a disturbing pattern of harassment, intimidation and detention aimed at silencing voices in Sri Lanka – a pattern that is on the increase and that is observed by journalists and human rights globally.”
These arrests fit within what IFJ affiliate the Free Media Movement (FMM) describes as a “war against journalism” in Sri Lanka. Since 2005 more than 80 journalists have been forced to flee the country.
In a statement, IFJ affiliate the Free Media Movement (FMM) said: “Ruki Fernando is a leading human rights defender in Sri Lanka, who works tirelessly with immense commitment to protect and promote democratic rights including freedom of expression rights. Fr. Mahesan is a religious leader who enjoys people’s confidence and respect for his dedication to humane ideals, including human rights.
The IFJ said: “For his dedication and readiness to help the cause, Ruki Fernando has earned huge respect among his colleagues in Sri Lanka and around the world. He has written several articles documenting human rights and freedom of the press violations in Sri Lanka.
As the attention of the ongoing Human Rights Council (UNHRC) sessions in Geneva is drawn to Sri Lanka’s human rights record, these arbitrary arrests reconfirm the intensifying suppression of media and human rights each time the Government of Sri Lanka comes under scrutiny on human rights issues.
IFJ said: “These are outrageous charges that cut deep to the heart of the deeply disturbing human rights issues confronting Sri Lanka. The frequency of these assaults demonstrates that the Sri Lankan Government believes it can ignore global opinion.” The IFJ, FMM and the IFJ affiliated Sri Lanka Working Journalists Association (SLWJA) call for their immediate release as well as access to their families, lawyers and medical aid.
For further information contact IFJ Asia-Pacific on +61 2 9333 0950
The IFJ represents more than 600,000 journalists in 131 countries
Find the IFJ on Twitter: @ifjasiapacific
Share
Facebook
Twitter
WhatsApp
Pinterest
Email