If Tamils launch a nonviolent campaign for their rights what would be the consequences? – Sampanthan 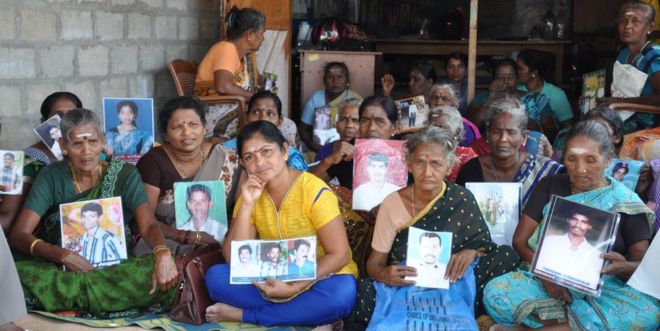 I am deeply honored to be able to say few words on this memorable occasion where we are felicitating Hon Mangala Samaraweera on his completion of 30 years in active political service. I will commence my speech by saying few words about Hon Mangala Samaraweera. He had been abroad for some time on his return to Sri Lanka he was elected to parliament in 1988 from Matara he has continued to represent Matara in Parliament. He has been a vivacious  and versatile political personality in this country. He has held several portfolios Post and sTelecommunications,, Urban Development , Port Development, Foreign Affairs,, Media, and Finance amongst others. He has generally left the impression of being a Minister who discharged his duties competently and efficiently with honesty and integrity and that if i might say so is not an insignificant achievement in the Sri Lankan context.

Hon Mangala Samraweera also left his imprint on Human rights in this country. He has been outspoken forthright both nationally and internationally and has never compromised on the need for a firm commitment to Human rights. He has thereby rendered a  great service to Sri Lanka. At a different time and at a difficult time in the history of our country, he was the leader of the Mother’s front championing the cause of the mothers searching for their sons and wives searching for their husbands. This phenomenon sadly yet continues in our country though the current victims are from different parts of the country of a different ethnicity. This only demonstrates that violations can takes place against anyone irrespective of who they are and resistance to such violations must be a common effort from all citizens from all parts of the country and Hon Mangala Samraweera identifies himself whole heartedly with the victims  from all parts of the country and his role was greatly appreciated and will be remembered.

Hon Mangala Samraweera also held  very progressive views on the resolution of the national question which has dogged this country from the time of independence.  It must be remembered that the Tamil people though they have a history of their own never demanded separation or for that matter even an orthodox power sharing arrangement such as a federal arrangement which was the Kandyans demand before the country attained independence. The Kandyans demanded three units of power sharing one for the Kandyans Sinhalese in the territory of the Kandyan Kingdom one for the low country Sinhalese in the territory of the Low country Sinhalese Kingdom and the third for the Tamils in the Northern and Eastern parts of the country. the Tamils only demanded equal just rule  within an undivided united country. The Jaffna Youth League demanded “poorna swaraj”which meant full freedom for the whole country. unfortunately things turned sour after the country attained independence. Power passed on to the hands of the majority community Citizenship, Langugae, Land, Education, Economic Development, Employment became contentious issues.  When Tamils demanded their rights they were subjected to violence they did not retaliate they did not receive the protection of the law they started leaving the country and today around fifty percent of the Tamil who lived in this country have left the country. LTTE emerged in the 1980s after the rights of the Tamil people were denied and agreements were breached and  unbridled violence was unleashed against the Tamils.

Tamils were not given legal protection. LTTEs manifestation must be seen in this context. Tamil issue was a serious issue in this country, well beyond thirty years before the LTTE emerged on the political scene.

During the thirty year war LTTE demonstrated its military potential but was eventually defeated in 2009. Various efforts have been made to resolve the national question the Tamil issue. All party talks Thimpu Talks, TULF – Government talks, Indo Sri Lanka agreement, 13th Amendment to the Constitution were among the some of the steps taken.   After the 13th amendment to the Constitution President Ranasinghe Premadasa appointed the Mangala Munasinghe select committee.  He chose as the Chairman of the select committee  a leading member of the SLFP to bring about a consensus. President Chandrika Bandaranayaka Kumarathunga came up with the 2000 August proposal in which Hon Mangala Samraweera played an active role. There was a “Sudhu Nelum”movement which carried out a very earnest campaign and a very strong and effective campaign throughut the country to explain to the Sinhala people the need for power sharing arrangements to be effective in this country to bring about unity and amity between all the communities who live in this country. Hon Mangala Samaraweera played a leading and active role in formulating that programme and implementing that programme.

Then we had President Mahinda Rajapaksha who came up with his own proposal. He made an excellent speech in July 2006 at the inaugural meeting of the All Party Representatives Committee and the Multi Ethnic Experts Committee. He said the only way the problem could be solved was maximum possible devolution people must have the power to determine their destiny in their territory which they lived and he appointed a multi ethnic experts committee to study patterns of power sharing arrangements in other parts of the world and come up with their proposals which the multi ethnic expert committee have done. A few days after the end of the war when the Secretary General of the UN Mr Ban Ki Moon  came to Sri Lanka Mr Mahinda Rajapaksha President made a commitment t come up with a proposal that would be acceptable to all the people and bring about effective power sharing. President Mahinda Rajapaksha and his Foreign Minister Professor G.L.  Peiries made a commitment to the government and the Prime Minster of India that the 13th amendment would be fully implemented and that the 13 amendment would be built upon so as to ensure meaningful devolution of power and enable this country to get rid of its national conflict.

After the present Parliament was constituted a resolution was unanimously adopted converting Parliament into a Constitutional Assembly and appointing a Steering Committee and sub committees to handle the issues. The Steering Committee  and the sub committees have brought their reports to Parliament and to the Constitutional Assembly. Somehow things don’t seem to be moving. Can a resolution unanimously adopted by Parliament to frame a new Constitution for the governance of the country reduced to naught and the same Parliament continue to be the whole country’s supreme law making body?

Armed conflict came to an end in 2009. Until then there was some movement.  Commitments were made to the International Community that once the LTTE is defeated there would be a reasonable political solution. The forward movements during President Ranasinghe Premadas’s time President Chandrika Bandaranayaka Kumarathunga’s time and President Mahinda Rajapaksha’s time are clearly indicative of this. But now everything seems dead though the expectations were different.

In this background there appear to be two questions

Countries like India, United States of America, the European Union the United Kingdom  and several other countries world over not merely branded the LTTE as a terrorist organization in their country they impeded them and prevented them from being able to carryon an armed struggle against the Sri Lankan government. That was on the basis of the Sri Lankan government’s commitment that the LTTE was an impediment to the resolution of the national question and to negotiations  and that once the LTTE was militarily defeated they would bring about an acceptable political solution. The next question that arises is this,

I raise this question as a Sri Lankan because I  want to work with  fellow Sri Lankans to resolve this conflict within the frame work of a united undivided indivisible Sri Lanka, that would be the best thing for Sri Lanka. If we do not what would be the consequences?

The economic consequences can the country come out of it’s current economic morass unless it is able to present politically and economically a different image of the country to the whole world.

We cannot continue this.

Our international stature and standing is deteriorating day by day and we are being increasingly seen as a failed state. We cannot continue this.

There can be no other better occasion than an event when Mr Mangala Samraweera is being felicitated  a champion of peace in this country to bring this matter to the notice of the public in the south public in the whole country and to say that I as a Tamil person as a Leader of the Tamil people  I say at Matara that we all must come together and resolve this issue  in the interests of all our people and our country.