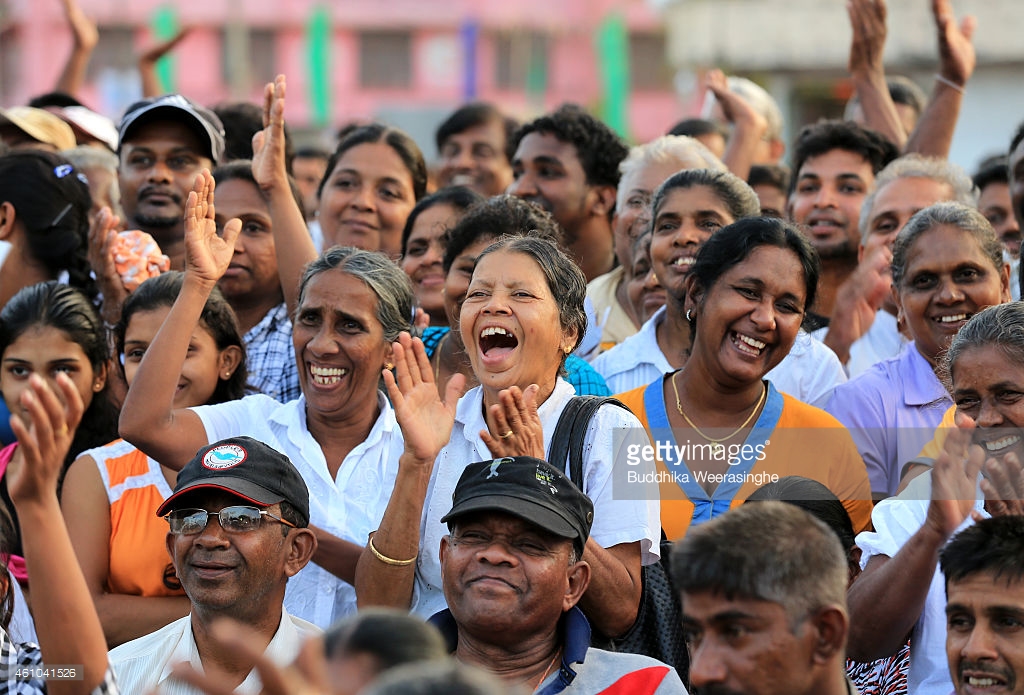 A new report released by Colombo based think tank The Center for Policy Alternatives (CPA) concludes that “the government must now reenergise the reform project, openly championing it with the people and ensure that partisan interests from within and outside do not jeopardise it. January 2015 presented an unprecedented opportunity for democratic governance on a number of fronts; to squander it, even by delay and default, will hasten the return to populist authoritarianism.”

The report presents a bleak picture of the government’s human  record and says that ” the government has showed insensitivity and lack of political will to address stark violations of human rights, even when brought before the international community. The concern is that this trend of indifference on the part of the government might continue this year too, possibly impacting the forthcoming March UNHRC session and UPR process.”

“Despite some successes, the current public perception is of a slow pace or even stagnation. This in turn has resulted in disillusionment and disappointment, with questions posed about the ability of the National Unity Government to govern effectively. These sentiments are justified in terms of promises made and the inability or unwillingness to manage expectations via a comprehensive communication strategy.” says the report. 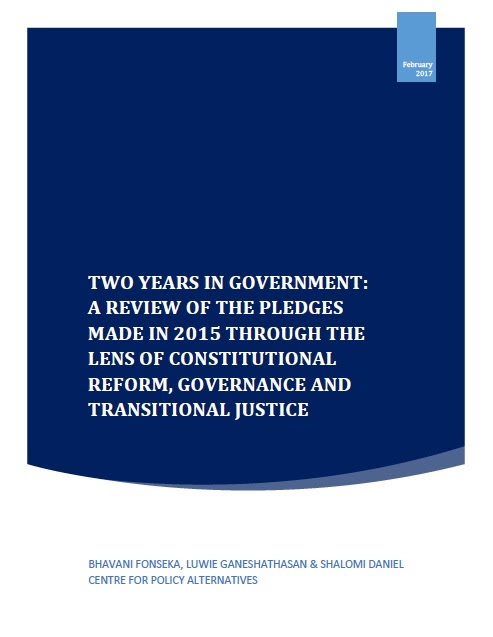 Section on the Challenges and Trends  of the Transitional Justice follows.

Despite the ambitious proposals made in 2015, the government has been extremely slow in the implementation of transitional justice promises. These are briefly discussed below
A)    Prioritisation of Constitutional Reforms over Transitional Justice

One of the main challenges to progress on Transitional Justice is the common sentiment in government circles that Transitional Justice need not be prioritised. Many in government have pushed for the prioritisation of constitutional reforms instead on the basis that such reforms entails a long term solution of the ethnic question as well as strengthen basic human rights. Some believe too that transitional justice would adversely impact the prospects for constitutional reform as opponents of both distort the former as the process through which war heroes would be turned into war criminals. In this respect the accountability mechanism is of particular salience. The inability to deliver on the commitments made in 2015 including the delay in the establishment of the OMP, further feed into the perception of transitional justice not receiving the same status as constitutional reform. The apparent prioritisation will likely have ramification during the election cycles, especially in the North and East, where there is growing dismay with limited progress with transitional justice.

B)    Lack of political will

Despite the legislation on the OMP being enacted in August 2016, there has as yet been no move to gazette the legislation, delaying further the establishment of the OMP and the appointment of commissioners. Similarly, no legislation has yet been introduced for the establishment of the other three mechanisms and there continues to be delays in the implementation of the other commitments such as criminalising disappearances, security sector reforms, further land releases. The delays can be attributed to many factors.

C)    Absence of a strategy

Another challenge is the lack of a clear vision or strategy.126 The plethora of ministries and secretariats appointed to look into matters concerning reconciliation and Transitional Justice is an example of this.127 Moreover, there seems to be no clear roadmap as to the sequencing of mechanisms and linkages amongst them. 128 The confusing situation that has ensued stirs up disillusionment amongst the public and renders the government an easy target for criticism.

D)    Lack of outreach and communication

The lack of political will, has also led to deficiencies in communication on the part of the government. The main criticism regarding the OMP was the lack of consultation by the government with key stakeholders, especially with victims, as well as the insufficient communication to explain what it entails.

Lack of communication can give rise to many problematic consequences. Firstly, the lack of transparency that this creates, causes distrust amongst the victim groups and other stakeholders in civil society. There would also be no sense of ownership, as the mechanisms or solutions put forward will be those decided behind closed doors by a select few with minimum public participation, compounding the perception of an elitist driven process with no resonance with the actual victims.

On the other hand, the lack of communication also results in the government not keeping the public informed about the good work that is being done such as the release of some lands and the enabling of people displaced for decades to return to their homes.

Thirdly, contradictory statements have been made by different actors in government, as seen with the accountability mechanism. This reflects the lack of cohesion within government and feeds into perceptions of contradictions and incompetence.

Added to the lack of political will and lack of a clear vision, is the easing of international pressure. The international community has been lenient with this government and adopted a far more relaxed stance than in the past.

This situation is most likely to continue in the future, especially considering the regime changes in several countries.