If President sets up institutions running parallel to constitutional bodies what is the need for a Constitution for Sri Lanka? – Kishali Pinto Jayawardene 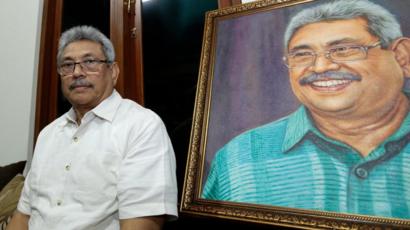 The increasing irrelevance of a constitution for Sri Lanka.

If President Gotabaya Rajapaksa can be so bold as to set up institutions running parallel to constitutional bodies situated in his Presidential Secretariat, the consequential question arises as to what need is there of a Constitution for Sri Lanka?

This query becomes pertinent in regard to the recent appointment of an Ombudsman, a retired Deputy Inspector General (DIG) to boot, tasked with inquiring into public grievances and complaints. That appointment was made despite a constitutional office of the Parliamentary Commissioner for Administration (Ombudsman) being functional for decades, albeit historically critiqued in respect of the limitations of that office.

This is even more an insidious undermining of the constitutional process than the appointment of military-led Task Forces to take over manifold civil and policing functions, ranging from building a lawful, disciplined and virtuous nation to protection of archeological sites in the East. We would expect more Task Forces, stuffed with military and police appointees to be on the horizon with all the deadly inevitability of an incoming tidal wave. But even so, to duplicate constitutional institutions is quite another manifestation of the steady creation of an omnipotent centralisation of power in the Presidential Secretariat which has gone largely unremarked.

At one level, supporters of this ‘no-nonsense’ Presidency and ardent fans of ‘getting the job done,’ will argue that there is nothing wrong in this. Quibbling over parallel offices may seem to be a nonsensical if not abstract distraction. Even more so as critics of the constitutional office of the Ombudsman have long pointed to the fact that this is a creature with inadequate coercive power to enforce its recommendations. As the annual reports of the Ombudsman themselves disclose, state entities ignore its recommendations, sometimes with ‘lame excuses.’ Certainly an Ombudsman with the awful power of the Presidential office behind his or her chair will not be ignored that easily.

But the dangers of replacing each and every weak institutional/public office with its presidential parallel is quite apparent. Quite apart from the public funds required for duplicate offices and Task Forces to operate in this economy on the edge of collapse (if not already so), the issue goes to the very core of institutional responsibility. Perilous precedents come into play. For there is a major elephant in the room here. What if the abuse of power, sought to be remedied, emanates from the Presidential office itself?

President Rajapaksa often remarks that he would not order a wrong thing to be done, most recently in the acerbic – and very public – tongue lashing that he gave officers of the Central Bank for not being pro-active enough in meeting the country’s economic debacle caused by covid-19. Yet even if that statement is given its due, that is not the point here. This President is a temporary occupant of his office. The precedents that he creates will live after him. And the risk in this approach is its lack of accountability. True, it may well be asked as to where accountability is in a Parliament with crooks of all dispensation on either side of the divide? And the difference between outright crooks and seemingly honest men who stay silent when crooked deals are struck is a distinction without a difference.

During the curate’s egg ‘yahapalanaya’ experiment of 2015-2019, those who now cry that the Central Bank is being bullied and shouted at, were noticeably mum when the Bank was swindled in that infamous ‘bond scam’ by merry men of the United National Party, now gathered for their political survival around its leader Ranil Wickremesinghe. It is no excuse now to say that they had no voice in Wickremesinghe’s cabal, as it were. The mark of conscience is not to speak out in defence of what is right when everyone is doing so but exactly the opposite.

That is also the role that should be played by civil society without taking cover behind one or the other political party when this affords them access to corridors of power. But that argument cannot be used to justify presidential parallels replacing institutional offices or the militarisation of the civil function. In fact, the best example of the menace posed by this process is the virtually wholesale covid-19 infection of the Sri Lanka Navy, easily amounting to almost one half of the total number of infected persons in the country.

This was prevented from expanding to a deadly superspreader among the general population, (far more than ‘bothersome Muslims’ or infected returnees from overseas, I might add), only by quick thinking on the part of health officials leading Sri Lanka’s covid-19 prevention effort. As these officials admitted, the infection grew so rapidly within the Navy’s Welisara and Ranagala camps without check because these were precincts not easily susceptible to civilian scrutiny. The fact that this was due to cramped quarters in both camps and the lack of sufficient protective equipment being given to the Navy’s men and women is precisely the point.

Realising the enormous threat thereby, quick action was taken to prevent the spread of the virus but this should not have been allowed to happen at all. That is a fact conveniently bypassed by private electronic media stations unashamedly affiliated to the Government who are fond of repeating ad nauseam that a majority of those infected in the Navy have recovered. In other words, imagine the situation if another non-military institution had spouted such a large cluster of covid infected patients? Where would accountability lie? Would those officials have been called by the President and be subjected to a severe scolding in front of television cameras? Why is it that, in this case of the Navy infection clusters, accountability does not and will not lie?

When this President assumed office in 2019, one warning that he gave was that, the Rajapaksa-led administration should remember the reasons why it was defeated in 2015. That is a reminder that is very relevant at this point. If the Ranil Wickremesinghe-led Government had remembered the reasons why it was thrown out of power in 2004, it may possibly have avoided the very same blindingly arrogant approach to decision making that resulted in a bitter defeat of the ‘yahapalanaya’ regime in 2019. And so the cycle goes on, with Sri Lanka being depleted in its collective public intellect and institutional-building each and every time.

The difference this time around is, as repeatedly remarked in these column spaces with good if not alarming reason, is the precipitation of the country towards military rule cloaked in reassuring promises of ‘getting the job done.’ Indeed, Brutus’s urging to Cassius in Shakespeare’s inimitable ‘Julius Caesar’, ‘there is a tide in the affairs of men / Which, taken at the flood, leads on to fortune…’ may best resonate for us in an ironic paraphrasing to say that, the political tide in Sri Lanka’s history invariably leads to the misery of the people, not fortune.

It did not need a global pandemic to tell us that.
Sunday Times