“If Polygamy was not permitted, Adultery would become a norm” says Sri Lanka Muslim clergy! 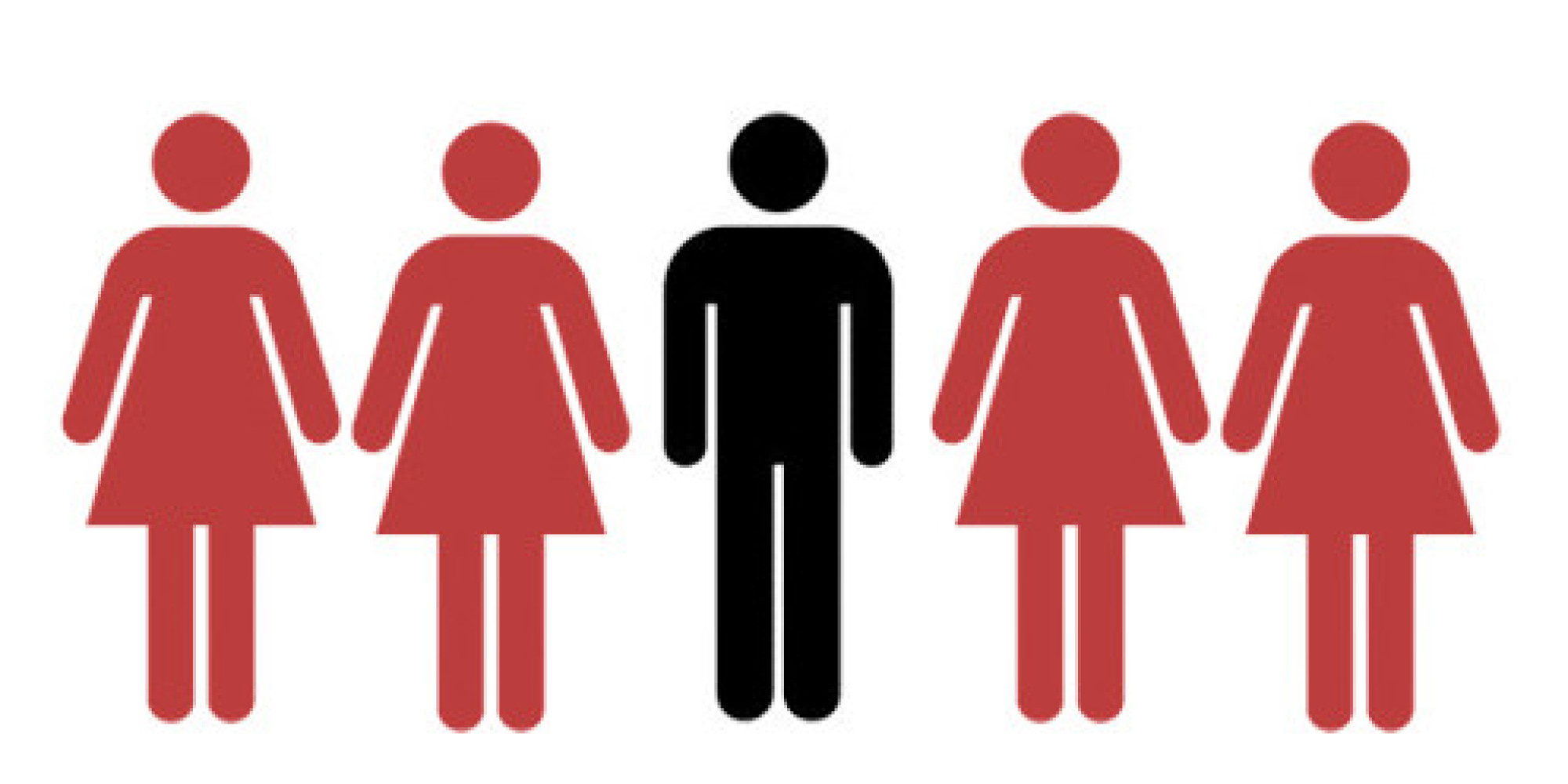 All Ceylon Jamiyyathul Ulema (ACJU)  in its submissions to reforming the Muslim Marriages and Divorce Act (MMDA), says that “If Polygamy was not permitted, Adultery would become a norm.” Issuing a statement on ACJU submission Muslim Personal Law Reforms Action Group (MPLRAG) commented that ‘the ACJU submissions have recast most demands made by Muslim women as a non negotiable. ‘NO’ to women holding any decision making or responsibility bearing position including and particularly becoming a Quazi. ‘NO’ to women being appointed as a Marriage Registrar. ‘NO’ to a minimum age of marriage as 18 years without exception. ‘NO’ to accommodating different sects. ‘NO’ to strict conditions on polygamy and ‘NO’ to unambiguous and equal treatment in divorce.’

The full text of the MPLRAG statement:

MMDA Reforms Should Not be Held Hostage to ACJU Demands.

The Justice Minister Must Step in!

We are aghast at the recently revealed submissions attributed to the All Ceylon Jamiyyathul Ulema (ACJU) with regard to reforming the Muslim Marriages and Divorce Act (MMDA). This Act promulgated in 1951 has colonial roots and is a combination of Islamic law and local culture. Due to its detrimental impact on Muslim women and girls, a committee was appointed in 2009 by the Ministry of Justice under the chairmanship of Hon. Justice Saleem Marsoof to review and make recommendations for reforms. The committee has been deliberating for the past eight years and is yet to release its recommendations.

The ACJU’s  previously publicized submission and related public utterances were condemned by all quarters. Their latest submissions to the reforms committee, as revealed, make it blatantly clear that the ACJU has not changed its position since and is in fact doubling down on most. It is evident that their claim to have ‘always taken a flexible approach’ and to look into ‘finding solutions to the grievances of women’ and ‘establishing justice to each and everyone’ were a cynical public relations exercise. Despite a number of sincere attempts to voice concerns by women of the community, ACJU has shown its inability to listen to the plight of women and has repeatedly demonstrated contempt for their views.

The new 37 page submission does not provide positive reform suggestions to some of the key concerns that Muslim women have been raising for decades in relation to the Muslim Marriage and Divorce Act (MMDA).

It fails to recognize the lived realities of women and is based on the fundamental and grossly flawed thinking that women do not deserve equality. The ACJU have also disingenuously cherry picked from the extreme interpretations of Islamic jurisprudence when there are other progressive interpretations that have been adopted by many countries including Muslim majority countries on these same matters. They conveniently reject many interpretations and examples that afford a better position to women as ‘unauthentic’, ‘un-islamic’ or inadmissible because they don’t recognize the Islamic credentials of the sources.

We reiterate our position that with such misogyny and extreme and rigid positions that are not reflective of the diversity in the Muslim community in Sri Lanka, the ACJU should not be in government appointed committees dealing with issues concerning women. They certainly should not be given the place of sole voice of religious authority as they fail to respect the diversity of religious views within Islam, should not be afforded a deciding say on matters pertaining to women in the community nor be permitted to hold up the much needed reform process.

The ACJU submissions have recast most demands made by Muslim women as a non negotiable. ‘NO’ to women holding any decision making or responsibility bearing position including and particularly becoming a Quazi. ‘NO’ to women being appointed as a Marriage Registrar. ‘NO’ to a minimum age of marriage as 18 years without exception. ‘NO’ to accommodating different sects. ‘NO’ to strict conditions on polygamy and ‘NO’ to unambiguous and equal treatment in divorce. They want three of the advisory board positions to be reserved only for Alims.

The ACJU submission is also replete with strange assertions and understandings of both men and women, such as:

“If Polygamy was not permitted, Adultery would become a norm.”

Contradicting its own logical assertions they state “If a woman is appointed as [marriage] registrar, it will be forbidden for her to enter to the Masjid as the Scholars’ of the four Madhabs are of the view that it is not permissible for a menstruating women to stay in the masjid” which statement was preceded by a quote by Prophet (Peace & Blessings of Allah be upon Him), “Do not prevent your women from going to the mosque, even though their houses are better for them.” Somehow focusing solely on the ‘houses are better’ part of the comment to say entering the mosque is “forbidden”.

Uses cringeworthy language such as “Even though they (children) are given in marriage they should be handed over to their respective husbands, only when they are physically suitable for consummation.”

And comes from a place of deep misogyny as apparent in statements such as “the travelling of women alone, the mingling of women with non-mahram men and processing the (marriage) registration will no doubt have practical and Shari’ah concerns.” and “So, Islam tells women to stay in their homes and not go out except in cases of necessity. And it forbids them from mixing with men and being alone with them, because that poses a threat to women and their honour”. What does the ACJU think women do in this day and age, how do they think they manage their affairs? How can they treat women with so much disrespect and be permitted to promote it from an underserved position of power?

They quote ‘it means a nation that makes a woman their ruler will never succeed, hence women should not be appointed as a judge’. This they say in Sri Lanka and in 2017.

Given this background we echo the sentiments of the Women’s Action Network (WAN)  made in March this year titled “Religious Leaders cannot be trusted to reform MMDA”. Our statement of 4th April 2017 signed by over 300 individuals and organizations demanding accountability from women and men leaders in the Muslim community, from political representatives of the people of Sri Lanka who are watching this injustice perpetuate, and from the members of the MPL Reform Committee, appears to be falling on deaf ears.

Far from intervening to support and to ensure that reforms address the concerns of women and provide relief to the daily burdens they face, the silence to the plight of the Muslim women is deafening. Muslim women have been threatened by hardliners, ridiculed and sidelined by the ACJU and abandoned by the Committee considering reforms and by Muslims politicians. The State is watching from the sidelines and letting discrimination continue to the detriment of Muslim women and girls.

We also demand of our Muslim political leaders in all political parties to stop hiding behind ACJU, to assume responsibility, to truly listen to their constituencies including women and engage actively in the reform process to uphold the rights of a section of the community that is facing injustices on account of the MMDA. We want these elected representatives to take leadership on reforms and be accountable to their constituencies and not abdicate their responsibility.

We call upon all right thinking Muslim men and women to actively engage in this process that demonstrates the diversity in the community and not let this important issue be determined by a group of very conservative men using a very narrow interpretation of the religion.