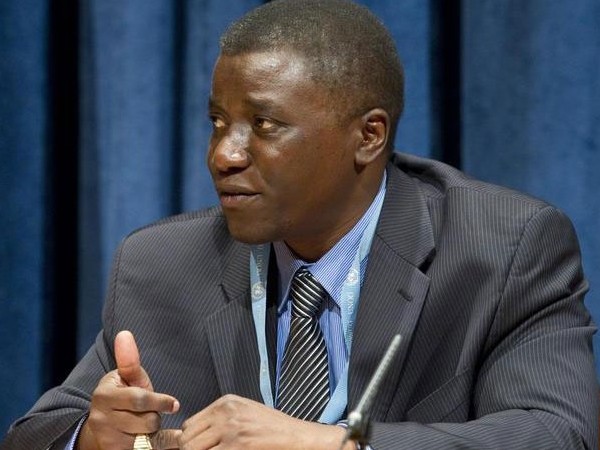 By Matthew Russell Lee
UNITED NATIONS,  The strange treatment of Sri Lanka at and by the UN was on display on Wednesday in New York.
The UN’s Special Rapporteur on Internally Displaced Persons Mr. Chaloka Beyani gave a press conference. He was immediately asked by a fellow selected to come four months to the UN if he’d praise the government of Mahinda Rajapaksa for relocation of IDPs from the camps set up after the 2009 conflict — called the “Bloodbath on the Beach” by another UN official — to land in northern Sri Lanka.


There, Inner City Press asked a follow up question, based on a story in the Washington Post noting that “346 people from 110 families who were last to leave the camp could not return home because their lands are occupied by the military.”
Beyani said he’d heard of it, and that he was concerned about a lack of “durable solutions.” He said it was like what he encountered in a country he visited, Cote d’Ivoire — where IDPs were killed after the government wanted to close down the camps they lived in. Click here for that.

Beyani acknowledged he had yet to visit Sri Lanka, saying he had not wanted to in order not to get “in the picture” with the government’s and the UN’s “investigation.”
But what UN investigation? There was a Panel of Experts report, based on which Secretary General Ban Ki-moon asked first Thoraya Obaid and then, without further announcement until Inner City Press asked, Charles Petrie to probe the UN’s own acts and inaction during the Bloodbath on the Beach.
But that report, which some say is already finished — Petrie is already heading a Norway funded project in Myanmar — has yet to be made public, and may never be.
Beyani said he would like to visit Sri Lanka, and we hope he does. But the strange treatment of Sri Lanka continues in and by the UN.

In the upcoming “Universal Periodic Review” of Sri Lanka at the UN Human Rights Council in Geneva, speakers will get only 72 second each — the least of any of the countries being reviewed, which have far lower levels of killed civilians than Sri Lanka. Watch this site.
ICP