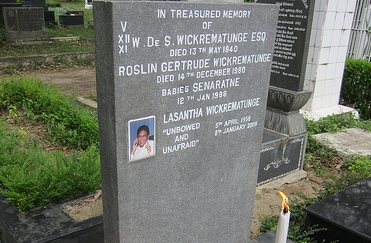 Media Release/ National Peace Council
The visit of a 3 member technical team from the Office of the High Commissioner for Human Rights in Geneva this week will be a follow up on the March 2012 Human Rights Council Resolution on Sri Lanka that called for the  implementation of the recommendations of the Lessons Learnt and Reconciliation Commission.   The visit has led to apprehensions about the internationalization of the country’s internal problems. But it also presents an opportunity for the government and civil society to obtain international expertise to remedy shortcomings that exist with regard to governance in the country.  It is the view of the National Peace Council that that the most serious problems facing Sri Lanka lie in the domain of impunity,  breakdown of the rule of law, over-concentration of political power, treatment of war-affected people and lack of progress in finding an overall and mutually acceptable political solution.

The present Government has a 2/3 majority in Parliament obtained not through elections but by inducing Members of Parliament elected from Opposition parties to cross over to the governing party by offering them posts of Ministers.  This strategy subverts internationally accepted democratic norms for which inducer and the induced are equally responsible for the weakening of the system of checks and balances that is essential in a healthy democracy.  The ruling party also controls all the Provincial Councils and is once again inducing those elected from rival parties to join it with the promise of ministerial positions. Political power is exercised for the exclusive benefit of those who voted for the ruling party. Since 50%of the people obtain welfare grants called ‘Samurdhi’ from the government there is a strong motive for the people to vote for the ruling party for they would otherwise risk losing their entitlements and other government assistance.

After he won the Presidency for the second term President Mahinda Rajapakse introduced the 18th Amendment to the Constitution and passed it.   This constitutional amendment not only removed the term limit on incumbent Presidents, it also did away with the Constitutional Council which appointed the former Independent Commissions like the Public Service Commission, the Police Commission and the Elections Commission. Instead a Parliamentary Commission was appointed whose members were appointed by the President. The Independent Commissions which functioned under the 17th Amendment lost their independence since the appointments were made by personal unilaterally appointed to the Parliamentary Commission by the President. The 18thAmendment has conferred absolute power the President and the machinery of the State is under his control.  Subversion of democratic norms has also contributed to the country’s problems from which we will find it difficult to extricate ourselves.

In addition the 18th Amendment entitles the President to attend Parliament once in 3 months. These changes removed the power of oversight of the Executive by Parliament. Parliament can no longer hold the Executive President or the Ministers or officials accountable. The President has absolute immunity under the Constitution and he cannot be sued in any court. He could well repeat what Louis XIV of France said “I am the State.”

So there is no accountability under the law for not only the President but for any other persons for whom the President may choose to protect from the law.  The murder of newspaper editor Lasantha Wickrematunge has not led to the arrest and charging of the murderers although he was killed in a high security area.  Prageeth Ekneligoda a journalist is missing and the former Attorney-General, who once said that the disappeared journalist, had taken refuge in a foreign country when summoned before a local court and asked to explain failed to vindicate his statement and appealed to God above. It is necessary that this matter be probed.

The Government has put out a National Action Plan for implementing human rights. While this plan has been welcomed by many civic groups who were hopeful of its implementation, there is little evidence so far that the Plan is being implemented.  Human Rights are not being adequately protected by the State despite the presentation of a National Human Rights Action Plan to the international community. Torture and cruel and degrading punishments are resorted to by the Police against those whom they arrest on suspicion in order to extract confessions. The Magistrates are necessarily guided by the Police in the matter of bail. There is also no Witness Protection Law despite a draft law being prepared and submitted to the Government some years ago.  There have also been many instances of unexplained deaths of persons taken into custody.  These have often been explained as suspects attempting to escape or attacking the police when they are taken to scenes of crimes etc.  The roles of the police are both protective and investigative which seem to be flawed and need urgent rectification.

When the Police Force is at the beck and call of the President, Ministers and even Members of Parliament belonging to the ruling political party the Police become not the Police of the State or the people but the Police Force of the ruling political elite.  It is in this context that the abductions, disappearances and kidnappings of media personnel and others who are vociferous critics of the Government have to be viewed. Statistics of abductions, disappearances, kidnappings have come down significantly over the past three years, but they still continue to generate a climate of fear. The National Peace Council calls on the Government to ratify the International Convention for the Protection of All Persons from Enforced Disappearance.

It is necessary for the Rule of Law and the protection of human rights that there is a Police Force which will have the independence to act according to the law.  During the period of the war the Police Force also became semi-militarized. Despite the Lessons Learnt and Reconciliation Commission recommending the separation of the Police Department from the Ministry of Defence and the establishment of independent commissions for the Police and Public Service there is no sign that this about to happen.

The National Peace Council also expresses its concern over the continuing plight of those people who lived in the former war zones of the North and East and who lost their families and properties in the fighting that took place.  Although the government keeps on stating that the problem of resettlement is over, it is not possible to accept this position. At least 100,000 persons continue to live outside their own homes with relatives and friends or are in temporary camps, while tens of thousands of those so-called resettled persons live in the midst of jungles with hardly any social or economic infrastructure to support their livelihoods.  Government assistance to them has been minimal and they are expected to obtain their psycho-social and livelihood support from NGOs and the international community.   With the North East monsoon which will break out in the coming weeks, immediate action needs to be taken to prevent further suffering of these persons who are also citizens of Sri Lanka like ourselves.  We call on the government to implement the recommendations of the LLRC with regard to rebuilding the lives of the people and set up a non-partisan and independent monitoring mechanism to ensure that deeds follow words.

The National Peace Council calls for the speedy agreement on a political solution by all parties in the Sri Lankan polity, both within and outside Parliament, that addresses the problems of impunity, breakdown of law and order, further victimization of the war-affected people and the reduction of the concentration of power within the government by means of the decentralization, devolution and sharing of power amongst independent institutions that ensure a check and balance on central power within the framework of a united and law-abiding country in which international standards are met.  Once such measures are decided upon and activated there will be no more apprehension about visits from the Office of the Human Rights Commissioner in Geneva.