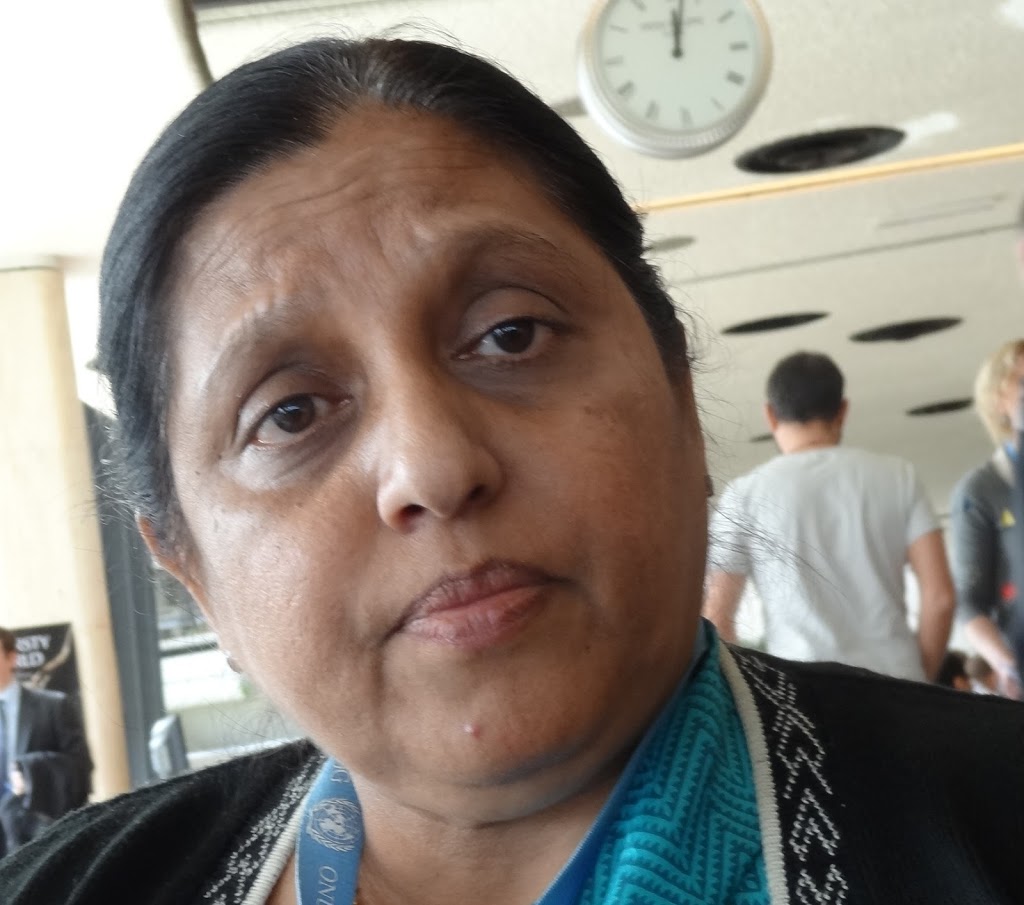 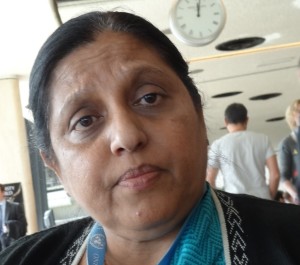 THE INTERNATIONAL MOVEMENT AGAINST ALL FORMS OF DISCRIMINATION AND RACISM (IMADR) Japan has condemned roundly the harassment of a Sri Lankan Human Rights Defender Dr. Nimalka Fernando by Sri Lankan Embassy staff in Tokyo. Fernando was heckled and interrupted during a seminar lecture delivered by her . Embassy staff also followed her and tried to intimidate and threaten her not only during her speech but afterwards when she was leaving the venue.
The full statement follows:

In the evening of 12th June, 2013, the International Movement Against All Forms of Discrimination and Racism (IMADR) organized a public seminar on human rights and development challenges in Sri Lanka at its headquarters in Tokyo, Japan. The main part of the event was the lecture by Dr. Nimalka FERNANDO, a Human Rights Defender (HRD) from Sri Lanka and the president of IMADR. Along with Japanese participants, the event was also attended by several Sri Lankan persons, who were led by two representatives from the Sri Lankan Embassy in Japan.

The lecture of Dr. Fernando was repeatedly disrupted by unruly interventions made by the Sri Lankan participants. While the organizer did not prevent participants from asking questions and comments whenever appropriate, with due respect for a constructive dialogue Sri Lankan participants began to harass and hurl verbal abuse at Dr. Fernando rather than engage in constructive dialogue. Even after the closure of the event with a clear announcement made by the organiser, several Sri Lankan participants continued hurling abusive comments at Dr. Fernando saying that she is contracted to do such a lecture and that she is betraying her country. Moreover, one Sri Lankan person, who identified himself as a representative from the Sri Lankan Embassy in Japan, banged a water bottle on the table and demanded that Dr. Fernando explain as to why she has not given a good image of the country as tourism is booming in Sri Lanka. As she tried to explain her position, some other Sri Lankans continued making abusive comments at her in a threatening manner by following her up to the lift.

Similar incidents of reprisal, attacks, intimidation and harassment against HRDs from Sri Lanka by Sri Lankan authorities were observed in Geneva, Switzerland during the 19th Session of the United Nations Human Rights Council (HRC), where Dr. Fernando was also one of their targets. IMADR expresses its grave concern over the continuing unruly behaviour of the representatives of Sri Lankan Embassy and strongly condemns any acts or kinds of reprisal, intimidation and harassment of HRDs. The Sri Lankan Government must immediately stop such acts and conduct a disciplinary inquiry on the conduct of the Embassy officials in Tokyo and offer an apology to Dr. Fernando and the organizers. We further urge the Government of Sri Lanka to take all necessary and genuine actions to implement its obligation under international human rights laws and recommendations made by UN HR experts including the HRC resolutions 19/2 and 22/1. IMADR remains committed to work for protection and promotion of human rights and continue its efforts to address human rights issues in Sri Lanka.