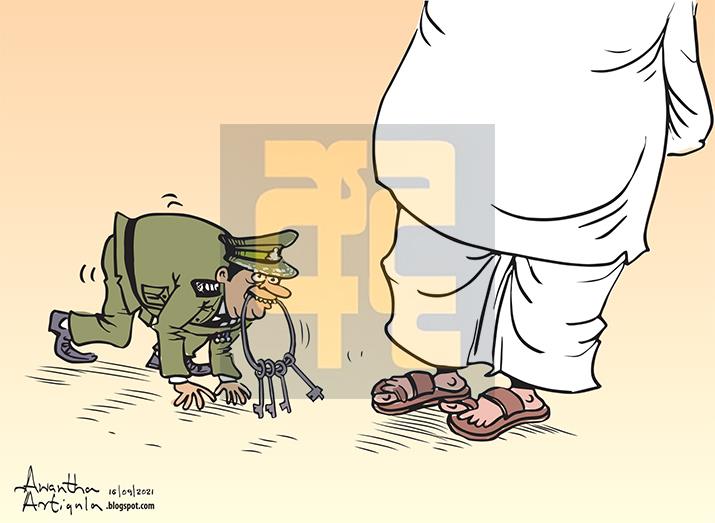 The Human Rights Commission of Sri Lanka (HRCSL), which is still carrying out its investigations over incidents at the Welikada and Anuradhapura Prisons which involve former Prison Management and Prisoners’ Rehabilitation State Minister Lohan Ratwatte, will refrain from giving recommendations in its report owing to the matter pending before the Supreme Court (SC).

HRCSL Investigation Officer Sulari Liyanagama said that the HRCSL is still recording the statements from the relevant parties at the Welikada and Anuradhapura Prisons.

According to her, the HRCSL will not give any recommendations related to the investigation due to SC orders.

The SC has ordered the Inspector General of Police (IGP) to carry out an investigation, under the Code of Criminal Procedure and on the advice of the Attorney General, into the recent incident at the Anuradhapura Prison involving Ratwatte.

The order was issued when the fundamental rights (FR) petition filed by eight prison inmates against Ratwatte were taken up for consideration.

The petition was taken up before a three-judge bench comprising Justices Gamini Amarasekara, Yasantha Kodagoda, and Janak De Silva.

The court granted permission to take up the petition for hearing and issued this interim order.

Speaking to The Morning, Police Media Spokesman, Senior Superintendent of Police (SSP) and Attorney Nihal Thalduwa said that there is no update related to the Criminal Investigations Department (CID) investigation which also began a probe into the matter.

The Prisons Department and a retired High Court Judge appointed by the Justice Ministry are also probing the incidents.