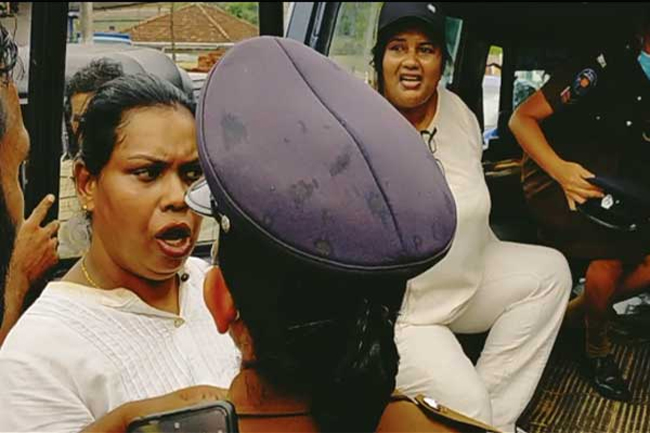 Human Rights Commission of Sri Lanka has fixed a date to conduct a suo moto inquiry on the misconduct by Panadura police. Two incidents related to the inquiry are:

b) Made orders to stop the peaceful march unlawfully and arrest participants.

The letter sent by HRCSL to the IGP follows:

Two incidents of misconduct of the police are under investigation by the Commission;

b) Made orders to stop the peaceful march unlawfully and arrest participants.

The IGP is now directed to forward to the Commission via an affidavit following information relating to the above incident.;

1. A peaceful march originating from Kalutara was stopped by the police in Panadura as admitted ‘ by the Cl of Panadura police before the Commission on l-8th November 2022. Based on that testimony following information is required.

a) Reason for restricting the march and on whose command or orders the police stopped the march.
b) And who carried those commands or orders?
c) The action initiated by the police against the officers responsible.

2. The SSP of the Panadura Police division testified before the Commission. The Commission observed that he breached duty when he failed to protect the march participants by giving the necessary orders.

a) Reason for the failure of the SSP to give necessary orders to prevent the incident.

3. The steps initiated by the IGP to ensure that such despicable conduct by the officers of the police department will not occur. The inappropriate behaviour of the police, as seen in the recent past, has already destroyed the confidence of the people and is rapidly destroying the country’s good image internationally.

a) And recommend that IGP takes steps to maintain discipline in the Police Department to
uphold the rule of law and maintain peace in the country.

The above information is required for the Commission to proceed with the inquiry, which is fixed for 23’d November 2022 at 10.30 AM.

Therefore, you are directed to provide this information on or before 22nd November 2022.