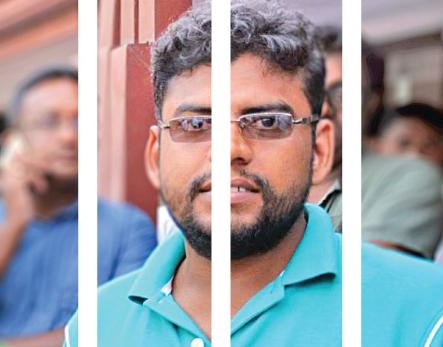 Image: Writer Shasthika Sathkumara was arrested and kept in detention for more than 100 days for writing a short story. Case against him is pending.

The HRCSL says that “the section 3 of the ICCPR act is an important legal tool in combating hate speech and hate speech has become a common phenomenon in the country targeting various groups. However commission observes that enforcement of the section 3 of the ICCPR Act has not been done in a consistent and even handed manner and sees the grater clarity on the legal scope of the offence recongnised by the said provision.”

See the set of guide lines as a PDF here:HRCSL-letter-to-Acting-Inspector-General-of-Police