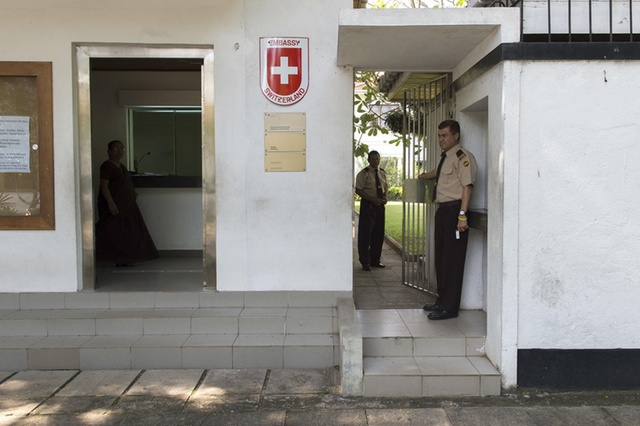 Human Rights Commission of Sri Lanka (HRCSL) Chief Dr. Deepika Udagama yesterday (03) said investigators should be given to access to the local employee of Switzerland Embassy allegedly abducted close to the diplomatic mission situated on the R.G. Senanayake Mawatha (formerly Gregory’s Road), molested and threatened by a group of unidentified persons on the evening of Nov 25.

Alleging that the assailants had sought information on Inspector Nishantha Silva of the Criminal Investigation Department, given political asylum in Switzerland, Swiss Ambassador Hanspeter Mock steadfastly refused either to hand over the victim to the police or allow the investigators to question her.

Asked whether the police could proceed with investigations without access to the alleged victim, Dr. Udagama said, “The HRCSL position is that an effective investigation required the cooperation and participation of all relevant parties – the victim, any witnesses etc.”

Asked whether she would request the Swiss Ambassador to cooperate/assist ongoing investigations, Dr. Udagama said the responsibilities on the part of the diplomatic mission towards the alleged victim, too, should be taken into consideration. “Recognizing the sensitivities involved including the embassy’s duty towards the safety of its employee, the authorities must provide full assurances of protection to the victim and any witnesses.”

The human rights chief called for a conducive and safe environment for the conducting of investigations so that all parties would be confident of the impartiality of the investigation.

Responding to another query, Dr. Udagama said that the HRCSL was yet to receive Acting IGP C.D. Wickramaratne’s response to her letter dated Nov 28, 2019. She urged the acting IGP to conduct an impartial investigation soon after Swiss Ambassador Mock had brought the alleged incident to the notice of Prime Minister Mahinda Rajapaksa in the presence of his foreign affairs advisor former External Affairs Minister Prof. G. L. Peiris.

Dr. Udagama said that HRCSL lacked authority to investigate allegations of crime. She said: “The Commission’s mandate permits it to only exercise oversight over official investigations to ascertain whether or not such process is in compliance with constitutionally guaranteed rights, especially the guarantee of equal protection of the law to all parties concerned.”

Authoritative sources told The Island that the alleged victim couldn’t be allowed to leave the country without being subjected to investigations. The government expected the Swiss Ambassador Mock to provide access to the alleged victim without further delay.

Meanwhile, former Southern Provincial Council member retired Major. Ajith Prasanna, who conducted 12 hour peace protest opposite the Switzerland embassy on Monday told The Island that a deliberate attempt was being made to discredit Sri Lanka. Attorney-at-law Prasanna said that Switzerland was probably a cat’s paw of bigger powers bent on destabilizing the new administration. Switzerland certainly owed Sri Lanka an explanation as to why Inspector Nishan Silva of the Criminal Investigation Department (CID), his wife and three children had been given political asylum within two weeks after the presidential poll. Switzerland fired the first salvo at Gotabaya Rajapaksa’s administration in the run up to the Geneva sessions in March 2020, Maj. Prasanna said. There could be other incidents over the next three months, the former Southern PC member asserted, urging the government to be vigilant. Maj. Prasanna flayed the UNP for backing Swiss claims without being bothered to verify accusations with the government.