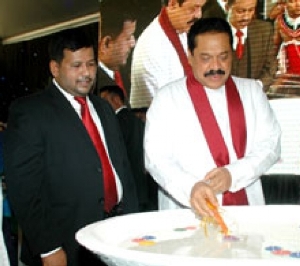 By Hemantha Warnakulasuriya
One of the worst indictments on JRJ’s tenure was his interference with the judiciary. As a man inebriated with power, he would not permit anyone to correct him or caution him that by his attitude he would eventually destroy himself and the country he rules.The voters were inveigled into believing in the ‘Dharmishta Samajaya’ he promised to establish, when there was, as he opined, freedom of the individual intertwined with the independence of the Judiciary.


Being a son of an illustrious judge and brought up in the company of a family of lawyers, JRJ himself was a clever an astute lawyer and the gullible believed in the sermons, the discourses and threats that emanated from his platform. It was furthest from the gullible that JRJ would wear the mantle of Felix Dias and further asphyxiate judicial independence.

History has shown that the very foundations upon which some leaders come to power had been smashed into smithereens by them and the ladder, which they climbed to reach the unassailable heights, kicked away. Those who professed to usher a clean government were the most corrupt. Those who ushered freedom were tyrants. Those who aspired to bring ‘Dharmistaism’ would usher an era of Adharma.

Those who promise to abolish the Constitution would further amend it to strengthen their own power. But, in their eagerness to control the judiciary they appoint would be puppet judges, who would stealthily wrangle out of their grips and become sturdily independent to the disappointment of the appointing authority. Neville Samarakoon is a beacon and has become immortal, in the mindset of those who believe in the rule of law.

The fundamental rights applications were given more teeth in 1983, when the Supreme Court held that the arrest and assault of Vivienne Goonewardena, when she demonstrated against the military occupation of the US in Diego Garcia, was illegal and awarded compensation.

JRJ was furious. His crony ‘Kalu Lucky’ organised a gang of mobsters to demonstrate in front of the judges’ houses, which were subsequently stoned. The police refused to intervene and when a journalist inquired from JRJ about the incident he said that the judges had ruled that the demonstrations were legal and the police had restrained from arresting or dispersing the demonstrators on the decision of the Supreme Court.

Today that politician who took the mantle from JRJ was allegedly a Minister of the present government, one Rishad Bathiudeen, who never lost his reputation of being able to make his audience laugh. He once made a reference to National Day of Britain. Some Frenchmen who were present at the celebration said the Govt. should take a cue from the Minister and make November 5th the British National Day, the day on which Guy Fawkes wanted to set fire to the British Parliament.

The facts are as follows:-

On July 16, 2012 the Officer-in-Charge of the Crime Investigations Unit of the Mannar Police reported to Court a complaint made by one Francis Fenine of Joseph Vas Nagger, Koddivil in Mannar, stating that he was a fisherman and Roman Catholic Tamil and when he was about to leave for fishing, a large number of people, of whom he identified 11 by name, had come into his village and committed arson and destroyed their 17 fishing huts causing extensive damage amounting to nearly Rs.1,464,370 and the total damage caused by the arson and mischief was estimated to be around Rs. 1.5 million.

The police recorded the statements of 17 witnesses and the suspects were evading arrest.
When this matter came up the Magistrate and Additional District Judge of Mannar, Mr. A Judeson was informed by Mr. Puvitharan, a lawyer appearing for the displaced fisherman, that his clients’ fishing nets, worth millions of rupees, had been in that area and after the incident, most fishermen were frightened to go to back that area. He requested the Court to order the police to provide necessary protection for them to proceed and recover their nets and other fishing gear.

The Magistrate said that no individual or a party could take the law into their own hands and wanted the police to give the persons who had been displaced protection. The Magistrate, in the course of his order, observed that as it seemed to be a problem among two communities, he would in due course talk to the Divisional Secretary to look into it and bring about an amicable settlement.

The next day, July 17, 2012, the day after the said order was issued, the Magistrate received a telephone call on his mobile phone. The caller said, ‘I am the Minister Rishad Bathiudeen’, and inquired from the Magistrate whether the receiver of the call was the Magistrate.
The Magistrate replied ‘Yes’. The person who identified himself as Minister Bathiudeen said, “I wanted to talk to you. The order you gave yesterday was wrong, because of that, the entire population of Mannar is very angry and Mannar is going to burn. You are working against the Muslims,” He continued to speak to the Magistrate in a rude, offensive and threatening manner and the Magistrate disconnected his phone.

Then, on July 19, 2012, the same person, who identified himself as Minister Rishad Bathiudeen, called the Magistrate and said “You (nee) treat those who wear the ‘hat’ (Thoppi) differently”. The Magistrate said, “Ifyou have any complaints against me complain to the Judicial

Services Commission”. The caller said, “It is a small matter for me.” Then he threatened the Magistrate and demanded that he change the order he had already made.

Minister Bathiudeen has vehemently denied that he was in Mannar or was responsible for organising the attack, or that he gave those two calls. It has been hinted that the CID on the orders of the IG was gathering certain technical and forensic evidence. He has further denied that he ever gave a call to the Magistrate.

In spite of the Ministers denials, the CID has found that one telephone call was given to the judge’s mobile phone was from the Ministers official phone, listed in the Parliament telephone index.

The CID is said to be seeking information from the mobile service provider.

They have already found that when the Magistrate assumed duties, Rishad Bathiudeen had telephoned him and said,
“I have received several complaints against you. You must work correctly”.

That earlier threat was brought to the notice of the Judicial Service Commission. Then, on July 18, 2012 there was a large unruly mob assembled outside the Court house shouting at the Magistrate calling him a ‘dog’ and displaying vulgar abusive posters in front of the Court house.

They then started pelting stones at the newly constructed Court Complex. Several glass panes were broken and the stones alighted on the High Court premises. There was pandemonium and commotion.

The crowd was about to enter the premises when the police and army dispersed them with tear gas. Several police officers were injured. This happened at about 1.00 clock in the afternoon.

The Magistrate received another call through a private number. When he answered the mobile, the caller identified himself as Minister Rishad Bathiudeen and said, “I told you the entire Manner is angry with you and Mannar would burn and see what is happening, you can see.”
DBS