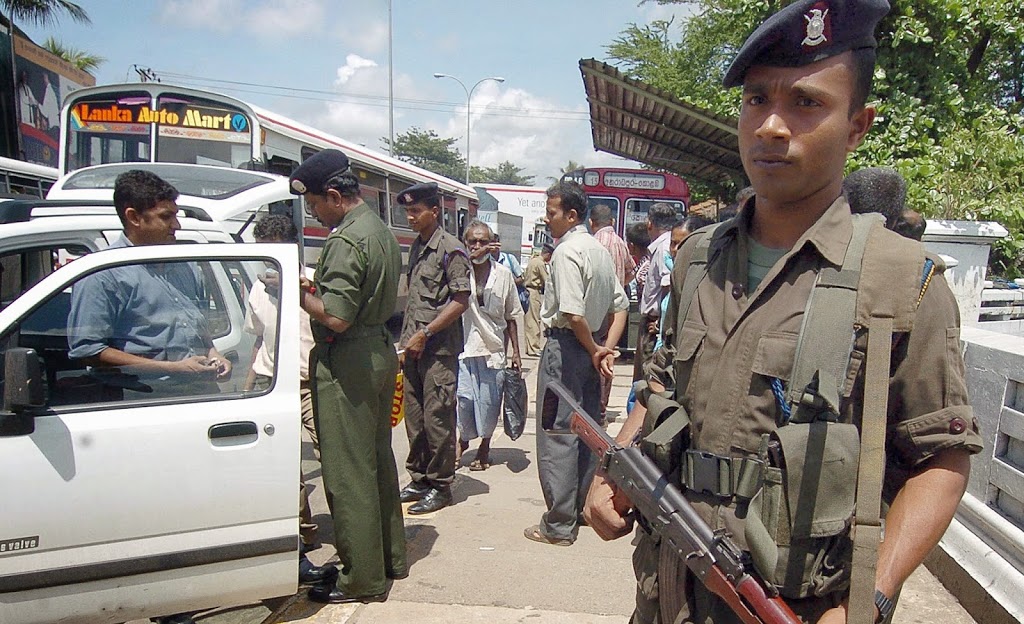 A Police-Army joint operation has been launched in the Northern Province to track down two former LTTE cadres wanted for criminal activities and a two-million-rupee reward has been offered for any information, a senior police officer said. The operation has been launched in the Vavuniya, Mannar, Kilinochchi and Jaffna districts for the suspects identified as Kajeeban Ponniah Selvanayagam alias ‘Gopi’ a.k.a. Kasiyan, and Navaratnam Navaneethan. The Police yesterday released the photographs of the suspects with descriptions.
House-to-house search operations and rounding up of residents and ordering them to assemble on playgrounds were part of the search.In some areas, residents were told to remain in their villages until the search operations were over. In Vavuniya, former LTTE cadres were summoned to the 561 Brigade headquarters and advised not to provide shelter to the two suspects.
In Mannar, the residents were told to inform the police in the event outsiders were accommodated.Police spokesman Ajith Rohana said the suspect Selvanayagam was wanted for a shooting incident in Dharmapuram in Kilinochchi last week while the other was wanted for a series of criminal activities including robberies.