‘History will judge us harshly’: Myanmar special envoy to the UN calls for tougher sanctions 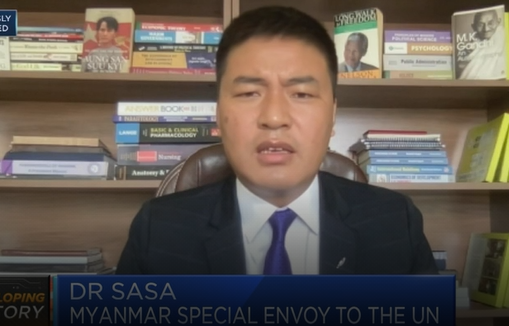 Sanctions on Myanmar’s military need to get tougher as the regime escalates violence on the ground, the country’s special envoy to the United Nations told CNBC this week.

Beyond punishing sanctions, the UN Security Council also needs to send a “unified and strong message” to stop this “crime against humanity” in Myanmar, he said.

The Southeast Asian country has been in turmoil since the military seized power from a democratically elected government on Feb. 1. Thousands have taken to the streets to protest against the coup for weeks, and more than 500 have died, according to advocacy group Assistance Association for Political Prisoners.

Countries around the world have condemned the violence, while the U.S. and Europe have sanctioned individuals or companies related to the military.

‘Shame’ on the international community

“What they are doing is terrorizing 54 million … people of Myanmar every day, every moment, every second,” he said.

He said Moscow and Beijing, which have close ties with the junta, have the power to stop the violence.

“It’s for them to decide right now,” Sasa said. Otherwise, it is a “shame” for the two countries, the international community and the UN Security Council, he said.

China and Russia, along with India and Vietnam, have helped to soften the UNSC’s criticism of the military regime. They requested that a UNSC statement remove references to a coup and the threat of further action.

“History will judge us harshly, there’s no doubt,” he added. “They have to make decisions. They will have to live with the decision that they make.”

The council is meeting on Wednesday to discuss the situation.

Asked why he believes the military would cave to pressure, Sasa said international sanctions would help cut off income.

He said the military is taking money from national companies to buy bullets and weapons, and economic restrictions would mean less money, fewer weapons and fewer deaths of civilians.

Sasa also said a national unity government will be formed in the coming days and “will not rest” until democracy and freedom is restored in Myanmar.

“We will work hard bilaterally. We will be working very closely with our friends and our (allies) around the world,” he said, adding that there will be “no future” for the military generals when the country achieves democracy.