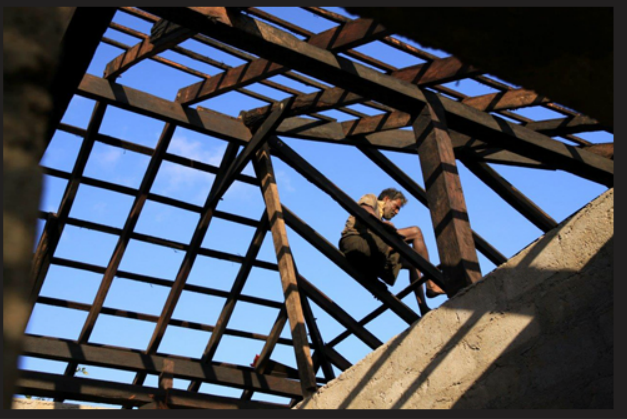 ( Building houses for IDPs in North, a Habitat photo)

The government has allocated Rs. 14 billion for high impact resettlement projects in the Northern and Eastern provinces to integrate war affected families into the mainstream of development. The projects are being implemented on a priority basis by the Prison Reforms, Rehabilitation, Resettlement and Hindu Religious Affairs Ministry through District Secretaries.

About 7,600 sanitation units are being implemented at a cost of Rs. 418 million for the IDPs, refugee returnees and conflict affected families.

Rs.100 mn has been allocated for water supply projects in Jaffna, Kilinochchi, Mullaitivu, Batticaloa whereas the other districts have been allocated between Rs.50 mn to Rs.75mn to provide water supply for the IDPs, refugee returnees and conflict affected families, the secretary said.
Daily News