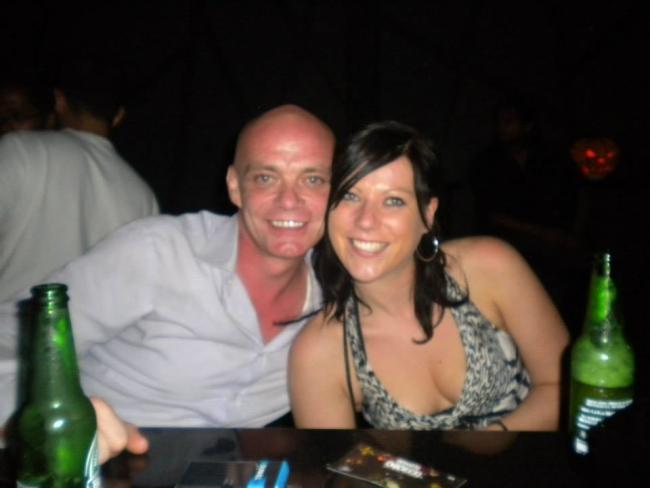 (James Casserly, pictured with Belinda hours before the incident)

A SCOTS engineer who became an overnight celebrity in Sri Lanka after punching the hated playboy son of a government minister has spoken of his hope to “see justice done” as a long-running investigation into the incident finally comes to court.

James Casserly, originally from Shotts in North Lanarkshire, was hailed a hero by the local press after he tackled notorious hellraiser Malaka Silva during a Halloween night out at the Rhythm & Blues nightclub in the Sri Lankan capital Colombo in 2014.

However, the publicity over the case ultimately led to the loss of his “dream job” and forced him to return to Scotland.

Mr Casserly, now 44, was celebrating his birthday with girlfriend Belinda Mackenzie when Mr Silva – who was in the venue despite a court ban on entering nightclubs over previous claims of unruly behaviour – approached 24-year-old Ms Mackenzie and allegedly groped her. When she pushed him away, he is said to have struck her twice in the face and head.

Mr Casserly retaliated, punching the minister’s son, but within seconds he said he was wrestled to the ground while Mr Silva’s bodyguards kicked him around the head, causing injuries that have impaired his vision.

However, Mr Silva – the son of Sri Lanka’s controversial former minister of public relations – told investigators that he was attacked by Mr Casserly after intervening to stop the Scot “beating up” his girlfriend. His father Mervyn Silva claimed the incident had been orchestrated by his political enemies to discredit him in the midst of Sri Lanka’s elections.

Next Wednesday, a court will consider the evidence of the police investigation for the first time and decide whether to bring any charges in the case. Mr Casserly, who is flying out to attend the hearing, also faces the offer of an out-of-court settlement proposed by Mr Silva’s lawyers.

Mr Casserly said: “When I went out to Sri Lanka I had a great job, big salary, house, car – it was the dream job. But I ended up losing it all through this. I took time off to look after Belinda, and my company didn’t like all the media attention, so in the end I lost my job and I had to come back here. All because of this guy. He’s taken everything from me, so I just want justice.”

Mr Casserly fell in love with Sri Lanka after he moved to the island nation, south of India, in 2013 to be group engineer for a textiles manufacturer, but said the cause célèbre status of the case made life too difficult to stay.

“It was in all the newspapers – all over the news. I would be walking down the street and people are coming up to shake my hand, wanting to take a photograph.

“But this guy has a big reputation. I had threatening phone calls and some guy turned up at my house saying ‘you better drop the case’.”

It is the latest scandal to engulf Mr Silva, dubbed the “nightmare of nightclubs”. In 2006, he pleaded guilty to attacking narcotics police who were raiding a five-star Sri Lankan hotel and in 2004, he and his father reportedly went on the rampage in another Colombo nightclub, damaging property. The case was dismissed when key witnesses changed their statements.