Here’s the Rajapaksa pal who murdered the British national 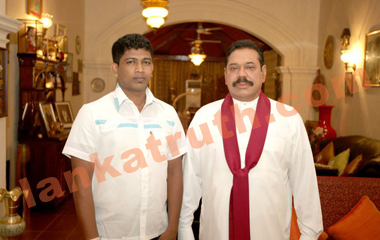 It is revealed that the suspect who killed a British national by shooting at a hotel at Madilla in Tangalle is the Chairman of Tangalle Pradeshiya Sabha Sampath Chandra Pushpa. The reason for the clash that caused the death of the British national is a clash between the management of the hotel and a group led by Sampath Chandra Pushpa. The foreigner had attempted to settle the clash.

According to the latest information it is revealed that personnel of Rajapaksa private staff who are deployed for various duties of the Rajapaksa family including security at Carlton House used to have meals and liquor from hotels nearby and leave without paying their bills. The group including Sampath Pushpa had visited the hotel yesterday (24th) night and when they tried to make use of their political power a clash had broken out.