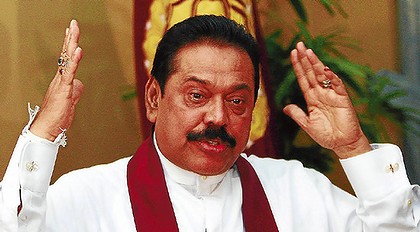 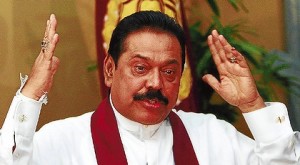 Tisaranee Gunasekara
“Tyrant, why swell’st thou thus, of mischief vaunting?
…..Lewd lies thy tongue contrives…. Falsehood thy wit approves…”
Psalm 52 (Translated by Mary Sidney)Hell hath no fury like the Rajapaksas thwarted.
All those who opposed the interests, whims and fancies of the Ruling Siblings in the past know the hellfire of their fury. Students, workers, Tamil civilians, Sinhala farmers, journalists, military personnel, Negambo fishermen and Colombo poor, all know that to resist the Rajapaksa-juggernaut is a career-destroying, life-eviscerating, and at times lethal, business.

When the Supreme Court refused to remove the constitutional roadblocks and give the Divineguma Bill a free pass, it incurred the wrath of the Siblings. Seeing in this mild expression of judicial independence a dangerous threat to their power project, the Siblings resorted to their customary slash-and-burn tactics, to clear their path of all constitutional and legal hurdles.

Lies and empty declarations are part of the repertoire of any politician; the Rajapaksas make use of these deceptive tactics more than most. When there was a public outcry against the 18th Amendment, the regime solemnly promised not to implement it; once the public focus evaporated, the Amendment was pushed through via a politico-legal Blitzkrieg.

Similarly, for weeks the regime denied media reports of a plan to impeach the Chief Justice. When Minister Nimal Siripala de Silva was asked about an impeachment plan, he said “No, there is no such idea. These are reports by various media or hidden forces trying to set one against the other and destabilise the country by spreading rumours or publishing reports on websites. Attempts are made to create conflicts between the Executive, Legislature and the Judiciary” (The Sunday Times – 14.10.2012). The motion was probably being drafted, even as the Minister made his mealy-mouthed declaration.

Let’s face it; had the CJ been willing to violate the constitution on demand, there would have been no impeachment motion against her and no corruption charges against her husband. The only reason Pradeep Kariyawasam was charged was because his wife refused to do the bidding of the country’s ersatz royals. Had the CJ ignored the constitution and approved the Divineguma Bill, her husband could have misused every asset of the NSB, with total impunity.

The latest COPE Report highlights several ‘bad transactions’: the purchase of Sri Lankan shares by the Peoples Bank for Rs.1,137 million; Central Bank’s investment of US$15.6 million in Greek Bonds; IIFA accounts….. It does not require any supernatural foretelling capacity to know that none of the authors of these transactions will be charged before the law, so long as they do not cause the ire of the Rajapaksa kith and kin. Had the Chief Justice been willing to abide by the Rajapaksa dictats, she could have broken every law, in perfect freedom – and perhaps even been rewarded by an appreciative executive with some high national honour (Desha Bandu? Desha Manya?).
Just as Gen. Fonseka could have stolen anything and murdered anyone, without losing his rank, pension, or freedom, had he abided by the new First Commandment: ‘Thou shall have no other Leaders before Us; not the law or the constitution, not even your conscience; if you obey Us, you will prosper; if you do not, you will not’. Simple; easy to understand, but harder to obey for those who value the law, honour the constitution or just cling to common-or-garden decency.
So how will this tale end?

Will the judiciary barter its independence for immunity from Rajapaksa wrath? If that happens, Lankan democracy will be dead and the fate of all those who resist the Rajapaksa-juggernaut will be sealed. But if the judiciary decides to resist the naked attempts to subvert power-separation and turn it into one more handmaiden of the executive, the anti-democratic drive might flounder, to the benefit of all citizens.

If the judiciary succumbs, the Divineguma Bill will become law next week. And a 19th Amendment, which will do to the 13th Amendment what the 18th did to the 17th, will soon be unveiled. Incidentally, it is useless to expect the left and the minority parties in the UPFA to resist this pre-meditated murder of devolution. Those firebrands and powerbrokers of yesteryear may make a few sabre-rattling speeches, but when the voting hour comes, they will bow their knees and raise their hands, unwilling to risk the fire-and-brimstone of Rajapaksa wrath.
And devolution will die, proving Vellupillai Pirapaharan right.

The Rajapaksas are launching their anti-democratic assault on the judiciary just as Sri Lanka’s UPR gets underway in Geneva. This demonstrates how little the Siblings care for Indian ire or Western displeasure. They seem to feel that nothing can touch them so long as they are safe in the prosperous embrace of Beijing. Are they right? Is there nothing India or the West can do, apart from denying visas or – at most – changing the venue of the Commonwealth Summit? Will Beijing bankroll Rajapaksas, ad infinitum, in return for Colombo’s willingness to become an obliviously happy pawn in the unfolding regional and global power-games?
The Poison-Pen Rulers

Poison-pen letter is a phenomenon ubiquitous in literature and in real life. Books, plays and movies tell about the havoc wreaked by this chosen weapon of the cowardly vindictive. Children are warned that a poison-pen scribe is a despicable person who should be shunned, and that the only suitable place for a poison-pen letter is the fire.
Clearly the current Lankan rulers think otherwise. Last week, in one of the most disgustingly bizarre incidents (in a country inundated by the disgusting and the bizarre), a minister tabled in parliament a poison-pen letter sent to the IGP. The toxic missive made inanely coarse allegations about senior members of the judiciary. Only those who are inane and coarse themselves would have even entertained the thought of using such a degrading tool to further their power.

The poison-pen letter is no stranger to politics. For instance, the FBI used poison-pen letters to denigrate Martin Luther King. William C Sullivan, FBI’s assistant director in charge of the anti-King campaign, typed and sent an anonymous letter which accused Mr. King of being a ‘colossal fraud’, an ‘evil abnormal beast’ and a ‘dissolute, abnormal moral imbecile’. Devastated by the FBI’s psychological war, Mr. King told a colleague, “They are out to get me, harass me, break my spirit” (Judgement Days – Nick Kotz). Civil rights leader Andrew Young felt that they were dealing with people who had “almost a fascist kind of mentality” (ibid).

Poison-pen letter has had a role in every kind of human drama, from village quarrels to high politics; its victims have included the ordinary and the extraordinary. But a minister tabling a poison-pen letter in a parliament is a truly unique development. The Rajapaksas must be congratulated for scoring another Historical First.

According to psychologist Prof. Petruska Clarkson, “Poison-pen writers….are in serious need of psychological attention” (BBC – 21.7.1999)
In Sri Lanka, they rule.