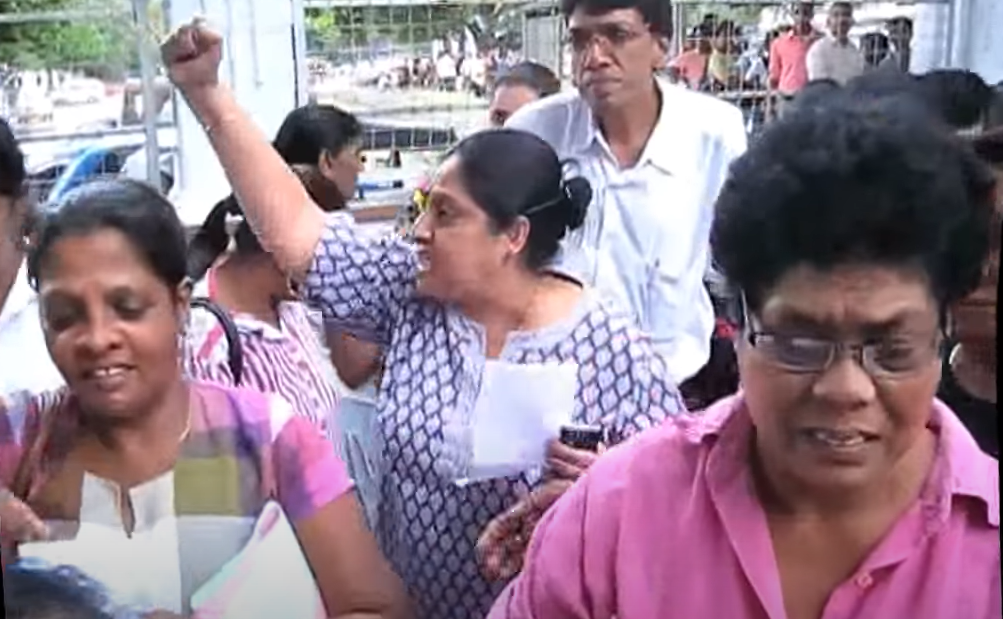 Samarasinghe is well known for using the airwaves to broadcast hate speech and in the past had censored reporting from the British Broadcasting Channel (BBC). He served as the Chairman of the Sri Lanka Broadcasting Corporation under president Mahinda Rajapaksa.

While informing  EU that the government is working for reconciliation in order to retain GSP+ benefits  Rajapaksa Government has now appointed one of the worse hate monger at the helm of state broadcasting network.

Under Samarasinghe’s leadership, on 9 February 2009, the BBC’s coverage of atrocities being committed during the final year of the conflict was blocked by the SLBC.  Hudson Samarasinghe, admitted to censoring BBC programming, saying that he had a duty to do so at a time of war since foreign news centres, including the BBC, create fabricated news.

Fir example, on November 4, 2013, well known human rights activists  Nimalka Fernando was threatened and defamed on the radio programme Rata Yana Atha  (“theway the country is forging ahead”) on the commercial channel of the SLBC, following comments she had previously made on the legalization of sexwork.

In a radio broadcast, entitled “Stoning the Sinner Woman”, was presented by Mr. Hudson Samarasinghe, then Chairman of the Sri Lanka Broadcasting Corporation,who took fragments of the interview Ms. Fernando had previously granted to HIRU TV on November 3. Ms. Fernando was described as a 59-year old divorced woman who had served 30 different organisations, and“since 1989 carried tales”.

Listeners had the opportunity to call to the radio programme to give their opinion and some threatened  Nimalka Fernando in those terms: “We cannot allow persons like Nimalka Fernando to live in this society”; “If we do something to them the government will be blamed by the human rights people. We should use a lorry and cause an accident”, “There is something call cleaning in the army. […] We should hand her over to the cleaning system”or “We use insecticides to eliminate the spread of mosquitoes. Some mosquitoes develop a resistance to such spray. These people are like that. We have to find a method to destroy them”. MIn that programme Nimalka Fernando was also called a prostitute. Reportedly, most of the callers were men, and some of them identified themselves as having served the armed forces and retired. Mr. Samarasinghe did not stop the callers in their offensive and violent statement against Ms. Fernando,and even seemed to encourage them.

The World Organisation Against Torture (OMCT) reported the above  harassment in an urgent appeal. Read the OMCT release  here.

Samarasinghe conducted one hour a political analytical programme of his own aggressive style every morning during Mahinda Rajapaksa rule and attacked civil and political opposition with harsh language full of hate.

(With the inputs from Tamil Guardian and OMCT)