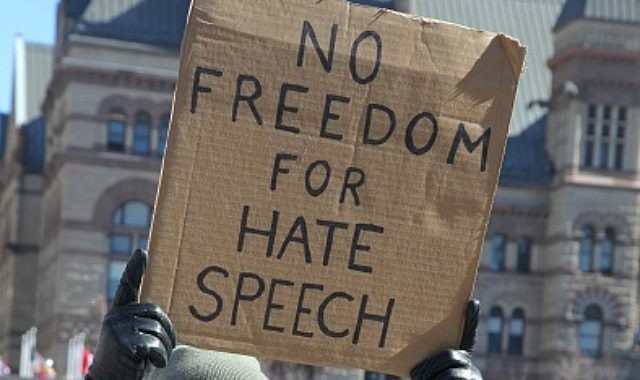 A group of Muslim organizations has requested Acting IGP Chandana Wickramaratne to inquire into an alleged campaign against the Muslim community. The following is the text of the letter:

We, the undersigned Muslim organizations in Sri Lanka, respectfully lodge this complaint for your immediate investigation and urgent action on the continued hate mongering against the Muslim community.

There are several clippings in circulation in the social media, including a video recording of the President of the Sri Lanka Health Officers Association.

Please see attached an audio recording of an anonymous person that is already in public circulation containing material that violates several of the country’s laws, including section 3 of the International Covenant on Civil and Political Rights (ICCPR) Act No 56 of 2007, section 2(h) of the Prevention of Terrorism (Temporary Provisions) Act No 48 of 1979, section 120 of the Penal Code and other provisions. We believe that the originator of the voice recording of the social media post can be easily traced.

We wish to state that it is also important to investigate whether any organized group is supporting, aiding and abetting the spread of racial and religious hatred to destabilize the country at a time when the Government’s fullest attention is on controlling and eliminating the deadly COVID-19 here in Sri Lanka.

We believe it is vital to investigate, in the light of the prompt action taken by the Sri Lankan government to contain the spread of the novel coronavirus and the highly committed services being rendered around the clock by the country’s armed forces and other sectors, whether organized efforts are underway to create racial and religious conflicts, targeting the Muslims, and thereby to destabilize the already economically afflicted nation, its Government and the existing unity and harmony in the country.

The speaker in the audio clip alleges that virus afflicted Muslim women are being sent amongst Sinhala men offering sexual intimacy. The allegation is horrendously fake in the light of the strictly enforced curfew in the country as well as an insult to the country’s women as a whole.

The speaker alleges furthermore that these persons are spitting on food items at supermarket outlets in order to spread the virus among the people. This allegation is also absolutely false at a time when the supermarket outlets are closed except on the date when curfew was not in operation and these outlets were kept open. On those days, thousands of Muslims too purchased their dire essentials at the very same outlets. These supermarkets are fully equipped with CCTV cameras and no supermarket has detected or complained of any such wild acts by anyone.

In this audio, the speaker makes a racist appeal to the listeners not to purchase from Muslim owned businesses–a rhetoric, which had been spread before and after the anti-Muslim violence in Digana in 2018, and Minuwangoda in 2019.

We also draw your attention to the opinion that right wing extremists in the country may have been either aided or inspired by foreign extremist groups to plant material containing identical (with similar ones in India) but fake accusations against Muslims.

We respectfully seek an unbiased investigation into this complaint. We wish to add that the contents of the audio recording clearly violate offences under the ICCPR, the PTA, the Penal Code and other laws.”