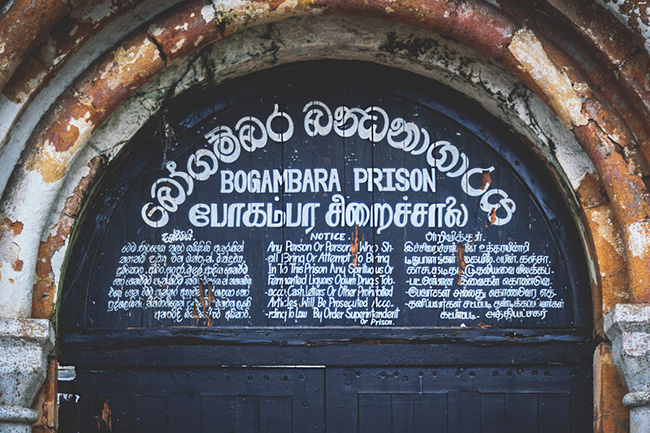 Oshala Herath, the son of Shirley Herath –  the retired doctor who is currently in remand custody in connection with the incident of a hand grenade being found in the All Saints’ Church in Colombo – and the Committee for Protecting the Rights of Prisoners (CPRP) have claimed that despite a court order to provide medical treatment to Shirley Herath due to his health conditions, the prison authorities are ignoring the matter.

In a letter to Prisons Commissioner General Thushara Upuldeniya, Oshala Herath has alleged that despite the court having ordered the prison officials to provide the required medical facilities to his father, officials at the Colombo Remand Prison in Welikada have transferred him to the Bogambara Prison in Kandy without even referring him to a doctor’s attention. He claimed that there is no hospital, doctor, or resident nurse at the Bogambara Prison.

“My father has high blood pressure and irregular heart rhythms which he takes medication for. I went to Kandy and managed to give some of his essential medicines to the prison officials. They said that they would keep him there for seven days. In a medical emergency, they said that he would be transferred back to the Colombo Remand Prison, which takes more than three to four hours,” he added.

The letter further read: “Among other issues, he has sleep apnea syndrome which lowers his blood oxygen levels at night. Therefore, he needs a pillow and a mattress to sleep on. Further, he has an enlarged prostate which he takes medicine for, but we were unable to give him the required medicine. In 2003, he underwent a surgery in the right knee to repair a comminuted (producing multiple bone splinters) fracture due to a road traffic accident and hence, he is unable to squat and therefore requires a commode toilet facility which is not available at the Bogambara Prison.”

Oshala Herath further said that his 75-year-old father has many other age-related illnesses for which he has to take regular medicines for, like arthritis, insomnia, vertigo, muscle weakness, and sensory loss in the legs and feet. Claiming that he is highly susceptible to contract Covid-19, Oshala Herath alleged that his father has not been isolated.

“I have reasonable doubts that some officials have deliberately led him to this situation like a conspiracy, ignoring his medical conditions and the court’s specific instructions with regard to his health concerns. Failing to address his medical requirements would put his life in danger, and he may starve and get weak,” he added.

Meanwhile, speaking to The Morning yesterday (16), CPRP Chairman Attorney-at-Law Senaka Perera said that there is a serious question as to why the prison authorities do not work to provide Shirley Herath with the required medical treatment despite the court order to do so. He claimed that prison officials appeared to be setting the stage for his health to deteriorate, adding that it is suspicious as to whether there is a powerful hand behind it.

“The court will decide if he is guilty or not for these charges. That is not in our scope, but we are talking about his rights as a prisoner. It is very unfortunate if prisoners are treated in this manner. We have a serious doubt as to in whose interests his health is being neglected in this manner despite the court order. Therefore, we hope to make a request to all parties today (17), including President Gotabaya Rajapaksa, Public Security Minister Dr. Sarath Weerasekera, and Upuldeniya,” he added.

Upuldeniya and Prisons Department Media Spokesman and Prisons Commissioner Chandana Ekanayake were not available for comment.

The Morning BY Buddhika Samaraweera