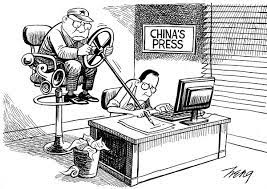 Claiming that certain activities of mainstream media institutions and social media platforms have led to great social ills, State Minister of Mass Media Shantha Bandara says that “there are laws to regulate media platforms in countries like China and Singapore. Therefore, we will study them and prepare one suitable for Sri Lanka.”

He further says that the Government’s attention has been focused on introducing the necessary legal provisions to subject them to some form of regulation considering requests made by the public, as well as Government and Opposition politicians.

He has told Daily Morning that ” a great damage and social deterioration has been caused due to certain acts of mainstream media publications and social media platforms. Not only the politicians, but also the general public have said that there should be some regulation to prevent such incidents. Therefore, there should be legal provisions to prevent that harm.”

Noting that there has been a lot of controversy about character assassinations on social media platforms, he said that various issues arise when prosecuting those who are responsible for such activities. Although social media platforms have many benefits, he said that if someone is unnecessarily accused without any basis, it affects even their families. He also said that there have been many such incidents in the recent past, but that the existing laws are not enough to take action against the perpetrators.

During a discussion with newspaper editors and news directors of electronic media at the Presidential Secretariat on 6 January, President Ranil Wickremesinghe said that the Government was working to introduce an Act similar to the Singapore’s Telecommunications Act and Online Safety (Miscellaneous Amendments) Act currently used in Singapore to regulate social media platforms including YouTube and Facebook.

He  said that he hoped to study the said Act and use it to prepare a legal framework suitable for Sri Lanka in the future. Several parties such as the Young Journalists’ Association of Sri Lanka and the Sri Lanka Freedom Party, as well as online content creators, criticised the President’s statement, claiming that the Government was attempting to suppress media under the guise of regulation.

With the inputs from  the Morning