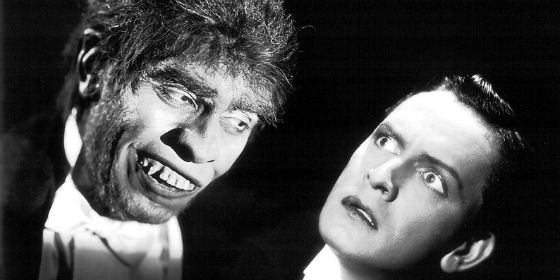 TNA leader R. Sampanthan says that the government is playing Jekyll and Hyde on the political solution to the Tamil grievances. He spoke to Afreeha Jawad on a gamut of issues.
Excerpt:
There is widespread belief of an unwillingness on your part to take part in the parliamentary select committee for a negotiated settlement to end the ethnic crisis. How would you respond to this?

Let me explain to you and then you will find for yourself who is playing Jekyll and Hyde. There were bilateral talks between the TNA and the government since 2011. In March 2011, we presented our proposals in writing for a political solution. The government agreed to respond but has not done so to this date. Consequently, the bilateral talks were interrupted. As a result, certain talks took place between the president and me as the TNA leader. We agreed to bring the commitments made at these discussions into the negotiation process. We want the process to continue but the government’s response has lacked commitment. Reports that have emerged through various processes in the past during President Premadasa and President Chandrika Kumaranatunga’s time, as well as that of the present president were brought in, in lieu of the government’s proposals. Bilateral talks were to continue and efforts were made to reach a consensus between the government and the TNA.

When the Parliamentary Select Committee was constituted this consensus was to be discussed and the TNA was to join the select committee after such consensus was reached, particularly on more important issues such as structural governance, subjects and functions to be assigned to the provinces or regions along with fiscal and financial provisions. The government did not constructively engage and this consensus was not arrived at. The government also did not attend bilateral talks fixed for January 17, 18 and 19, 2012. The first attempt to break this stalemate was made in January 2012 when I had talks with the government delegation where a formula was worked out to end the stalemate which was accepted by the government. There was no presidential approval for this. The second attempt to break the deadlock was at the president’s request when the opposition leader intervened in 2012.

A formula was worked out which according to Ranil the President approved. When Ranil made a statement in parliament outlining the formula, the government responded without accepting the salient features in it. Therefore the stalemate continues entirely due to the government’s lack of commitment. We are even today prepared for a reasonable political solution within a united, undivided Sri Lanka for the benefit of all Sri Lankans.

The story goes that the diaspora is against you because you want devolution while they are determined to obtain separation. Do you agree?

They believe that there is no hope of a reasonable political solution and therefore total sovereignty is inevitable. After all, evolving a political solution has been in this country’s political agenda under successive presidents including the present head. Several governments took up the position that the LTTE was a hindrance. The LTTE is no more. The Tamil political formation is substantially prepared for a reasonable solution within a united, undivided Sri Lanka. Today, unlike earlier, the main opposition party is prepared to accept any solution arrived at. No one can continuously sustain a manifestly unreasonable position. This has been demonstrated in several countries. Myanmar’s military regime is compelled to change and respect democracy. We are committed to avoiding any form of violence. Let’s hope the government will change its attitude and become positive towards a negotiated, peaceful solution through rational dialogue.

There’s a great deal of development activity that is going on in the North. So why not join hands with the government and give up this call for devolution?

Sovereignty belongs to the people. Institutions of governance exercise this sovereignty on behalf of the people. For these institutions to be truly representative of the people it must be in keeping with the people’s democratic verdict. Since 1956, for over 50 years, the Tamils have voted for power sharing of governance for devolution and political autonomy. This they have repeatedly affirmed is a need in order to preserve their dignity and self-respect and to fulfil their legitimate economic, social and cultural aspirations within a united, undivided Sri Lanka.

True, many foreign governments and organizations are funding development activities in the war affected North and East. Though the government is expending these contributions it does not mean that the people’s legitimate aspirations are fulfilled. Despite these activities, tens of thousands are still without shelter, sanitation, drinking water, food and livelihood activities.

They must be politically empowered to take control of their lives and fulfil their democratic wishes. This is the only way to ensure genuine reconciliation, unity and harmony among different people. Some foreign delegations are taken on guided tours to enable the government to present its version which is not the true position of the Tamil people.

What are your views on Sinhala colonization of the North East? The government believes that anyone has a right to go and live in any part of the country. Do you agree with this?

We don’t object to the Sinhala people coming to live in the North and East. We only raise objections to the government being an agency through which the Sinhalese take up residence there. Tamils living in the South and West have gone there of their own volition and not through government assistance. The state should not try to change the demographic composition through state action and funds. This has been our consistent demand and is also the essence of the Bandaranaike/ Chelvanayagam and Dudley/ Chelvanayagam Pacts. Unfortunately, the government engages in activities to change the linguistic and cultural identities and the demographic composition. The excessive and oppressive presence of armed forces and their activities also contributed to this. These are indicative of the government working towards an agenda despite public dissent.

What is the assurance you got from Prime Minister Manmohan Singh following your recent visit to India?

He said he wanted a political solution where Tamils would be treated with equality and justice and could live with dignity and self-respect. Going by past experiences we have great doubt over the government’s sincerity. We are prepared to engage constructively if they move forward. I am a Sri Lankan . I want my country to prosper.

I will not take part in anything that will harm Sri Lanka. I will do everything possible to get the government to do the right thing.