Governor of the Central Bank (CBSL) Misusing And Abusing His Powers 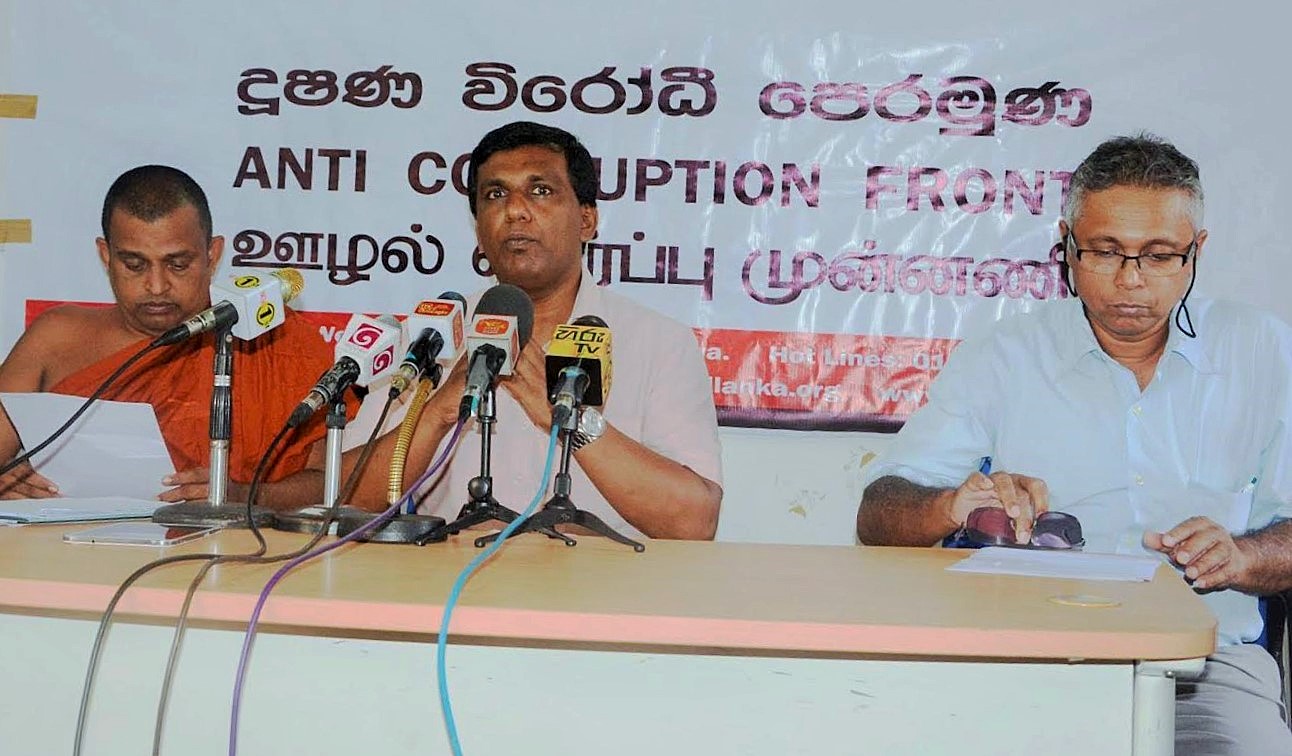 The Chairman of the Lankaputhra Development Bank Limited (LDBL), Lasantha Gunawardena who was removed by the Department of Bank Supervision is being protected by the CBSL Governor! – Advisor to the ACF says at a press conference.

The CBSL Governor who through two bonds issues has been involved in a conflict of interest is at present misusing and abusing the powers afforded to his position. He has used his powers to keep Gunawardena in his post thus.

The CBSL’s Department of Bank Supervision on the 24th of March 2016 through a letter sent informed that the Chairman of the LDBL should no longer continue to serve in the said post. The reason for this was twofold. The first was that Gunawardena did not possess the professional qualifications required as per Section 3 (5) (IX) of the Banking Act, Direction No. 12, of 2007. The second was that previously despite warnings of danger being given, the Chairman had unheeded them and failed to protect the Bank’s confidentiality and thereby failed to fulfill the duties and responsibilities of the post of the Chairman.

Financial institutions and special banks registered in the country are bound to conduct themselves in accordance with directives and warnings provided by the CBSL’s Department of Bank Supervision. This is for the betterment of the banking process and to protect the standards in place. Section 76 (h) (42) (2) of the Banking Act, No. 30 of 1988, provides the CBSL with the required powers for this.

The CBSL Governor cannot rescind the said power. The orders based on the recommendations of the Department of Bank Supervision after vigilant monitoring and analysis, are applicable equally to the entire banking sector.

Aside to this, against the Chairman of the LDBL who is forcibly occupying the said post, information with evidence has come to light that he is influencing and interfering with the daily affairs of the Bank, directly intervening with regards to recruitments, and that he revealed information pertaining to clients and stakeholders of the Bank at a press conference.

The CBSL Governor has no power to recall a letter sent by the Department of Bank Supervision. Recalling recommendations made following a technical assessment constitutes a dictatorial/ an authoritarian/ an arbitrary act.
An inquiry into this matter has revealed that the Department of Bank Supervision has never recalled an original, initial letter sent by them. Therefore, this letter still remains valid.

If so, how is the Chairman of the LDBL still continuing on in the post?

The era of Ajith Nivard Cabraal – ending it

The present CBSL Governor was appointed to fill in for the rest of the term of former CBSL Governor Ajith Nivard Cabraal. He has conducted the affairs of his office in the same manner as Cabraal had done previously.
Instead of Cabraal’s gang which destroyed the financial reserves of the country by investing in Greek bonds, the father-in-law and son-in-law team continue to maintain their conflict of interest. Throughout this, the process of issuing bonds continues on sans transparency.

The perfect evidence to prove that the CBSL Governor has abused and misused powers afforded to him is the fact that he intervened with regards to the removal of the Chairman of the LDBL.

The ACF strongly emphasizes that such a Governor should not be reappointed to the post of the CBSL Governor.

Advisor to the ACF, Rajith Keerthi Tennakoon presented these details at a press conference held in Rajagiriya on the 05th of June 2016.