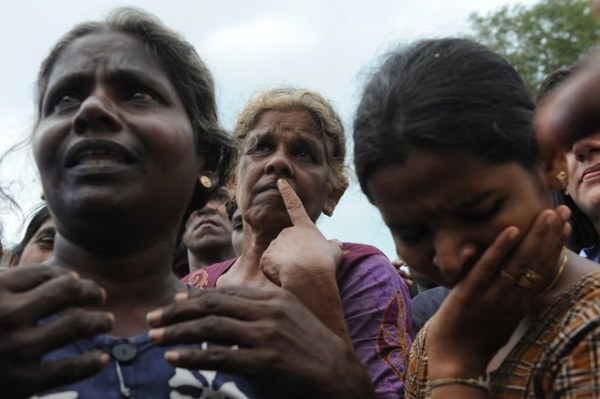 Dr. Jehan Perera
The government has done a considerable amount of background work in preparation for the forthcoming session of the UN Human Rights Council in Geneva. In dealing with the Universal Periodic Review, which is a four year report on a country’s human rights performance,government is leaving no room for a repeat of the setback it experienced in March 2012 when the Human Rights Council voted against it.

In the months that have followed the government has been busy meeting its international obligations, including an Action Plan on implementing the recommendations of the Lessons Learnt and Reconciliation Commission and in hosting a team from the office of the UN Human Rights Commissioner. In addition, the government has been opening up new diplomatic missions in African countries which it hopes will ensure it the support of a majority of countries in the future.

Scrutiny in November
The forthcoming November session of the UN Human Rights Council, however, will not see any voting. Instead there will be a scrutiny of Sri Lanka’s track record since 2008 in upholding and improving the situation with regards to human rights. Already documents have been tabled with regard to this by the government, specialized UN agencies and NGOs. The core of the government’s defense of its performance will be a comparison between the situations that existed in 2008 and now. There will be no question that the situation today is a vast improvement over what existed in 2008, when the war was at its peak. It is likely that the government’s position will be on lines articulated by External Affairs Minister G L Peiris during his recent visit to the United States.

Presentation by G.L.Peiris impressive in rhetoric
The gist of Prof. Peiris’s presentation on behalf of the government appeared as a news item in the newspapers. In this the Minister gave an overview of the completion of resettlement of the internally displaced people, rehabilitation of former LTTE combatants, demilitarization of the former theatres of conflict and repeal of the Emergency Laws. Any foreign person listening to such a presentation could not fail to be impressed by the developments that have taken place in the country and would only wish to support it if not emulate it. Prof. Peiris also explained the government’s position that reconciliation can be sustained only with economic development and referred to the mega projects to construct highways, bridges, airports and harbours which had led to substantial investments from local and foreign companies.

Ground realities not so impressive
However, the ground reality in terms of human rights, which the Universal Periodic Review is meant to promote is a harsher one. The country’s Human Rights Commission has referred to 37 cases of disappearances, 19 white van abductions between January, 2012 and August 13, 2012. At the present time when several important cases are before the courts of law which could have long lasting repercussions on the future of the country there has been an assault on the Secretary of the Judicial Services Commission in the context of tensions being reported between the executive and judicial branches of government. The most ominous part of this assault is that the victim had expressed his fears in public about such a danger to himself and other members of the judicial services. All courts shut down with judges and lawyers staying away in protest against this attack.

Different realities
Fate of missing and detained persons
Last week in Batticaloa, I was witness to a different reality to the macro picture that the government would like to present. What I heard were the views shared by community leaders at a workshop on the LLRC report and its recommendations. The 34 participants who attended the event spoke with a great deal of passion. This was ironic as there were hardly any persons from outside Batticaloa, such as myself, and they were speaking primarily in the Tamil language to themselves. They would all have already known what they were talking about. They were talking about the life they had experienced and continue to experience. There was nothing in it that was new to them. The fact that they nonetheless spoke with passion suggested their frustration that their message was not being heard and acted upon to redress their most urgent needs. When asked which of the LLRC recommendations they most wish to see implemented, the answer that came up most frequently pertained to the fate of missing and detained persons.

Ten thousand widows of Batticaloa
During her election campaign of 1994 former President Chandrika Kumaratunga referred to the 10,000 widows of Batticaloa and pledged to negotiate a peaceful solution. Having visited the North and East, including Batticaloa in the course of their investigations, the LLRC stated that “During the public sittings and its field visits, including to the conflict affected areas, the Commission was alarmed by a large number of representations made alleging abductions, enforced and involuntary disappearances and arbitrary detention. In many instances, it was revealed that formal complaints have been made to police stations, the Human Rights Commission of Sri Lanka and the ICRC. In some cases, submissions had also been made to the previous commissions of inquiry. Yet, the next of kin continue to complain that the whereabouts of many of those missing persons are still unknown.” (LLRC chapter 9, paragraph 46).

Action plan is silent
LLRC 9.46 also goes on to state that “The government therefore is duty bound to direct the law enforcement authorities and take immediate steps to ensure that these allegations are properly investigated into and perpetrators brought to justice.” Unfortunately, the government’s Action Plan on implementing the LLRC recommendations which has been presented to the UN and to the rest of the international community is silent on this and other important recommendations related to the missing and detained persons. Thus, the government’s Action Plan is silent on LLRC recommendation 9.50 which states that “All efforts should be made by the law enforcement authorities, in cooperation with relevant agencies, especially the ICRC, to trace the whereabouts of the missing persons and ensure reunification with their families. The families should be kept informed of the progress in that regard.” Most unfortunately little or nothing of this is happening.

Government unconcerned
It appears that the unresolved problem of missing and detained persons does not rank high on the government’s list of priorities. The considerable experience that organizations like the ICRC have obtained through their work over many decades and in different parts of the world is not being utilized effectively and instead are being marginalized. The ICRC has pointed out that dealing with the aftermath of the war and meeting the psycho-social needs of the affected families is a long term undertaking that could span at least two decades. But little or nothing is being done in this respect and these issues do not figure in the government’s LLRC Action Plan. There were also other matters highlighted by the participants of the workshop that I attended that are in stark contrast to the vision of economic development and reconciliation so attractively spelled out in government communiques. These include the complaints that the documents pertaining to land given to the resettled people are of a doubtful quality and they are fearful as to how long these documents will be valid.

Unequal voices
There are two voices, the voice of the government and that of the affected people. But only one of these two voices reaches the governmental level of the international community, such as the forums at which the UPR will be debated. This is the voice of the government. Therefore it can be expected that the dice will be loaded in favour of the government at the forthcoming session of the UN Human Rights Council at the Universal Periodic Review of Sri Lanka takes place. The UPR is a state-centred process set up by governments themselves. The role of NGOs is relatively small in this process even though it is important. But NGOs cannot directly question the governments when they take the floor at the UN Human Rights Council. Only governments can question another government. If an NGO wishes to raise a question it has to persuade a foreign government that is sympathetic to their position to ask the question. Needless to say, this is a difficult task especially where it concerns the great majority of countries, which are non-Western.

Int’l community divided
The international community is itself divided on issues such as this, with Western governments being generally in favour of international supervision of human rights within other countries, while non-Western governments are in opposition to it. They do not wish to have international supervision which they often describe as a hypocritical exercise, and sometimes for valid reasons. As the number of non-Western countries greatly outnumbers the Western countries, there is no doubt as to where the sympathies of the international community will lie and the nature of the decision that will emerge. In the face of this adverse reality, the challenge for human rights and civil society groups is to keep hope alive in the people who are not receiving either the fruits of development or justice. The questions of people like those who attended that workshop in Batticaloa must receive answers whether through the UPR process in Geneva or some other process.

Labeled traitors
The spirit of the Universal Periodic Review which aims to put pressure on countries to abide by their commitments to the United Nations Charters on Human Rights is not a political matter alone. It matters to the Sri Lankan people whose welfare and best interests the government is committed to uphold. One way is to use the occasion of the Universal Periodic Review and the several reports that have emerged from it to create greater public awareness amongst those who are community leaders. But this is not an easy task. The government and its media are quick to label those who work in tandem with international human rights groups as being traitors. Those who seek to use the UPR and its documentation are vulnerable on this count, as the UPR process is an international one. The LLRC report on the other hand, is an outcome of an entirely domestic process and produced by eminent Sri Lankans appointed by the President. The government’s Action Plan to implement the LLRC report with its large gaps can only be taken as a preliminary document that needs a second look and much review.