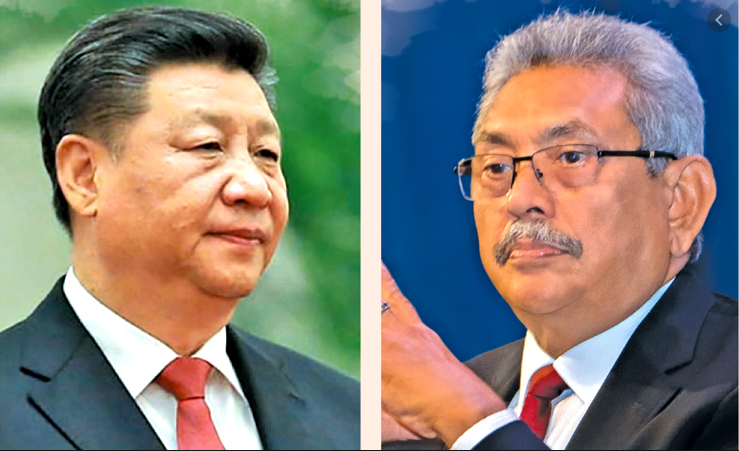 Also, the government recently used its 2/3 power to introduce a bill called the Colombo Port City Economic Commission. China Harbour Company owns 80% of the 1115 acres of land in the port city built near the city of Colombo. It was reported that this company had pumped large sums of money for the Rajapaksas\ election campaigns and their various funds in the recent past. This company had pressured the government to designate the port city as a region that does not come under the country’s law. In fact, this bill was presented as a result.

The two Acts passed in our country, which are the Board of Investment Act and the Strategic Development Act, could provide huge tax breaks. In fact, the Rajapaksas gave tax relief to the Shangri-La Hotel for 25 years, and Ranil gave tax relief to the Chinese company in the sale of the Hambantota port through these acts.

Despite that, without using these Acts, the port city is being given massive privileges that would make it a separate province that does not come under Sri Lanka’s area of authority.

● The port city is a special zone that does not belong to any local government area.

● The Port City Economic Commission has the power to grant various tax concessions. Generally, only Parliament can grant tax relief. But this ‘state’ has special tax relief.

* Money received by the state is subject to the supervision of the Auditor-General. But, the Port City Economic Commission’s money is audited by a private company. It has been removed from the state audit.

* Only Foreigners can invest in this port city. It has indirectly prevented Sri Lankan business people from investing by informing that only those who raise funds from abroad can invest here. In short, it means that the port city is a separate state.

* It is stated that the salaries of those working in this port city area should be paid in a designated foreign currency. It could be the Chinese ‘yuan’.

* Income of employees working here is exempt from income tax. It is stated that the money can be deposited in a foreign currency account in this country.

* Citizens of Sri Lanka can pay for services in the Port City of Colombo but pay taxes upon departure on goods purchased. This convinces that the region is a separate country.

* Disputes within the jurisdiction of the Port City Economic Commission should be resolved through international arbitration. For example, the dispute over the hedging agreement with the Petroleum Corporation and the international bank was referred to a Singapore Arbitration Board. That is the way to resolve disputes between states. Accordingly, disputes between the Commission and institutions and between institutions and employees have vested in an International Arbitration Board established there.

Many of the most important bills currently being passed in Parliament are not being implemented in this precinct. Urban Development Authority Act No. 78, Municipal Councils Ordinance, Sri Lanka Trade Mediation Centers Act, Urban and Rural Design Ordinance, Strategic Development Act granting tax concessions for various projects, General Contract Agreement Act No. 78 of the National State Council approving construction. Important Acts such as the Board of Investment Act, the Securities and Exchange Commission Act do not apply in this province.

The Securities and Exchange Commission Act protects foreign exchange. All the powers and regulations of the foreign currency of the country are exercised through this Act. Also, the Inland Revenue Act, the Value Added Tax Act, the Monetary Act No. 11 of 2002, the Monetary Act No. 05 of 2005, the Customs Ordinance, which has the power to import goods and exports, the port and airport-related to port and airport taxes, including the rules and regulations on income tax Development Act, Sri Lanka Export Development Act, Betting and Gambling Act, The Government may take steps to amend or amend certain provisions of the Termination of Employment Act, the Entertainment Tax Act, the Foreign Exchange Act and the Casino Business Regulation Act, which do not provide for the dismissal of employees at the discretion of the company and the protection of workers’ rights.

This government came as a patriotic government that protects national resources- a regime that has built up a great deal of criticism of the Liberal economy. A key element of economic liberalization is the Board of Investment and the Strategic Development Act. The President’s anti-liberal views in the presidential election are now to be forgotten by abolishing the laws and regulations of the country, turning it only into rhetoric about the national economy.

This is an attempt to break the backbone of our country’s remaining economy and present the economy to powerful states. Therefore, this process must be defeated, and the citizens of this country must speak out against it. We are also looking into whether our legal team can take legal action against this. However, the government has turned the judiciary of this country into a centre that can be manipulated according to its whims and fancies. It is now very clear why. This is why the 20th Amendment was adopted. These laws are being drafted to build a state that the Chinese government and the Chinese Harbour Company want, in violation of all laws applicable to Sri Lanka.

( Excerpts from the speech made by Anura Dissanayake at the  media briefing held at the JVP head office on 0n12th April 2021.) JVP Sri Lanka