Government Could be Defeated if All Anti-Government Voters Vote – Tilvin Silva, JVP 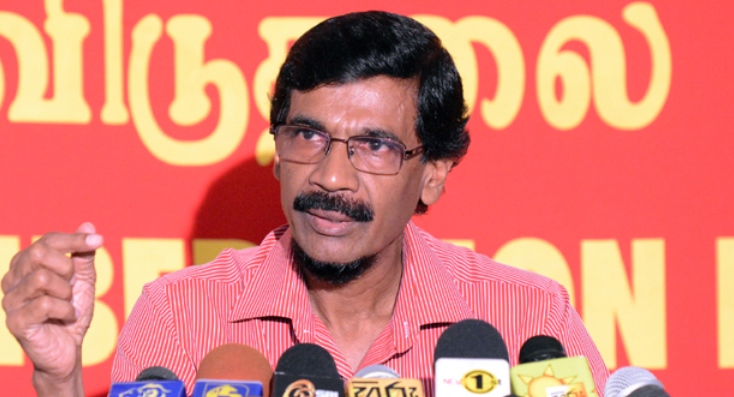 This Uva election creates several records in the electoral history of this country. This is the election where state power was used for the maximum; the largest number of election violations was recorded at this election, the most number of state officials and resources were used in this election. Despite the attempt to distort public opinion by utilizing state power, the UPFA government is confronted with the possibility of not getting a majority to form the provincial council for Uva. The JVP would get considerable power at the election. Most probably the JVP would be the decisive factor in the PC.

The Ministers and MPs of the government boasted that they would win this election. However, the truth is that the government finds it difficult to win Uva. If they could win the election, as they try to make people believe, they need not unleash so much violence. They need not deploy state resources, vehicles, officials or use state media for propaganda and mudslinging if they could win the election easily. Why do they have to give bribes from sil [cloth for religious activity] cloths to deputy ministerial posts if they could win easily? If the government had worked for the people the people themselves would have worked for the government. However, the President who had not been seen in Uva for 5 years has now got to stay in Uva and carry on the election campaign. Whatever it is, the defeat for UPFA cannot be avoided.

We have complained to the Commissioner of Elections and the IGP regarding incidents of election violence and violations. Now, the President himself is violating election laws. He is spending public money to open projects done with public money. He gets UPFA candidates to participate in the opening ceremonies. The whole district is decorated for the ceremonies; motorcades are held. The police cannot do anything about them. Certain opening ceremonies demean the position of presidency. He is having opening ceremonies that should be carried out by pradeshiya sabha chairmen of local councilors. The President is taking part in opening of the Bandarawela bus stand, 7 light posts at Mahiyanganaya and school laboratories. This is a very regrettable as well as a hilarious situation.

At this election the President will have to come down from his throne. They held the convention transporting people from everywhere in the country. There were more buses than people. Now election meetings are held by having opening ceremonies in schools forcing children and parents to participate. On the other day the President spent only 10 minutes at a meeting held in a school at Bandarawela. However, the staff of the school and parents had to spend for the whole ceremony. The children had to buy the flag for Rs.20 to wave when the President arrived. The parents who are forced to participate in these ceremonies go back home referring to the mothers of government leaders. The President has come down to the level of chairman of Tangalle Pradeshiya Sabha.  All this indicates the government has no courage to face the election.

The government is attempting to carry out a serious election violation deploying state employees. Officials of the Ministry of Economic development were deployed on the 6th, 7th and the 8th to carry out a survey. The Ministry had told the Commissioner of Elections that it was not carrying out a survey. However, the survey carried out deceitfully had to be abandoned prematurely when people protested. Also, candidates of the UPFA use state vehicles without any shame. ‘SriLankan’ vehicles travel about with the preference number of President’s nephew. He has no shame to use vehicles with ‘Srilankan’ symbol to display his preference number.

At the meeting with the Commissioner of Elections the IGP promised to stop acts of violence. Even after this thugs of the government have destroyed several election offices of the JVP. No one has been arrested. In Kovulara area a vehicle of the Port Authority drove over the legs of one of our sympathizers breaking both his legs. The vehicle was one that had been used for government’s election campaign. State vehicles are deployed for ruling party’s election campaign so that pedestrians cannot use the public roads. In all these attempts is a psychological move to stop anti-government voters coming to polling stations.  However, we invite voters not to be intimidated by government moves but to come to the polling stations. This is indeed an election that would defeat the government. Hence, we ask state officials not to yield to government orders.

The government suddenly prepared an Army tataoo in Monaragala. UPFA leaders promised the Commissioner of Elections that it would not be held at Badulla. However, according to information we receive, arrangements are being made to hold it at Badulla on the 16th and 17th. The government is engaged in shameful acts in a bid to win the election. Whatever the government does it will face defeat.

The UPFA candidates, using the authority of the President, continue to violate election laws. The Commissioner of Elections has said in public that candidates who violate election laws would lose their seats even if they are elected. We are prepared to make available information we have to the Commissioner of Elections. We ask all voters to go to the polling stations on the 20th without any fear. We would do our best to protect the votes that are polled. Many election officials are making an attempt to hold a free and fair election.

The President is preparing to come to power for a third term. The government hopes to use the Uva PC election as a base for this. The people too could take the political decision of ending the dictatorial path of the government from Uva. Also, all should condemn government’s illegal campaign and undemocratic moves. We invite voters of Uva to come to the polling stations on the 20th to defeat government’s attempt of plundering the election. We are prepared to bring victories to the people and the country through the victory the JVP receives at the Uva PC election.”