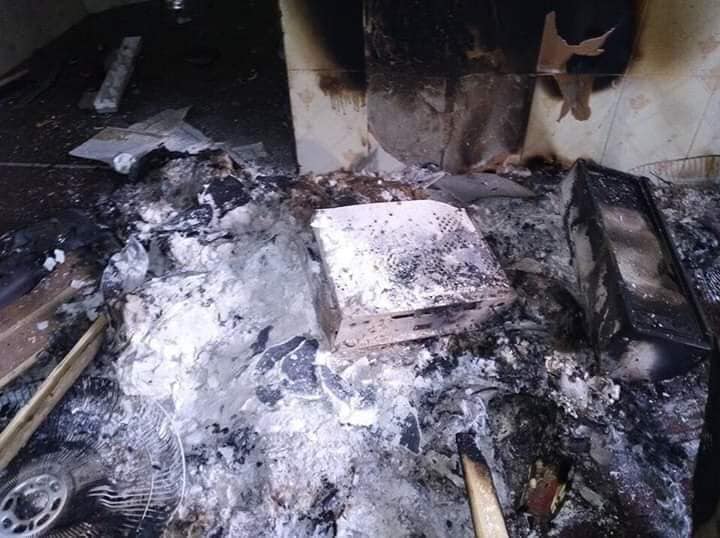 Image: Sri Lanka Muslims have been a target of politically motivated  attacks against in recent times.

In this presidential election in which the main contenders are engaged in a lethal contest for the will and soul of the majority, minorities are practically powerless nonparticipants asking themselves – who are we? Whither are we drifting?

Irrespective of whether we belong to a majority or a minority in plural multi religious multi-ethnic society, at some point or another we must struggle with some essential questions.

What are our values to the world? Who are we? In seeking answers some people brilliantly belligerent, pugnaciously profound stumble upon on a dark recess in their light less souls.

Ali Sabry, PC has recently emerged as the principal point man to curry favour with and enlist the support of the urban middle-class Muslims for president-aspirant Gotabaya Rajapaksa’s meritocracy.

He is combative on social media. With a sharp demonstration of contrived erudition, he celebrated the recent US district court dismissal of Ahimsa’s petition against former Defence Secretary. The dismissal on a technicality of jurisdiction, he claimed was a clear declaration of the innocence of the respondent.

At a recent pocket meeting where he addressed an exclusively Muslim audience Ali Sabry has injected a highly toxic rhetoric to persuade Muslims to vote for Gotabaya Rajapaksa.

It was virtually a doom loop he created for the Muslim community. He addressed them in the vernacular Tamil spoken by the Muslims of our west coast.

Apart from a smattering of Tamil that I picked up during a childhood in a planation, I claim no in-depth command of the Tamil language.

For the purpose of this essay I got Ali Sabry’s pastoral polemic in vernacular Tamil translated by a Muslim academic. For good measure I consulted several Muslim civil society activists to ensure that my reading of Ali Sabry’s strange delegitimising of minority rights is consistent with the facts.

Those precautions were necessary. Comprehending his bizarre epistemology of democracy and minority rights is not easy.

He then exhorts ‘Vote for him and get on to the right side in the contest. If you don’t!’ and leaves the rest hanging in thin air.

Here’s how the speech in the video clip goes:

Ali Sabry: He will win with Sinhala votes. He has already won. That is the truth. What I wish to tell the Muslim people is that we must become party to that victory. If not, what will happen?

A person from the audience responds: “Appadi illaati, ambanekku kedechchum.” (“If we don’t, we will get it properly.”)

(“Yes. Absolutely correct. If not, what will happen? You will get it properly. That’s true. That’s true. So, we ought to know about that. The truth is that.”)

I invite the dispassionate reader to draw his or her rational reconstruction of Sabry’s strange logic. If you get on the wrong side of the future president may god help you is the way a reasonable mind would read Sabry’s sage advice.

Ali Sabry speaks in what is referred to as “Sonakar Thamizh” – a vulgar dialect used by Muslims unschooled in Tamil – a non-literary patois prevalent among Muslims of our western and southern coastline.

He says “Vendu Olinja” which literally means won over and done with. The phrase “ambanekku kedechchum” means you will get it properly or a belly full.

The message is plainly unambiguous, ear-splittingly loud and brutally palpable.

With his sure squeeze among the majority community, Gotabaya Rajapaksa’s victory is inevitable. Therefore, the indulgence and largess of the ‘strongman’ president is an existential imperative for the Muslim minority.

It is an unmistakable proposition that denotes a racist dictatorship made in the supreme belief that a minority can be badgered into submission by the mere suggestion or hint of ferocious strength.

The learned President’s Counsel fully immersed in his mission to persuade his community to support the candidacy of Gotabaya Rajapaksa does not address the question that Pastor Bonhoeffer attempted to answer in his Nazi prison cell. “Who am I? This or the Other? Am I one person to-day and to-morrow another?”

A mercenary mind does not torment itself with such disposable profundities. Avarice ambition equips them to construct their own prison cell. They are not only happy and content in them but thrive in them.

If, however, we adopt the measure that Pastor Bonhoeffer applied to himself when confronting the tyranny of a dictator, we must necessarily conclude that Gota’s mouthpiece is a hypocrite and a contemptible woebegone weakling.

This is the real deal offered by presidential candidate Gotabaya Rajapaksa. ‘Us versus them’ is his real manifesto.

Edited version of an article published in Daily FT