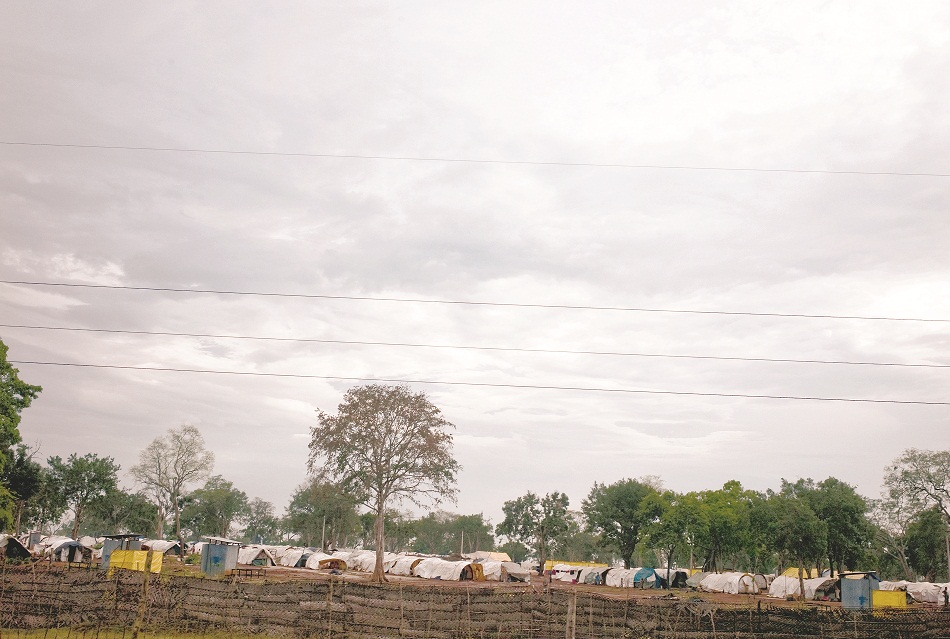 Laksiri Fernando
Anyone of course has a right to advocate ‘abolishing the 13th Amendment’ or anything else for that matter. Sri Lanka should be a free country for peaceful political expression. But what is worrying is the almost ‘fanatical’ advocacy of the ‘abolition of devolution’with the 13th Amendment by the Defence Secretary, Gotabhaya Rajapaksa. What is apparent is his ‘anti-Tamil’ crusade.

Devolution and the 13th Amendment are the ‘trophies’ that the government has been showing the international community and the UN as indications of Sri Lanka’s commitment to resolve the ethnic question in the country. Backtracking on them would undoubtedly spell disaster for the country in the international sphere.

Could there be a connection between his present anti-Tamil crusade and his ‘war crusade’during the last stages of the war? This is not mere speculation, but something important to investigate and/or research in terms of accountability, rule of law, good governance and democracy.

The most important step after the defeat of the LTTE in 2009 would have been to hold the elections to the Northern Provincial Council. If that was done, even a Council favourable to the government could have been the result, if that is the criteria to judge whether there is a threat of separatism or not. This was basically prevented because of the Defence Secretary’s intransigence, military thinking and lack of even political common sense. He seems to be more influential than the President himself or the major party in the UPFA, the SLFP, on the subject of devolution and how to resolve or not to resolve the ethnic issue in the country.

It is also on record that the President talked about ‘13 Plus’ and even in January this year, when the External Affairs Minister of India, SM Krishna came to Colombo, it was reiterated. More importantly, there was a joint statement by India and Sri Lanka in May 2011 and the relevant section of the statement said,“A devolution package, building upon the 13th Amendment (13A), would contribute towards creating the necessary conditions for such reconciliation.”
It is true that the LLRC Report does not make a clear recommendation on the issue of the 13th Amendment. For example, both groups of people who are for and against the 13th Amendment quote different sections from the report for their convenience. But when taken all these sections together, it is clear that the LLRC wanted to deepen devolution further and in that sense and in that sense alone that they suggest “devising an appropriate system of devolution that addresses the needs of the people.” But the abolition of the 13thAmendment is completely against the recommendations and spirit of the LLRC Report. If you ask the Commissioners, they would say so.
Devolution and the 13th Amendment are the ‘trophies’ that the government has been showing the international community and the UN as indications of Sri Lanka’s commitment to resolve the ethnic question in the country. Backtracking on them would undoubtedly spell disaster for the country in the international sphere. The full implementation of the 13th Amendment was there in the periodic report to the UNHRC. Facing the second review just started in Geneva on 22 October, and India being a key country in that process, the Defence Secretary’s arrogant utterances would fix Sri Lanka again into a tight corner.
Conclusion
Sri Lanka’s predicament on the 13th Amendment is a difficult one. If there can be an objective and a dispassionate analysis on the matter that would call for at least some revisions or redesigning of the devolution scheme, yet based on the provinces. There can be pluses, there can be minuses. It is not a question of plus or minus. But given the way that the Rajapaksa regime is presently managing politics, it is extremely dangerous to allow any change to the present devolution under the 13th Amendment. What they would do is what they did to the 17th Amendment. It is unfortunate, but it is the reality.
On the one hand, the regime is intoxicated with power and extreme power to be more precise. On the other hand, it is extremely paranoid about separatism, genuinely or not, even after decisively defeating the LTTE. These are two lethal combinations. This does not mean that there are no risks of resurgence of separatism in the country. Those risks have to be confronted as they come or otherwise Sri Lanka could move again along a perpetual vicious cycle of‘suppression-resistance’ and ‘further suppression and further resistance’ that would repeat the past history itself.
The breaking of this vicious cycle might not be an easy task. But it is possible by moderating positions. It is obvious that efforts should be made not only from the Sinhala side, but from the Tamil side as well. On the issue of the 13thAmendment, however, there cannot be any ambiguity; it should not be allowed to be abrogated. That is the present bottom line.
Share
Facebook
Twitter
WhatsApp
Pinterest
Email