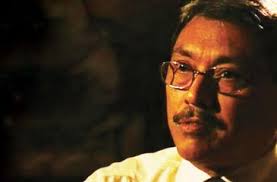 President Gotabaya Rajapaksa has openly crticised the police officers who investigated and provided necessary information to  the Attorney General department to file cases. He has targeted SSP Shani Abeysekera & I.P. Nishantha Silva  for such crimes. Former director Criminal Investigation Department SSP Shani Abeysekara has been  transferred to lower level. I.P. Nishantha de Silve has left the country with is family for safety.

Gotabaya;s statement could be a signal to launch a attack on them at different levels, says political observer in Colombo.

"The man who did the inquiries against us Nishantha Silva has fled to Geneva today" President Gotabaya Rajapaksa accuses CID officers Shani Abeysekera & Nishantha Silva for being biased against him and military officers https://t.co/94Jp8HfyTx

This is a politically motivated transfer. He was leading the investigations into a number of high profile cases of human rights abuses. Why is the acting IGP giving into such pressure? What is matter with the ‘independent’ NPC? And where’s the main opposition @officialunp? #lka https://t.co/2KT3OrBPF2

Facing threats following a change of Government, a top investigator in the Criminal Investigations Department (CID) has been forced to flee the country.

Several news outlets reported that Inspector of Police (IP) Nishantha Silva had fled to Switzerland with his family.

The Police said that Nishantha Silva had left the country without the approval of the Police Department.

There were reports that security provided to Nishantha Silva had been withdrawn after his head, Director of the CID, Shani Abeysekara was transferred a few days ago.

Nishantha Silva was involved in the investigations into high profile criminal cases including that of the murder of journalist Lasantha Wickremetunga and the abduction and disappearance of 11 youth and the disappearance of cartoonist Prageeth Eknaligoda.

Investigators found officers in the Navy and the Army were involved in both cases.

He was however openly criticised by the former opposition, which is now in the Government, for implicating the Navy and the Army over the criminal cases.

Just last week, the National Police Commission had approved the transfer of Shani Abeysekara on a request made by the acting Inspector General of Police (IGP).

He was assigned as the Personal Assistant to the Southern Deputy Inspector General (DIG) of Police.