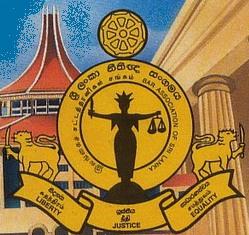 Only Immigration Controller can grant visas

President of the Bar Association of Sri Lanka (BASL), Upul Jayasuriya, yesterday blamed the government for not granting visas to the International Bar Association’s Human Rights Institute (IBAHRI) delegation.
Jayasuriya said in a statement: “The BASL, in collaboration with the International Bar Association (IBL), of which the BASL is a member was organizing a seminar on ‘Commonwealth Values and the Role of the Legal Profession’ to be held on 13 November 2013 at the ‘Grand Monarch’ at Thalawathugoda.
This seminar was to be addressed by Gabriela Knaul, UN Special Rapporteur for Judges and Lawyers, the first-ever UN Special Rapporteur for Judges and Lawyers, Dato Param Kumaraswamy, and a senior representative of the IBA, Alex Wilks. “Their visas were applied for by letter dated 17 August 2013 by the Secretary, BASL along with a visa for Sadakat Kadri. The first three visas were issued whereas Sadakat Kadri was refused his visa.

“Visas that were issued bear the following ETA Nos.

“All three visas were granted on the basis of travel purpose as, Conference, Workshops and Seminars. At no stage has the BASL been written to by the Department of Immigration or any other agency of the government relating to any prior approval for the purpose of holding ‘special procedures’ applicable for the holding of seminars with the participation of foreign dignitaries.

“We have not requested for any assistance from the ministry either in the form of logistics or accommodation. We have made all arrangements to go ahead with the seminar at a time the topic of discussion is most relevant to Sri Lanka.

“We considered it our duty to make the voice of the legal profession heard at a time when Sri Lanka is taking over the Chair-in-office of the coveted Commonwealth Organization, which has now been thwarted with the cancellation of the valid visas that have been issued to them by the Controller of Immigration.”