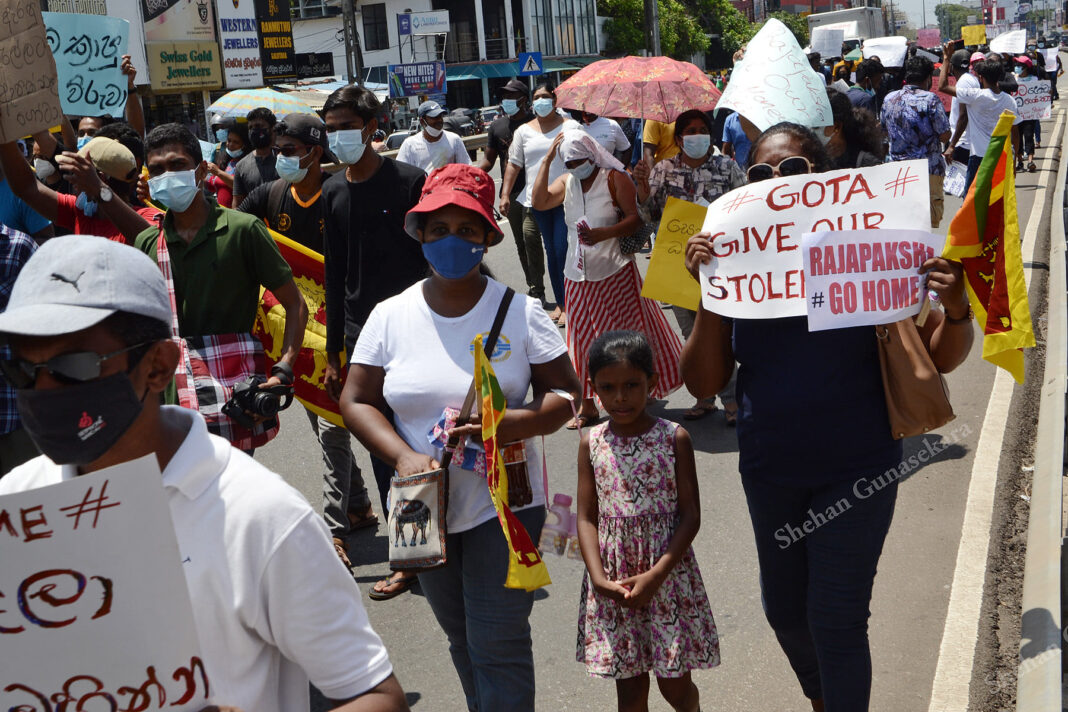 Statement of the organizations of Sri Lankans living abroad.

The slogan “Go, Gota Go!” which the people of Sri Lanka, the vast majority of whom constitute the youth and the politically unattached, have rallied around means much more than asking President Gotabhaya Rajapakse to resign. The people are fed up with the Rajapakse family and do not want any Rajapakse to be in any position of power. The people also do not want an authoritarian rule, whether under a Rajapakse or any other. They also want to get back to their lives, which had been denied due to utter mismanagement by the Rajapakses. The people also want freedom, the freedom to air their views and criticize those in positions of power. The people of Sri Lanka have spoken loudly and clearly.

While reiterating our support for the just demands of our fellow Sri Lankans, we as organisations representing the Sri Lankans living abroad make the following concrete proposals: