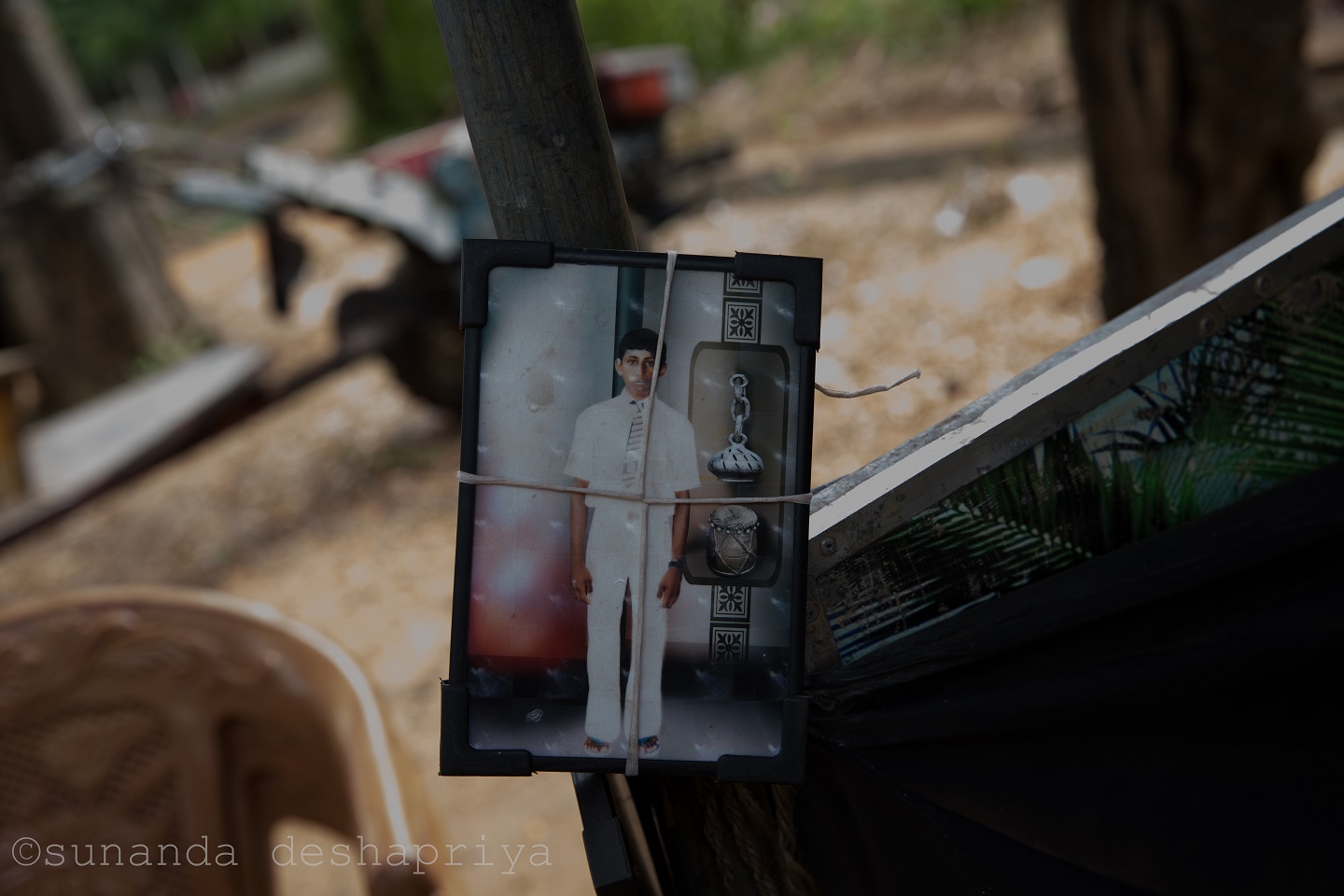 Image: A photo of a disappeared child  being displayed at rotating fast by the families of the disappeared in Vavuniya, Vanni. (c)s . deshapriya.

International Day of the Victims of Enforced Disappearances.

It is with grief and distress that we face another International Day of the Victims of Enforced Disappearances. There are thousands of people who have been the victims of enforced / involuntary disappearances in this country.

The victims of the disappeared have staged peaceful protests in many parts of the country for the past few years and they are continuing the protests, particularly in the North and East Provinces. All that they demand is to ascertain the truth as to what happened to their loved ones. The armed conflict came to an end 8 years ago, yet the issues of the missing persons has not been addressed satisfactorily so far.

The UN General Assembly in 2010, by a resolution, expressed its concern in this regard, as the member nations felt that this is becoming a more serious issue in many parts of the world.   It is sad to note that the victims are continuously being deprived of justice and to the truth about their loved ones in Sri Lanka for so many years.

We urge the Government to give its priority to this matter of concern. People must know as to what happened to those whom they have handed over to the Forces, those who were abducted, those who went missing, and it is their right. This fundamental right cannot be overlooked.  Also, we urge the Government to take action to bring the perpetrators before the law and ensure justice for the victims and to take all necessary steps to prevent enforced disappearances taking place in future in this country.