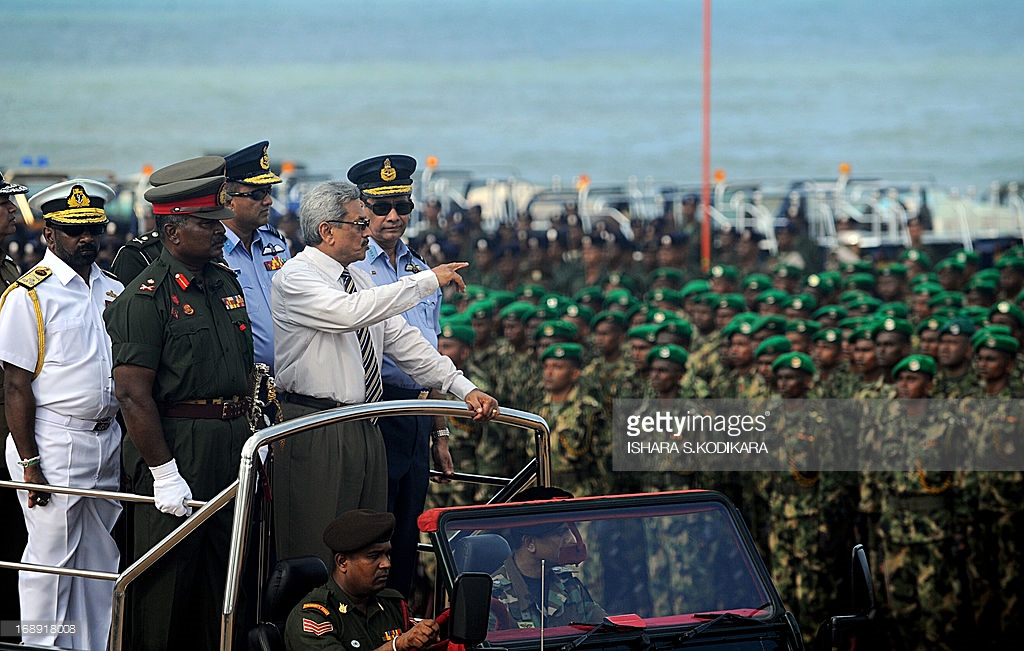 The press has been full of reports that outgoing US Ambassador Atul Keshap has cautioned and advised former President Mahinda Rajapaksa that the nomination of his brother and US citizen Gotabhaya Rajapaksa as candidate for president in 2020, faces a variety of legal and other obstacles, based on the sum total of which, the United States would not consider the same favourably. The fact that this information was first put out and confirmed by the former president’s office, indicated that the Rajapaksa media team initially at least believed that, being seen unfavourably by the West, is an electoral gain.

This is in line with the messaging of the unsuccessful Rajapaksa campaign in 2015, which strained to cast that election as a Rajapaksa versus the West, a Sri Lanka versus Geneva election. Though in actuality, the 2015 election turned out to be Rajapaksa verses the rest of the political parties and the result is history.

Skimming through social media reactions to Ambassador Keshap’s observations, a small section of social media users has rather predictably called on the US to mind their own business, that Sri Lankan politics is the sole preserve of Sri Lankans. This does hold true, but only with the confines of and the context of the fact that, no nation lives in isolation by itself, but within the community of nations which imposes certain norms, treaty obligations and an ever-increasing body of international law commitments on nation states. The majority of social media users though are aware of the legal implications and rights of national jurisdiction over citizens.

The real, legal right which the US Ambassador excised over Gotabhaya Rajapaksa was and is his jurisdiction over him as a naturalized US citizen. Being a citizen of a country places certain legal obligations on the citizen and more importantly provides the State with jurisdiction over its citizens.

US law particularly exercises extra-territorial jurisdiction over its citizens, namely that their actions in overseas territories still make them liable to the US under its own laws. Further US law does not permit its citizens to hold political office in foreign governments. An official position like a ministry secretary is allowed, a political office is not. A US green-card holder, who is merely a permanent resident, may do so but not a citizen. Gotabhaya Rajapaksa is a dual, US citizen and also a Sri Lankan citizen, thereby being subject to the concurrent dual jurisdiction of both countries.

Ambassador Keshap reportedly made the observation that the skill set required to lead a military and security establishment, where orders are followed without question are not the skills required for managing democratic diversity in a pluralistic society.

There have been claims by some JO stalwarts that US citizenship can be renounced at any time. But US citizenship is not like a job, which you simply resign by sending in a letter. Renouncing US citizenship requires that you leave with a clean slate. US law does not permit its citizens to get out of potential legal jeopardy by simply renouncing citizenship to remove US jurisdiction. In that instance, the US refuses to grant such a release. Accordingly, the various allegations against Rajapaksa, including in the US, regarding especially human rights violations would need to be resolved before US citizenship is cancelled.

The political landscape post the 19th Amendment to the Constitution is somewhat different from the period of the two terms in office. One feature of the 19th Amendment is the specific stricture and prohibition on foreign citizens being members of Parliament.

One MP lost her seat as well through the courts for being a foreign citizen. While the 19th Amendment is silent on the specific issue of a foreign national or a dual citizen being head of state, head of government and commander-in-chief of the armed forces, the laws of natural justice, the original intent of the framers of the constitution and common law if not common sense would create a fairly convincing constitutional fundamental rights case that a foreign dual citizen is ineligible to be Sri Lanka’s president under our constitution.

After all our basic response to even the Geneva UNHRC resolution for foreign and Commonwealth judges, despite the tradition of Commonwealth commonality of a call to the Bar and the legal profession, is that foreigners cannot be allowed to preside over Sri Lankan judicial processes. It would be weird if they can preside over our state and government. It stands to reason then, that we cannot allow a foreign or dual national to be president.

Political observers would recall how on the polling day of the 2010 presidential election, Wimal Weerawansa, then a rather vociferous minster in the Rajapaksa Government, went on national television while polling was going on, to claim that a vote for the then opposition presidential candidate General Sarath Fonseka, a US permanent resident or green card holder, would be null and void because he is ineligible to be president and a vote for him would be a wasted vote.

The broadcast was only stopped when the Election Commissioner intervened following protests by General Fonseka’s campaign and the UNP.

However, Wimal Weerawansa whose monolingual eloquence of speech, has never been in doubt, makes a compelling argument that a foreign citizen (he actually argues even a resident, who is merely a long-term visa holder of sorts) could not and should not be elected the head of state, head of government and commander-in-chief of the armed forces of Sri Lanka.

No doubt Weerawansa’s verbal heroics in 2010, may well come back to haunt the JO and the Rajapaksas in the run-up to the 2020 elections.