FUTA Strike and the Conspiracy Stories 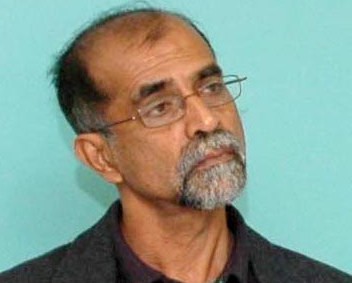 Jayadeva Uyangoda, Member, Arts Faculty Teachers’ Association (AFTA), University of Colombo
Some politicians and media officials linked to the government have begun to describe the FUTA strike as  an attempt to overthrow the present government. Some have even come out with the fantastic idea that the F UTA is planning a ‘Suharto style’ conspiracy.  I understand that my name has been linked to this imagined conspiracy, either as a co-conspirator, or even as the leading conspirator.  I don’t think I deserve such an honour.
Although I am amused by these conspiracy stories, which are nothing but political mud-slinging against the FUTA, I am also concerned about them, because they are propagated in some sections of the government media, with sinister objectives.
First, for the protection of FUTA leadership, myself and our families, I strongly reject these conspiracy allegations as malicious, absurd and totally untrue.
Making allegations against trade union struggles as ‘anti-government conspiracies’ is not new. This has been a practice resorted to by all Sri Lankan governments for decades, beginning in the early 1950s. It became worse since the 1970s.   But, there is a difference between then and now. If some organization or an individual is branded publicly by powerful people linked to the government as ‘conspirators’, it can lead to serious consequences for the safety and security of individuals thus targeted. The Sri Lanka in which we live today is no longer a place where the rule of law protects its citizens as a matter of course.
To return to the FUTA strike, it is not incorrect to say that the FUTA strike has political overtones. It seeks policy changes with regard to education. It challenges the government’s positions on education, allocation of public expenditure, and, the role of the state in social issues. It critiques the government’s policy priorities. It actually argues for policy reforms on education, particularly in higher education. This is an attempt for minimalist regime reform, and not in any way a project of regime change. Therefore, to construe the FUTA strike as an attempt to provoke an Indonesian style, or even Arab-Spring style, political uprising is according a totally unwarranted negative significance to a middle-class trade union action.
Interestingly, the logic of the conspiracy thesis, propagated by the government supporters, also suggests that it is based on the assessment that President Rajapakse’s UPFA government is weak, vulnerable to a strike action by just one trade union, and utterly incapable of managing the strike without allowing it to spread to other sectors.  This is actually wrong logic. All in the FUTA are quite aware of the fact the UPFA is not a weak government that can fall, merely because academics are engaged in a protracted strike. They know that brining political pressure on the government is a legitimate and lawful strategy to win their trade union demands.  Unions usually do such mobilization as a part of trade union politics. However, mobilization can spread to other sectors, not because of the FUTA action, but because of the way in which the government handles it.  If the government resorts to outright repression, as some in the government appear to insist, then it may generate further opposition in society. Then, the government will also be compelled to be more repressive, producing a new logic of repression-resistance-repression-resistance. But, prudent governments do not usually handle trade union issues in that fashion, as Mr. Jayewardene did three decades ago, on the argument that the government should not give into demands from trade unions. Actually, the government of President Rajapakse has ample reasons to listen to FUTA demands, because many university academics, who are in the strike now, –except a very few — have been in the forefront of the  campaign to elect and re-elect him in 2005 and 2010. Prudent governments also usually listen to their constituencies, instead of antagonizing them.
It appears that the government has two parallel tracks to deal with the FUTA strike. One stresses a hardline approach with no concessions to, or compromise with, the striking academics. The conspiracy story seems to emanate from the faction which advances this hardline track. The other is for a negotiated settlement though compromise. When the negotiation track has begun to show some positive directions, the other line seems to be determined to undermine the possibilities of a compromise. That is why they appear to be trying to re-define the FUTA action as a national security issue. Let us hope that leaders of the government will not make the mistake of treating trade union issues as national security issues, as being suggested by some fringe elements.
Jayadeva Uyangoda
September 19, 2012
Share
Facebook
Twitter
WhatsApp
Pinterest
Email