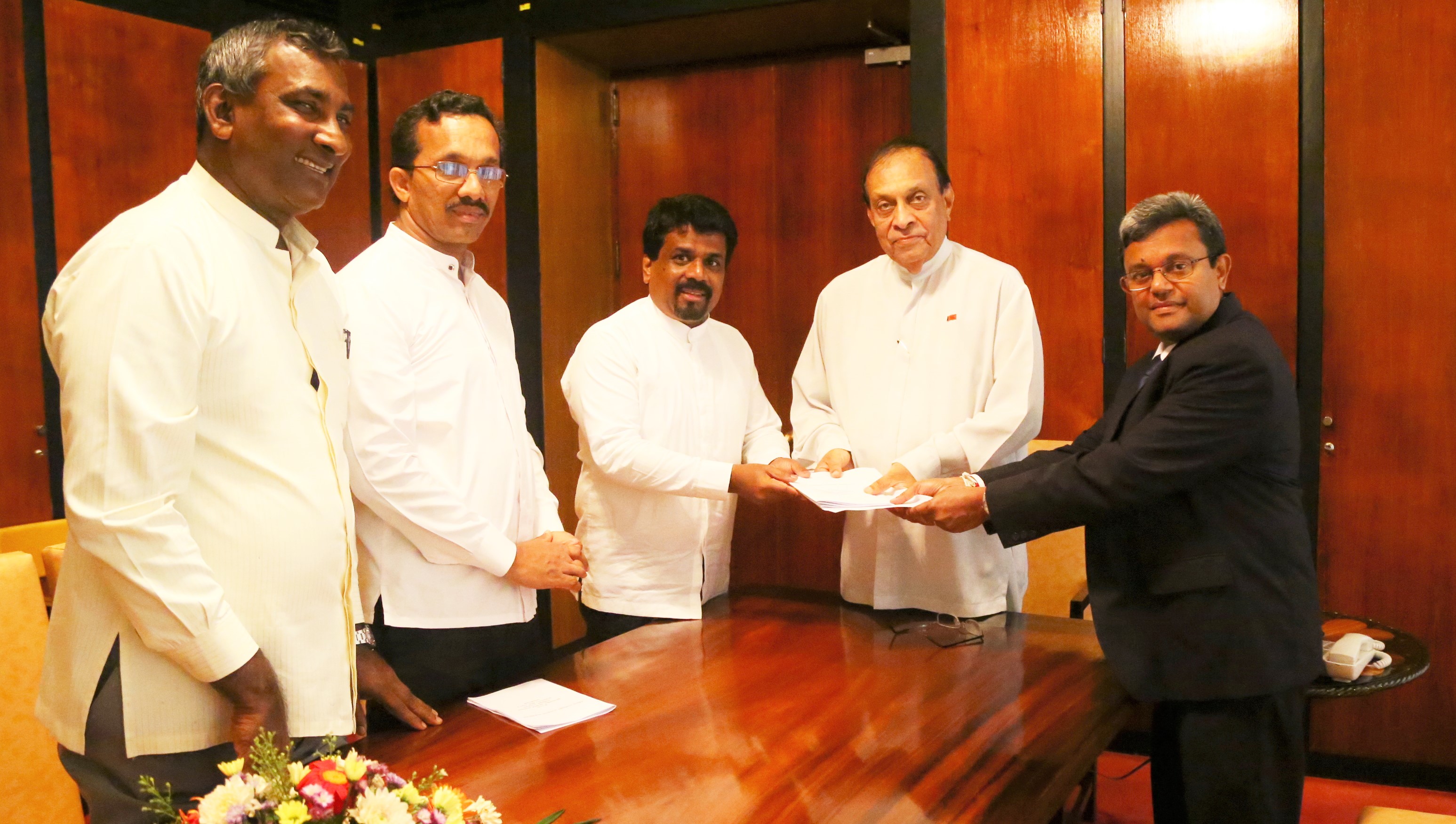 The draft of the proposal was handed over as a private member’s proposal of the JVP Leader Anura Dissanayaka to the Secretary-General of Parliament in front of the Speaker Karu Jayasuriya.
The proposal would be first directed to the Auditor General’s Department before it is presented to Parliament say sources. Most probably it  will go before the Supreme Court  as well. The SC may decide whether the amendment needs a referendum  or 2/3 majority of the parliament.
The amendment fellows: Twentieth Amendment to the Constitution – English
Share
Facebook
Twitter
WhatsApp
Pinterest
Email