From a bitter critic to Eelam champion;She has taken cautious line when it came to the LTTE 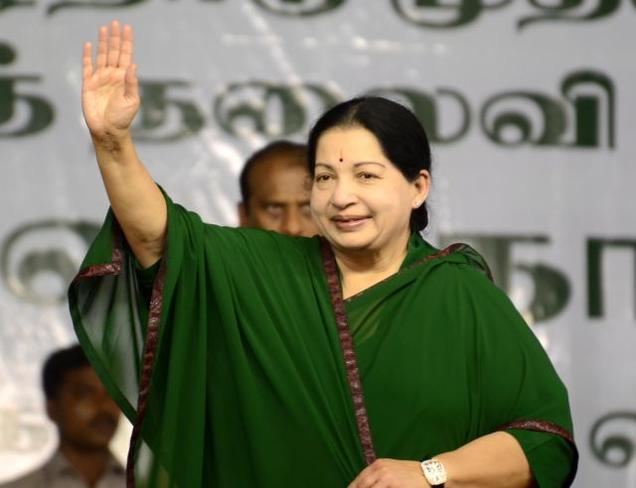 B. Kolappan
From a bitter critic of the LTTE to a champion of the ‘Tamil Eelam’ cause, the political evolution of the AIADMK headed by Chief Minister Jayalalithaa has always been a roller-coaster ride.
Her political mentor M.G. Ramachandran gave political and monetary support to the LTTE led by V. Prabhakaran to purchase arms and the militant group was seen as being closer to the AIADMK than the DMK. But the AIADMK’s sympathy for the LTTE vanished in the wake of Rajiv Gandhi’s assassination.
It was during her very first tenure as Chief Minister that she had to go after the LTTE which was entrenched in many forms in Tamil Nadu. It was she who demanded that the Centre ban the LTTE, which was done in 1992. In her second tenure, she invoked the Prevention of Terrorism Act against LTTE sympathisers, including MDMK general secretary Vaiko.
In 2002, days after Prabhakaran held a much-attended press conference in the Vanni region, Ms. Jayalalithaa got a resolution passed in the Assembly, demanding that the LTTE leader be captured and extradited to India to face trial in the Rajiv Gandhi assassination case. Prabhakaran had in that press conference described the Gandhi killing as a “tragic incident” that had occurred years before, drawing condemnation from the Congress and other parties in India.
At one point when the civil war in the island nation was at its peak and there were reports of civilian casualties, she remarked that civilians dying was inevitable in a war. Ms. Jayalalithaa did not give up her stout opposition to the LTTE for years, but in run-up to the 2009 Lok Sabha polls, which coincided with the last days of the Tamil Tigers, she spoke of sending the army to liberate the Tamils in Sri Lanka.
This was a marked change in her approach to the Sri Lankan issue. Gauging the public mood, she observed a one-day fast to express solidarity with Tamil civilians and urged the Indian government to enforce a ceasefire. But she has trod a cautious line when it came to the LTTE.
Later, when the LTTE was defeated and its leaders were killed, she said she did not condemn the annihilation of the LTTE. “What I condemn is the wanton killing of LTTE activists who surrendered, waving white flags before the Sri Lankan Armed forces. What I condemn is the killing of 50,000 unarmed civilians coming out of their bunkers, lured into believing that the war had come to an end,” she said.
However, in her present term, she sought the commutation of the death sentence awarded to three men in the Rajiv case, and an Assembly resolution was passed.
The resolution calling for a referendum in Sri Lanka to ascertain the opinion of the Tamils there on a separate ‘Eelam’ is the latest in a series of gestures towards Sri Lankan Tamils.
The Hindu
Share
Facebook
Twitter
WhatsApp
Pinterest
Email