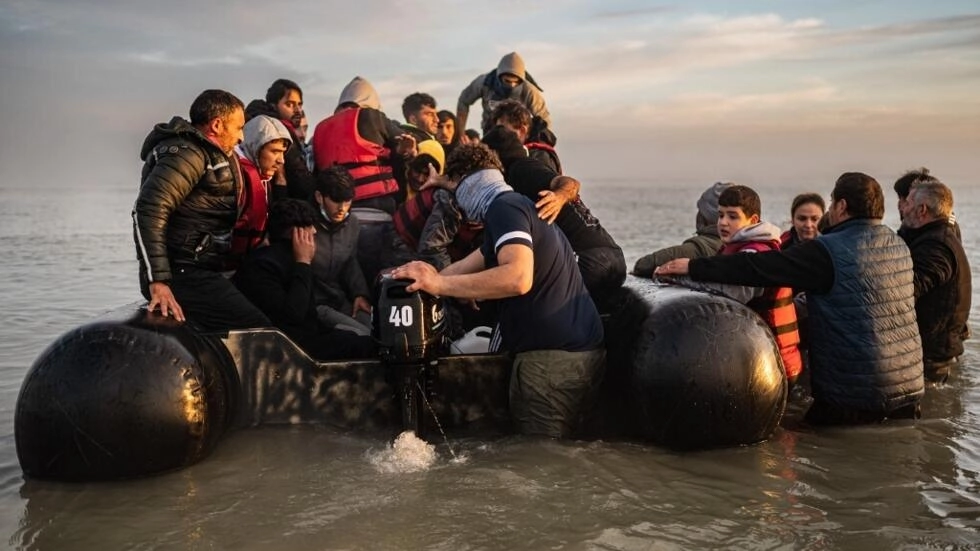 Migrants board a smuggler’s boat on the beach of Gravelines, near Dunkirk, northern France on October 12, 2022, in an attempt to cross the English Channel. AFP – SAMEER AL-DOUMY/FRI

A court in northern France has sentenced 14 Sri Lankan nationals to prison for operating a people-smuggling ring across Europe – part of a continent-wide attempt to crack down on the lucrative criminal networks.

The main suspect, accused of overseeing the operation from a grocery store in the village of Serifontaine, 80km north of Paris, was handed a four-year prison term, with one year suspended.

Investigators determined that he set the prices and routes for moving migrants from Sri Lanka and Bangladesh across the continent from Ukraine, with the help of bribes to officials in Eastern Europe.

Smuggling gangs have flourished as increasing numbers of migrants have headed for Europe in recent years, with many hoping to cross the English Channel and reach Britain.

More than 45,000 migrants made the perilous crossing from mainland Europe to Britain in 2022, surpassing the previous year’s record by more than 17,000, according to UK government figures.

Another suspect, who is based in Britain but fighting extradition requests, was given a five-year sentence, while the others were given shorter prison terms.