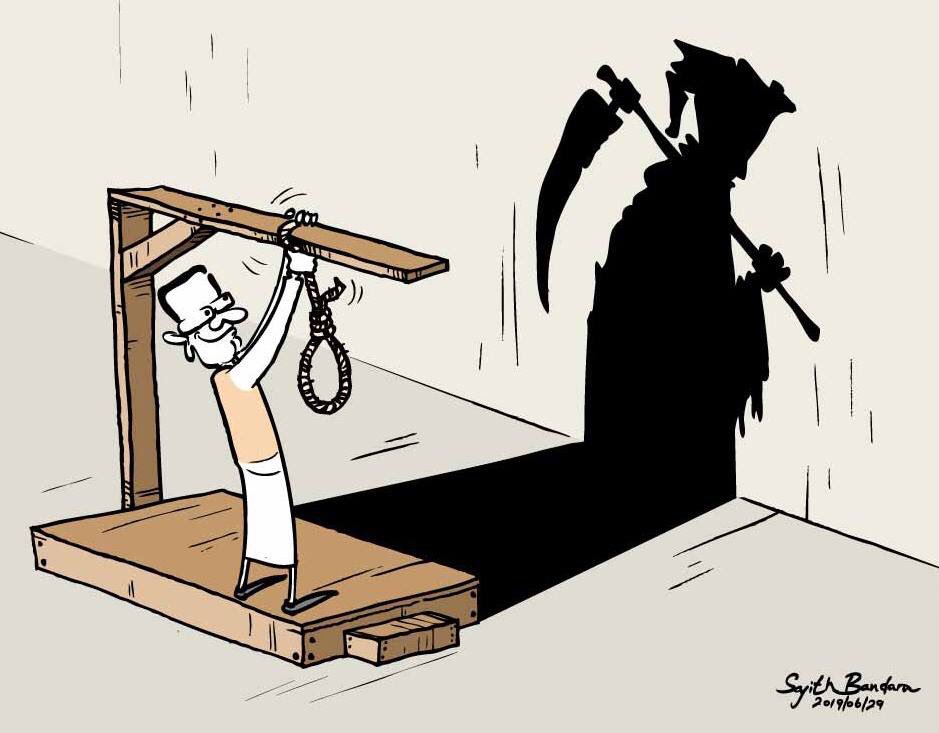 Norway and Germany have expressed deep concern regarding the Sri Lankan President’s decision to resume executions in the country for drug offenders.

“Norway is deeply concerned that Sri Lanka intends to implement the death penalty, which would put an end to Sri Lanka’s 43-year moratorium on the use of this cruel and irreversible punishment,” the Norwegian Embassy in Colombo said.

The statement said that as recently as December 2018, Sri Lanka was one of 120 countries that voted in favour of a UN General Assembly resolution calling for a moratorium on the use of the death penalty.

“The vote was a tangible sign of the global trend to move away from the use of the death penalty.”

“Norway strongly opposes all use of the death penalty as a matter of principle. We believe that states have a duty to protect the safety, well-being and human rights of all their citizens.”

“We have communicated our position and raised our concerns regarding this issue at the highest levels of the Sri Lankan Government, and we urge Sri Lanka to refrain from reinstating the death penalty,” the statement said.

Meanwhile the German Commissioner for Human Rights Barbel Kofler has also issued a statement in response to reports that the Sri Lankan President had publically announced that executions were to take place.

“I am extremely concerned by reports that President Sirisena has publically announced that four death sentences are to be carried out,” she said.

She appealed to the Sri Lankan Government to continue to refrain from carrying out executions following a moratorium lasting more than 40 years, to which Sri Lanka itself expressed its commitment as recently as December 2018.

Executions would be a considerable setback along the path towards a reconciled and peaceful society, said the Federal Government Commissioner for Human Rights Policy and Humanitarian Aid at the Federal Foreign Office.

The application of the death penalty damages Sri Lanka’s reputation, its ambitions in the area of human rights and the country as a business location, she stressed.

Issuing a statement, the France government also said it is deeply concerned at the announcement and urged the Sri Lankan authorities to maintain the moratorium on the death penalty.

“A resumption of executions would be inconsistent with the recent commitments made by Sri Lanka, which voted in support of the resolution calling for a universal moratorium on the use of the death penalty during the most recent UN General Assembly session just six months ago, with the justice minister taking part in the 7th World Congress against the Death Penalty in Brussels in February.”

“France reaffirms its opposition to the death penalty everywhere and under all circumstances and encourages Sri Lanka to join the countries that have permanently abolished this inhumane, unjust and ineffective punishment,” the foreign ministry said.