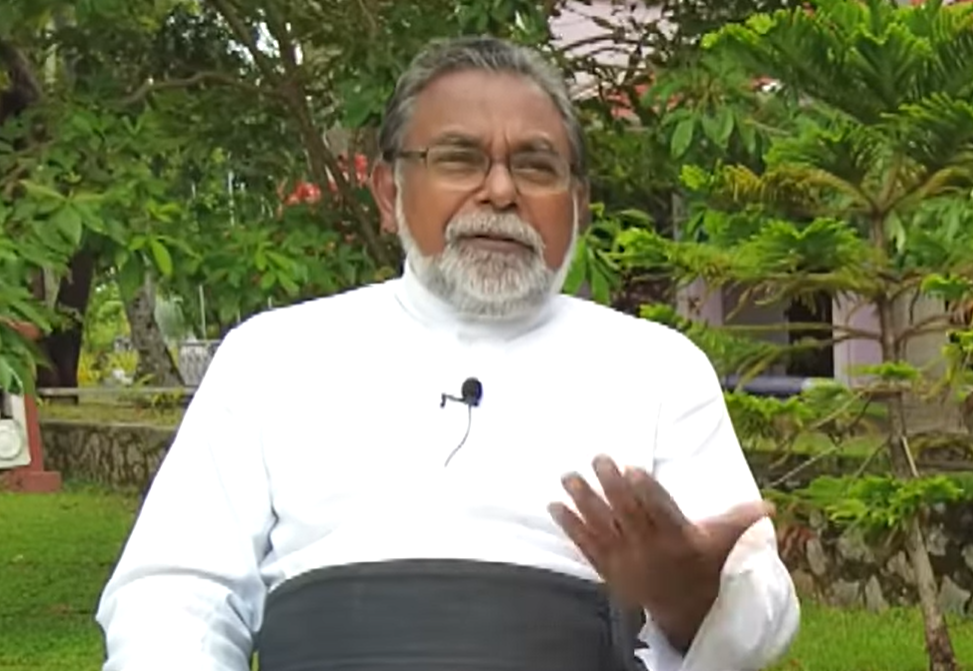 Father Cyril Gamini Fernando has filed a fundamental rights (FR) petition seeking an injunction order preventing him from being arrested by the police.

The petition was filed before the Supreme Court.

Last week, the Director of the State Intelligence Service (SIS), Major General Suresh Sallay filed a complaint with the Criminal Investigation Department (CID) pertaining to the allegations made by Fr. Gamini and several other individuals during an online forum held on October 23 to brief Sri Lankan community living overseas on the Easter Sunday attacks.

The complaint referred to comments made by Rev. Fr. Cyril Gamini, who is a member of the National Catholic Committee for Justice to Easter Sunday Attack Victims, during the online forum alleging that the country’s intelligence units had provided financial and other assistance to Zahran Hashim, the leader of the National Thowheed Jamaath (NTJ) who was behind the suicide bombings.

The complaint states that it was also alleged, during the webinar, that the then-Brigadier Suresh Sallay had played an active role in nurturing Zahran Hashim and his followers.

Major General Sallay had strongly denied the allegations leveled by Father Cyril Gamini and others during the webinar while also charging that the allegations were “made with the intention of discrediting him” and are completely false.

Later, on October 27, the CID informed the Colombo Magistrate’s Court that investigations have commenced regarding the complaint filed by the Major General Suresh Sallay.

Fr. Cyril Gamini, who was summoned by the CID the following day to record a statement in connection with the complaint filed by the SIS chief, had requested for one week’s time to provide the statement. This was informed by three Catholics priests who appeared before the CID on behalf of Fr. Cyril Gamini.