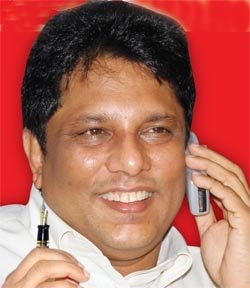 Nirmala Kannangara
Four years after the brutal assassination of the Founding Editor-in-Chief of The Sunday Leader newspaper Lasantha Wickrematunge, the police are yet to make a breakthrough and the murderers are roaming free.
Two suspects were arrested following Wickrematunge’s murder – Kandegedara Piyawansha and Pichchai Jesudasan.

Requests made by lawyers appearing for Wickrematunge’s interests to get a copy of Piyawansha’s statement were denied. The Criminal Investigations Department (CID) had said the statement had to be sent to the IGP to conduct further investigations.

The case was then handed over to the Terrorism Investigations Department (TID). Repeated requests by the lawyers for a copy of Piyawansha’s statement were denied by the TID saying it would hamper the progress of the investigation.

Meanwhile, Jesudasan died while in custody on October 15, 2011.

Since then, the police have been unable to make any arrests in relation to the suspects involved in the assassination.

Lasantha Manilal Wickrematunge was stabbed on his neck and head in broad daylight on January 8, 2009 while on his way to office at Attidiya, which is a high security zone in close proximity to the Air Force Base, Ratmalana.

Wickrematunge later succumbed to the brain injuries he sustained at the Colombo South Teaching Hospital Kalubowila the same afternoon creating an irreparable loss to press freedom in general and to investigative journalism in particular.

Subsequent to the assassination, four police teams were appointed to conduct the investigations and two suspects believed to have had a link to the assassination were taken into custody together with Wickrematunge’s mobile phone that went missing after the attack.

However, the police later said that the public assistance was sought for a breakthrough into the killing. According to the then Police Spokesman SSP Ranjith Gunasekera since the general public was not co-operating with the police for a breakthrough they have had to depend on the circumstantial and scientific evidence.

Meanwhile, Minister Keheliya Rambukwella at a media briefing on January 28, 2009 stated that he and President Mahinda Rajapaksa were aware of the identity of Wickrematunge’s murderers and that the President would make the facts known on February 15.

Although it was as such, the request made by the wife of the slain Editor-in-Chief Sonali Samarasinghe Wickrematunge to the IGP in a letter dated March 15, 2009 to get a statement recorded from Minister Keheliya Rambukwella to ascertain the identity of her late husband’s assassins has not met.

The police once again failed to record a statement from the then Deputy Highways Minister Mervyn Silva on a statement he has given to a private TV channel on Wednesday, October 6, 2010 that he has evidence to substantiate who was responsible for Wickrematunge’s murder.

When contacted Police Spokesman SSP Prashantha Jayakody on Friday (4) to find out the latest investigation status into Wickrematunge’s murder, he said that the police report has been submitted to the Attorney General for his perusal.

“We arrested two suspects and one died while imprisonment and the other was released on bail. The police report has now been submitted to the Attorney General and we are waiting for his instructions for further investigations,” Jayakody said.

When asked why the police failed to record a statement from Minister Rambukwella as requested by Ms. Wickrematunge, Jayakody said that he did not know anything about it and had to refer the police report submitted to the AG.

“I was not the Police Media Spokesman then. I do not know anything about it,” he added.

However when asked whether the police have recorded a statement from Minister Mervyn Silva in regard to his statement made to a private TV, Jayakody said that the police do not know about what Silva has stated.

“If you know that Minister Silva has made such a statement why won’t you come to the Terrorist Investigation Unit (TID) and lodge a complaint. If so we can act on it. The police do not know about such a statement and even I am not aware about it as I was not the Police Spokesman at that time,” said Jayakody.
————