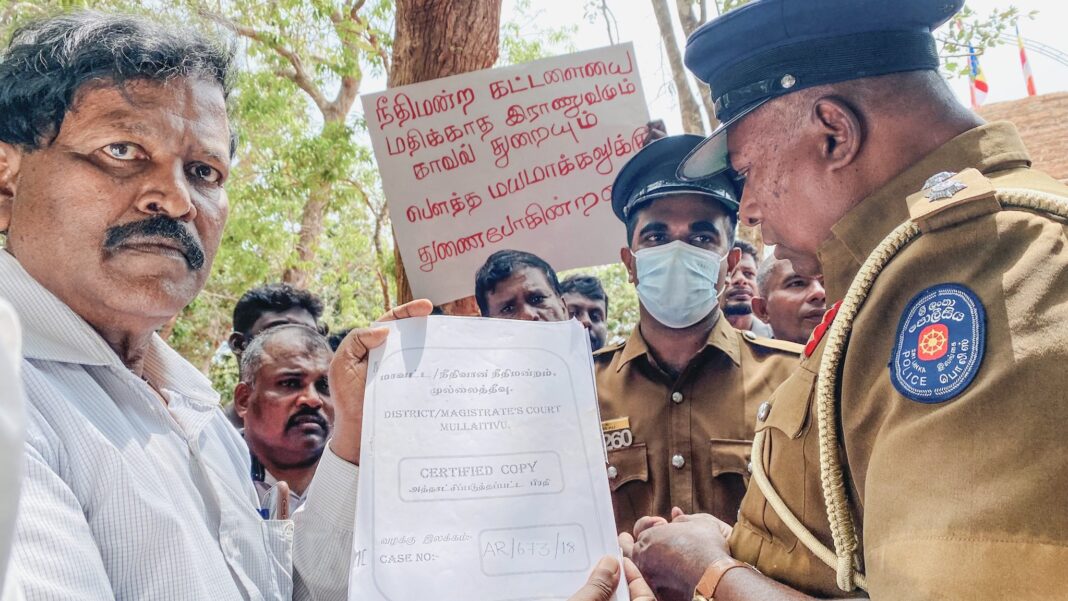 Weerasekera that the TNA was “making defamatory statements towards Buddhist monks and Buddhist teachings,” according to the Colombo Gazette. Adding that the Buddhist community “did not harm ordinary Tamils,” he did however warn “there is a limit to the patience of Sinhalese Buddhists”.

The minister has a record of ultranationalism having previously argued that NGOs and civil society activists should be charged with treason and sentenced to death for their criticism of Sri Lanka.

He had also called for the Tamil National Alliance (TNA) to be banned and rallied against the Sri Lankan national anthem being sung in Tamil. In January last year, Weerasekera attacked Tamil protesters in Jaffna claiming that they had no right to remember “dead terrorists”.

Despite his racist remarks, Weerasekera received the highest number of preferential votes in the Colombo district in 2020’s parliamentary election, and went on to represent the Sri Lankan capital in parliament.

His warning echoes that made of other racists in recent years, including Buddhist monks who in 2020 threatened, “A river of blood will flow in the North and East” if Tamils demanded devolution.

I would like to warn @ReAdSarath not to test the patience of all Sri Lankans with your racist / divisive comments. Stop using the diversity of Sri Lankans for your political agenda. We have spent almost your lifetime doing tht. My generation do not want to repeat the same mistake https://t.co/xM6O0Berfl