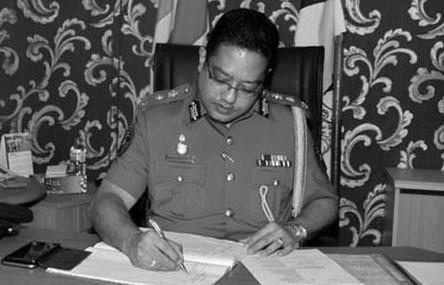 He further said that there was a deliberate attempt to blame the LTTE, but the SIS knew that weapons had been stolen by Easter attacks ring leader Zahran Hashim’s group the National Thowheed Jammat (NTJ).

The Archbishop said the former SIS Chief cannot be accepted as a crown witness over the 2019 Easter attacks case, instead, he should be prosecuted.

Cardinal Malcolm Ranjith also said that the report by the Presidential Commission of Inquiry on the attacks proves that the Government is not doing its duties.

He said therefore, they are forced to go to the international community to find the truth behind the attacks and those involved.

The Archbishop also revealed that his Holiness Pope Francis has responded to his letter on the Easter attacks, expressing solidarity with his attempts to seek justice for the victims of the attacks. (NewsWire)